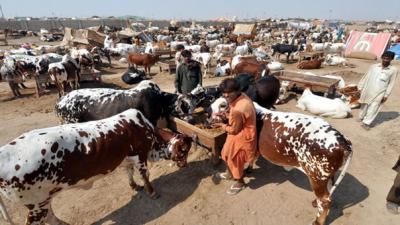 KARACHI: Karachiites spent around Rs30 billion in sacrificing animals on this year’s Eidul Azha, which speaks volumes about the success of the ongoing crackdown against criminal elements in the provincial capital.

Last year the prices of sacrificial animals had dropped considerably but on the contrary the rates of the cattle went through the roof this time around. So much so that people who went to the market to buy the sacrificial animal on the third day of Eid in a hope to get some discount had to return empty handed.