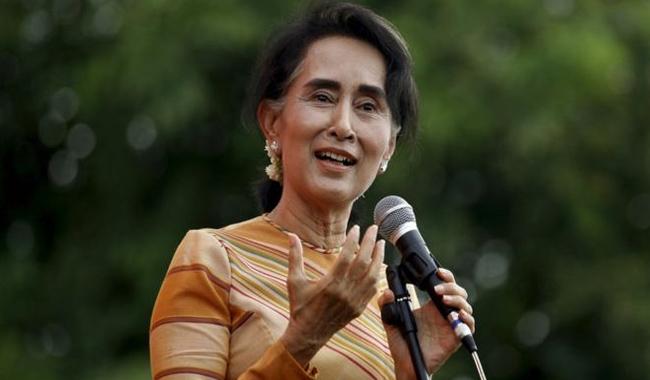 LONDON: The Oxford City's Council has approved the motion stripping Myanmar's Aung San Suu Kyi of 'Freedom of Oxford' award amid criticism of her response to the Rohingya crisis.

A cross-party motion was unanimously passed by the city council on 2nd October, which said it was “no longer appropriate” to celebrate the Nobel Peace Prize laureate after violence erupted across Myanmar in August.

Aung San Suu Kyi, has close links to the city of Oxford. She has lived in Park Town with her family and has also attended St. Hugh’s College from 1964 to 1967 earlier.

According to details, the de facto leader of Myanmar was granted the honour in 1997 for her "long struggle for democracy".

More than half a million Rohingya Muslims have fled Myanmar to Bangladesh following recent violence.

Aung San Suu Kyi became a worldwide figurehead for freedom before leading her National League for Democracy party to victory in open elections in November 2015.

After Myanmar leader failed to denounce the military or address allegations of ethnic cleansing, she has been criticized by world leaders and groups like Amnesty International.

Other organisations are now reconsidering honours given to Ms Suu Kyi, BBC world affairs editor John Simpson said, "I think it is perfectly natural to look around for ways of saying we disapprove utterly of what you are doing," he told BBC Radio Oxford.

Oxford City Council leader, Bob Price, has earlier supported the motion to remove her honour and confirmed it would be an "unprecedented step" for Oxford to do so.

In welcome news for poor nations, US backs waiver for coronavirus vaccine patents