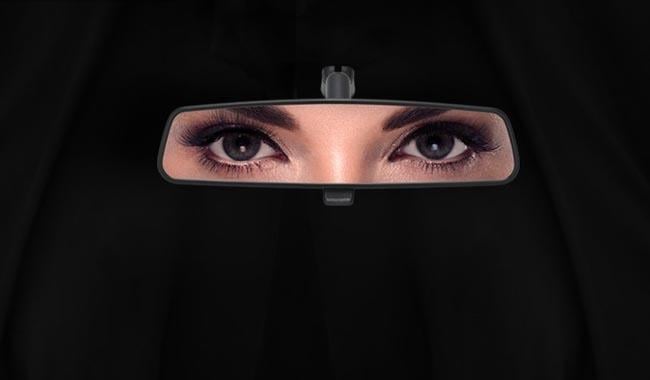 Saudi King Salman on Tuesday ordered that women be allowed to drive from next June, in a historic decision that makes the ultra-conservative kingdom the last country in the world to permit women behind the wheel.

The longstanding driving ban was seen globally as a symbol of repression of women in the Gulf kingdom and comes after a years-long resistance from female activists.

Following the development, several auto companies jumped on the news looking at immediate spike in potential users of their product. But Ford came up with the most creative idea.

In a tweet, the automaker posted an image of a woman’s eyes in a rearview mirror, surrounded black rippled material that’s evocative of a veil. “Welcome to the driver’s seat,” says the copy.

After the announcement, the hashtags "I am my own guardian" and "Saudi Women Can Drive" began gaining traction on social media while many openly lampooned conservatives who long favoured the ban.

After Saudi Arabia permits women to drive, @Nissan, @Ford, and @Volkswagen publish ads. Ford's is the most visually interesting, in my view. pic.twitter.com/nqBERNfHWU

In another major break from the past, a dazzling gender-mixed celebration of national day was organized at the weekend, the first of its kind, which aimed to spotlight the kingdom's reform drive despite a backlash from religious conservatives.

Petrol prices likely to increase by Rs11.95 per litre