FUKUOKA: A couple from Thailand, a Chinese academic and a Cambodian musician were recently awarded with the prestigious Fukuoka Prize 2017.

The presentation ceremony was held at ACROS International Hall, Fukuoka and attended by His Imperial Highness Prince Akishino and his wife Princess Kiko and Mayer of Fukuoka City, Takashima Soichiro.

Thai economist Pasuk Phongpaichit and her husband British historian Chris Baker were together recognized for their multi-disciplinary and comprehensive analysis of the social changes which Thailand has experienced since the period of rapid economic growth in the 1980s, according to the award presentation. 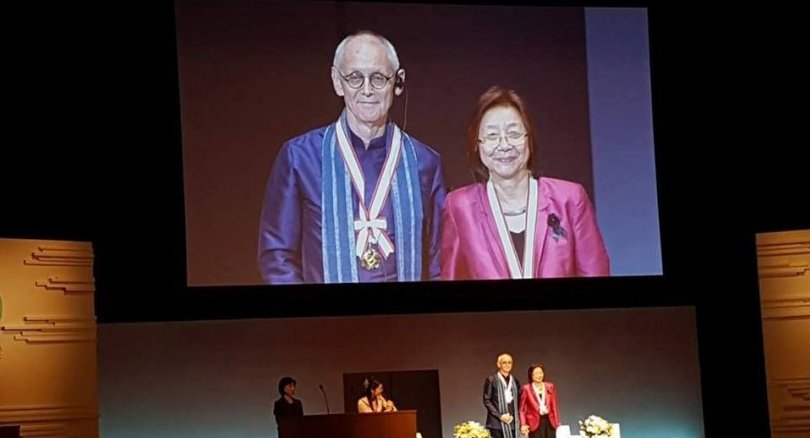 The academic pair who have published several significant works on the modern Thai history, said, they were delighted and proud not just because of the recognition but for what this prize actually stand for.

“The Fukuoka Prize celebrates the great diversity among people, dedicated to people and encourages cultural exchange as means for the world of peace,  harmony and justice”, said Ms Pasuk in her thank-you speech. “These are creations that have motivated our work.”

Mr.Baker, apparently looking happy more than his wife, said he was very proud of this, especially as they were the first couple to win the prize.

“Somehow in our case one plus one equals more than two. We’ve made something out of our differences; female and male, Thai and English, East and West, economist and historian,” the British scholar said. 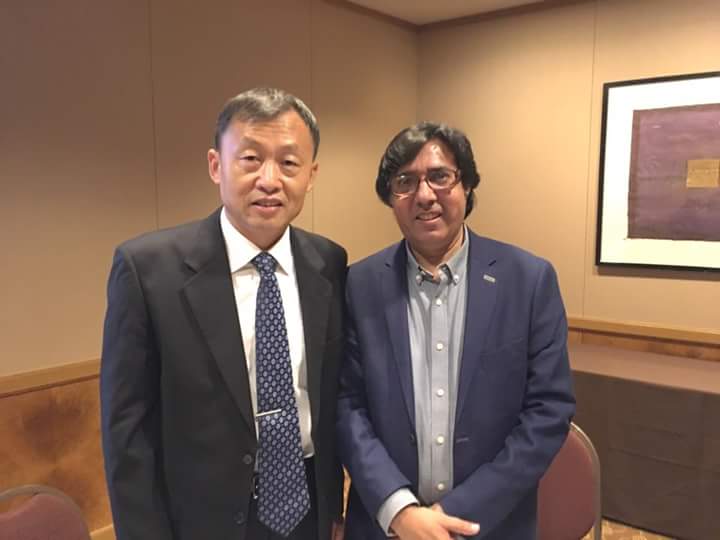 “Today again with the world seeing another point of change and great uncertainty, the aspiration underlying this prize is more important than ever. Thank you, Fukuoka for creating this prize.”

Two other laureates honoured at the ceremony were Wang Ming from China, winner of the Academic Prize for advocating NGO studies and environmental governance in his country, and Kong Nay, a visually impaired musician from Cambodia.

Nay received the Art and Culture Prize for his ongoing efforts to preserve the Chapey, a traditional Cambodian musical instrument disappearing amidst the arrival and popularity of contemporary music in the country. 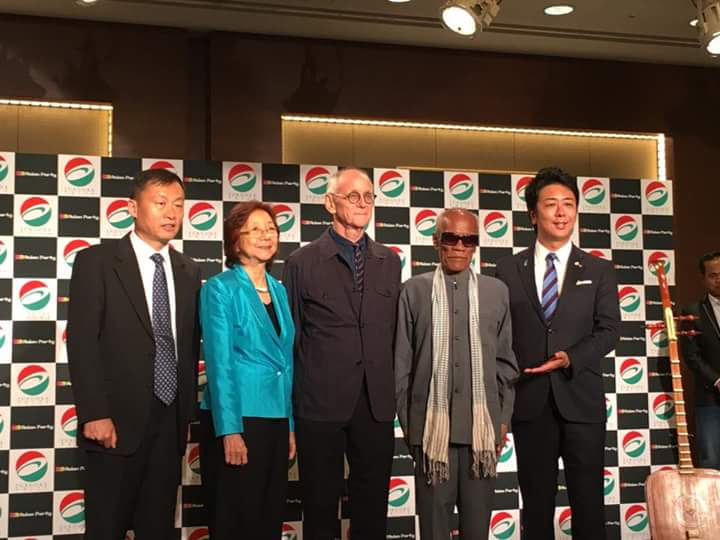 He was also acknowledged for activity engaging in diverse activities including working with the United Nations program supported the human rights of disabled people.

The Mayer of Fukuoka City, Takashima Soichiro in his welcome address, said “this event will allow us to gain a better sense of “the Asia of today” through various forms of interactions.

“The spirit of Fukuoka Prize is about promoting culture, as well as building peace and mutual understanding”, he concluded.

The Fukuoka Prize is granted every year since 1990 to recognize those who have made outstanding contributions to academia, arts and culture in Asia. The award also recognizes work that helps highlight the diversity and distinctiveness of Asian culture in an increasingly globalised world.

Last year one of the recipients of this award was Yasmen Lari, the first female architecture of Pakistan. The grand prize was granted to Indian musician and singer AR Rehman.

'No problem' for Russia if Finland, Sweden join NATO: Putin