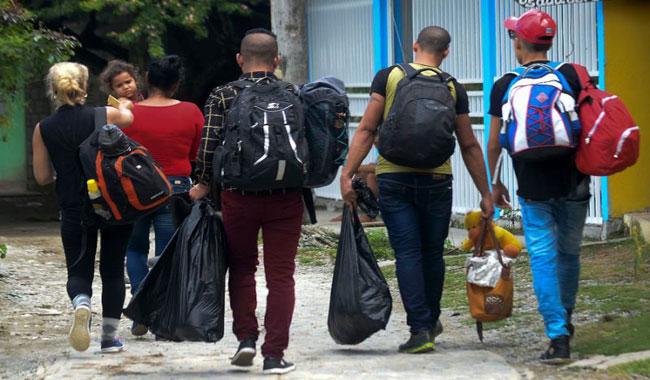 PANAMA CITY: Panama is concerned that US President Donald Trump´s travel ban will result in greater numbers of migrants deciding to come to the Central American country and stay, an official said Wednesday.

Trump´s executive order restricting entry for refugees and those from seven predominantly Muslim countries could cause an inflow "of migrants to Panama and that is what worries us most right now, more than the trade issues," Economy Minister Dulcidio De La Guardia told a news conference.

Currently, the country is seen as a transit waypoint for migrants traveling overland from South America, through Central America on to Mexico and its border with the US.

But the executive order enacted last Friday coupled with Trump´s plan to build a wall along the Mexican border have raised fears that those migrants could see no other option but to stay in Panama.

Panama, which uses the US dollar and has a population of four million, is forecast by the World Bank to have economic growth of over six percent this year -- the highest in Latin America.

Since 2010 its migration service has received 100,000 residency applications, most from Venezuelans, Colombians, Spaniards, Americans and citizens of the Dominican Republic.

Although the United States is Panama´s biggest trade partner, the economy ministry does not foresee any major effect on its services-driven economy from Trump´s protectionist push.

Nor is it worried about any downturn in business for its vital Panama Canal, whose biggest users are companies in the United States and China.

"If there were to be a trade war between China and the United States, it´s most likely those products will head to other countries. We see little probability of Panama´s logistics system being impacted," De La Guardia said.