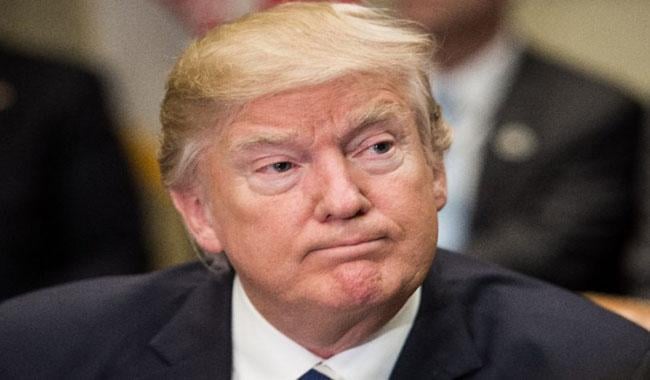 WASHINGTON:  US President Donald Trump has crushed the most defiant display yet of official opposition to his immigration and refugee restrictions -- but resistance continued to spread Tuesday, inside and outside the government.

Trump´s swift dismissal of acting attorney general Sally Yates for refusing to defend his executive order capped a night of high drama, Washington-style, that drew comparisons with a flurry of urgent housekeeping by Richard Nixon at the height of the Watergate scandal.

Trump came out fighting on Tuesday, hitting out at Democrats for stalling on the approval of his nominee for attorney general and the rest of his cabinet.

"They should be ashamed of themselves! No wonder D.C. doesn´t work!" Trump wrote on Twitter.

But as the president defended his move to bar entry for people from seven mainly Muslim countries and halt the US refugee resettlement program, challenges were mounting on all sides -- from the United Nations to lawmakers in his Republican Party.

UN Secretary-General Antonio Guterres sharpened his criticism of the ban, calling it a "blind" measure that was more likely to fan extremist propaganda than combat the threat of terrorism.

And as former national security officials warned that the order sends exactly the wrong message to Muslims -- that America is at war with them over their faith -- even US diplomats jumped into the fray in a rare display of dissent in an administration just a week old.

Trump´s order bars US entry for travellers from Iran, Iraq, Libya, Somalia, Sudan, Syria and Yemen for 90 days. It also suspends the arrival of all refugees for at least 120 days, and Syrian refugees indefinitely.

It has led to the detention of more than 100 people at US airports and mass protests in many cities, and raised howls of protests abroad.

White House spokesman Sean Spicer pushed back once more Tuesday against the tide of criticism.

"This is not a Muslim ban. It´s not a travel ban," he told reporters. "It´s a vetting system to keep America safe. That´s it. Plain and simple."

Trump received a vote of support Tuesday from House of Representatives speaker Paul Ryan, who defended the restrictions as a legitimate way to keep out potential terrorists.

Democracy books start to disappear from libraries in Hong Kong