Number of terrorist attacks fell in 2015, Pakistan in top Five 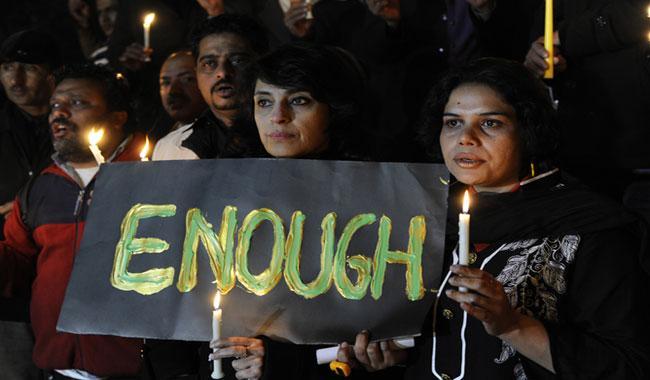 WASHINGTON: The U.S. State Department said on Thursday that the number of terrorist attacks around the world declined last year for the first time since 2012, and that such attacks were becoming more decentralised and diffuse.

Terrorist attacks fell by 13 percent compared with 2014, while fatalities caused by terrorist activity declined by 14 percent, the agency said in its report on global terrorism, which tracks trends in political violence.

The State Department's acting coordinator for counterterrorism, Justin Siberell, said the drop was due to fewer attacks in Iraq, Pakistan and Nigeria.

Terrorist attacks and deaths increased in Afghanistan, Bangladesh, Egypt, the Philippines, Syria and Turkey, according to Siberell.

"Although terrorist attacks took place in 92 countries in 2015, they were heavily concentrated geographically, as they have been for the past several years."

Data compiled by the University of Maryland for the State Department showed there were 11,774 terrorist attacks worldwide during the year, in which more than 28,300 people died and roughly 35,300 others were wounded.

Islamic State militants posed the greatest terrorism threat globally despite significant losses in territory in Iraq and Syria last year, the report said. The group made gains in Libya, however, where it has about 5,000 fighters, the report said.

It said Islamic State-aligned groups had emerged in other parts of the Middle East, south and southeast Asia and West Africa, although the relationship between the groups and Islamic State leadership was "symbolic in most cases."

As in previous years, the report cited Iran as the world's biggest state sponsor of terrorism, saying Tehran supported conflicts in Syria and Iraq, and was implicated in violent Shia opposition raids in Bahrain.

Bahrain has accused Iran of fomenting unrest in the its country and of supplying weapons to Shi'ite militants behind several bomb attacks on security forces. Iran has denied the claims.

Ramadan to begin on April 13 in Saudi Arabia