Pakistan aim at increasing exports to India to $1bn within a year: Dastagir 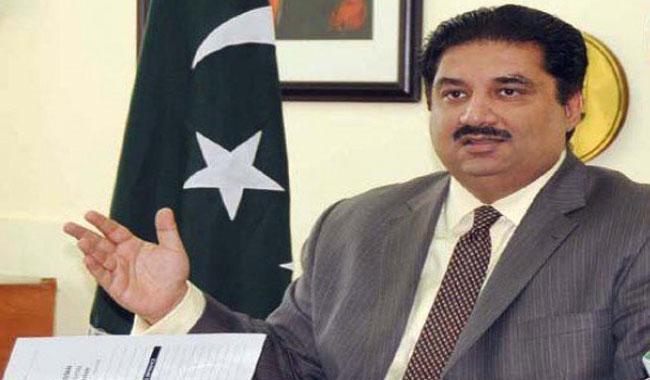 ISLAMABAD: Pakistan aim at increasing exports to India to one billion dollars within a year as made up textiles products and readymade garments have great potential to make their way to Indian markets.

This was said by Minister for Commerce Engr Khurram Dastagir Khan while chairing a meeting with Pakistani counterparts of Pak-India Business Council here on Tuesday.

The delegation was headed by Mr Yawar Ali Shah, who briefed the minister on their recent visit to India and outcome of the meetings held with Indian business and trade stakeholders.

The minister was of the view that due to land route Pakistan is the most favorite and cost effective market for India in terms of importing raw material for their agriculture and textile products.

He was of the view that trade concessions to India cannot be offered unilaterally. India also need to extend access to Pakistani products with preferential duty regime, the minister added.

The minister also informed the delegation that the ministry has restructured National Tariff Commission (NTC) in line with the legal framework guided by the Supreme Court of Pakistan.

Earlier, the delegation was of the view that Indian food manufactures are looking for different Pakistani agriculture products, like Mango and Kinno in specific seasons.

Also they added Pakistan agriculture products, like green peas, can be exported to India as they run freezing plants at far less capacity of 200,000 tons.

The business interlocutors were of the view that trade with both countries should cooperate in promoting SME, Agriculture, Tourism, Culture, Research sectors Basmati Rice, branding issue and exchange of business groups’ visits.

Later, a delegation of Pakistan Commercial Exporters Association called on Minister for Commerce with an agenda to boost exports in Gems and Jewelry products.

Assuring full support to the business group, the minister said government shall move further ahead in increasing exports and soliciting resources until exports fraternity come forward and take initiatives and mobilize their resources.