Every year on August 14, Pakistan gears up to celebrate Independence Day in all its grandeur and glory

ugust 14, 1947, is etched deep in history and people’s collective memory as the day Pakistan got its independence, following the end of the British Raj. There might be a myriad of issues that divide the people of Pakistan, but when it comes to celebrating the Independence Day on August 14, the entire nation comes together to rejoice in the feeling of living in a free and independent state.

Every year on August 14, Pakistan gears up to celebrate its Independence Day. Every Pakistani’s heart throbs with patriotism and unity, remembering the freedom fighters and great leaders like the Quaid-i-Azam.

We, in the financial capital of Pakistan, are excited to join in the country’s 75th Independence Day celebrations. Although the main ceremony takes place in Islamabad, Karachi remains a major venue for the celebrations. With a parade at the mausoleum of Muhammad Ali Jinnah as the highlight of the day, hundreds of visitors pay respects at the Quaid’s tomb, the founder of the country, celebrating the day with renewed enthusiasm and zeal. Pakistan Navy’s band musicians are sometimes seen performing at the mausoleum. There is a change of guards at the mausoleum. The streets, towns and houses are illuminated in the evening with green and white fairy lights and national flag pennants. Every street corner has a stall selling flags, Pakistan Day shirts, badges, caps, and wrist-watches. Public and private buildings, as well as streets and bazaars, are beautifully lit up, especially the Saddar area, Zaibunissa Street, Shahrah-i-Faisal and Kagzi Bazaar, the largest flags-selling market in the city.

They take on a festive green and white. Many buildings get decorations in the national colours. Pakistanis of all ages, faiths and walks of life express their love for the country. Posters, banners, and portraits of the founding fathers are seen everywhere. A celebration such as this remains incomplete without the participation of children whose hopes and dreams will help shape the future. Children can be seen with green-painted faces, wearing an assortment of costumes. The adults are not far behind, some wearing clothes mirroring the flag itself. They also enjoy fireworks displays on various streets. Karachi’s food street, Boat Basin, swarms on the morning of the 14th with locals indulging in the famous Pakistani breakfast, halwa puri. The Sea View Beach is packed from the eve of Independence Day until late the following day as people blast songs of patriotism from their vehicles and wave flags, shouting azadi and Pakistan Zindabad.

In Islamabad, the president and the prime minister are the chief guests at the formal celebration. The national flag is hoisted at the Presidency and the Parliament House. The national anthem is played and the leaders’ speeches are televised live. This event is the main highlight of the Independence Day. The day dawns with a gun salute in the federal capital and all four provincial headquarters. Prayers are offered across the country, for its safety, progress, growth, and people’s welfare. The Pakistan Air Force puts on a marvellous air show, with jet planes flying over Islamabad as numerous onlookers watch from one of the city’s parks. The Pakistan Independence Day Parade, also known as the Azadi Parade is meant to pay tribute to the countless sacrifices made for its cause. A parade is also held at Pakistan Military Academy Kakul.

Fireworks, exhibitions, game shows, and face painting are a staple of Independence Day celebrations across all major cities. Pakistanis, the world over, participate in this momentous occasion to celebrate their country and stay inspired by the milestones the country has achieved.

Lahore is not far behind as the zinda-dil populace enjoys beautiful fireworks that light the sky near the Minar-i-Pakistan. All parks, amusement parks, the Shahi Qila, and the Lahore Zoo celebrate the day. The day is also marked by a special flag-lowering ceremony at the Wagha border. The main flag-hoisting ceremony is held at Hazoori Bagh near the Lahore Fort where a large number of school children sing national songs. A number of billboards, hoarding carrying patriotic messages are displayed by the government and corporate sector. Speech and essay competitions, seminars, symposiums, sports activities and national song contests are also held in schools, colleges and universities. The trading community in Lahore arranges fireworks at Aleem Dar Cricket Academy in Johar Town. Musical concerts featuring national songs are held the National Hockey Stadium.

In Peshawar, the Bala Hisar Fort, the Army Stadium, Chacha Younas Park and Qissa Khwani Bazaar are some of the main spots where celebrations are held. Hosts of vendors sell badges, flags and ornaments for children and adults alike, presenting a picture of a strong and resilient Pakistan. Many citizens participate in face painting, donning the country colours, dressing up elaborately, lighting fireworks and celebrating all things Pakistan. In schools and universities, students gather to sing the national anthem and take part in poetry competitions and cricket matches.

The preparations for celebrating the Independence Day in style peak early in Sialkot. National flags can be seen on most vehicles, including cars, motorcycles and trucks and on government and private buildings, houses, markets, and shops. The children can be seen buying buntings, stickers, and badges from their pocket money. Schools and universities arrange declamation contests, art exhibitions, national song recitals and sports marathons.

The Northern Areas of Pakistan participate equally enthusiastically. Portraits of the founder of the nation and other prominent leaders of the independence movement displayed and printed on everything from T-shirts to bumper stickers. A huge celebration is held a the Chinar Bagh in Gilgit. A colourful function is usually held at the helipad ground in Jutial Gilgit.

Traditional festive events like flag-raising ceremonies, parades and the playing of patriotic songs are the norm. Various awards ceremonies are also held on the day. Private citizens raise the national flags atop their homes and exhibit it prominently on their vehicles and attire.

Fireworks, exhibitions, game shows and face painting are a staple of Independence Day celebrations across all major cities. Pakistanis, the world over, participate in this momentous occasion to celebrate their country and stay inspired by the milestones it has achieved.

The writer is a freelance journalist based in Karachi 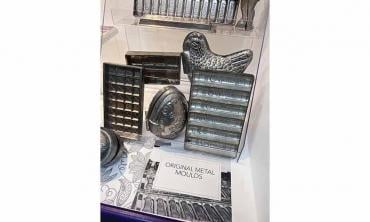 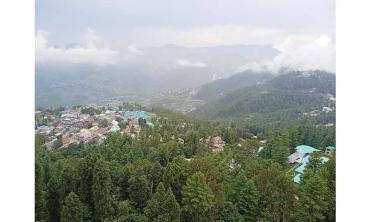