Wandering in the city of nawabs

He would also argue that on account of its diverse merits the city had virtually turned into Shiraz, culturally one of the richest cities of Iran.

Writings of Yagana Changezi Azimabadi, Majaz, Mirza Hadi Ruswa, Jaan Nisar Akhtar and Amritlal Nagar, among others, have inspired many to visist this realm of refined elegance. Many minor poets too have sought to highlight the stateliness of the place and compared it to some of the most attractive cities of the world.

While nostalgia for the city that once inspired some of the most imaginative people is a great draw, today the metropolitan is rapidly expanding in all directions. This phenomenon has visibly impacted it cultural heritage and social fabric. However, it still has much to offer to the curious traveller. One can safely assert that no other place in the Indian subcontinent is comparable to Lucknow in tems of cultural refinement. This distinction remains one of the prime reasons the metropolis continues to attract tourists from all parts of the world.

These scholars have recorded the local history painstakingly and with great regard for muanesAshki Azimbadi of the Doolighat Estate, Patna, for instance, travelled to Oudh in 1843 and met the gentry, poets (including Mir Zameer, Mirza Dabeer and Khwaja Haider Ali Aatish), and nobles there and registered the minutest of minutiae of the society in his Persian volme (Sawaneh-i-Lucknow) exceeding three hundred pages.

He also visited the city’s imposing edifices like the Bara Imambara, Rumi Darwaza and the splendid havelis of the nobles. He was the sole eyewitness to some of the incidents recroded in his travelogue. Many of the late scholars, including late Prof Naiyar Masud have relied on his accounts.

The way Ashki, an erudite poet and historian, observed and recorded the language of the womenfolk from various strata of the society is quite a revelation.

When I undertook a visit Lucknow this April it was blistering hot. However, this did not diminish my exhilaration. Arriving at the Chaar–Baagh railway station, I was full of excitement to explore the city. I must acknowledge that being shackled by occupational demands I was unable to visit many places I had planned to see. However, the pleasure I derived from being in the was great. In my case, the less may have been the more.

Having wrapped up the official business, I headed first to the Bara Imambara which is so described because of its magnificence. It was sheer delight to catch a glimpse of it while I approached the Rumi Darwaza. Lying in the Machhi Bhawan Fort area, the imambara was built by Nawab Asif-ud-Daulah in the year 1784 at a cost of ten million rupees.

Despite being a ticketed monument, the Imambara appeared to be in an appalling state. Constructed in the emblematic Oudhi style, it is a great specimen of regional architecture.

The Imambara complex includes the Asfi Mosque, the Bhulbhulaiyyan and the Bawli. For shutterbugs, the mosque provides a majestic sight. Most of the photographs available on the internet and social media platforms have been shot from the same locations.

I was fortunate in that I found good views and took umpteen photographs. It was a sunny day and while it meant sweltering heat, it also afforded great light and allowed me to take some really enchanting pictures of the complex.

Bada Imambara is one of the largest structures in India without a central pillar. It is flanked by several ornamental arches on the northern and southern facades. The southern frontage accommodates a few high–rise shah nasheens or elevated platforms used for placing alams, ta’ziyas and other holy standards.

These podiums are topped by columns that support the high arches. The floral motifs on the walls and the roof add to the splendor of the hall. Two decorted rooms on the eastern and western ends of the hall bear features of regional as well as European architecture.

A plethora of original black and white photographs by MM Beg, depicting the state of various buildings and parks of the district including Rais Manzil, Picture Gallery, Clock Tower, Hussainabad Imambara, Roomi Darwaza, Hussainabad Park and Victoria Park are on display in the rectangular corridor to the north at around the time when it was inundated by the Gomti river in 1923.

Sadly, the images are losing their value in the absence of adequate preservation measures. The apathy shown by the custodians towards the maintenance of the heritage is apalling.

Lucknow is among the few cities that have a labyrinth or bhulbhulaiyyan. The maze sits atop the Imambara complex. The aerial view of the surrounding is amazing.

The Bawli (stepwell) and Asfi Masjid are also impressive wonders. Regrettably, the stepwell has dried up and the mosque uilding is fast losing its vigour.

While stepping out of the Imambara I caught a view of Satkhanda. The building was meant to be seven–storeyed. However, only five storeys were finished when the sponsoring nawab died in 1842. The adjoining picture gallery is flanked by the impressive Hussainabad Clock Tower and Hussainabad Tank. It was at the picture gallery that Bishop Heber was invited to a breakfast meeting with Ghazi-ud-Din Haider.

The gallery has elongated semi-oval entrances supported by broad rectangular columns of red brick. It has high–resolution realistic paintings of several nawabs of Oudh, including Asif-ud-Daulah. The caption underneath recalls him in chaste Persian as Yahya Khan Nawab Asif-ud-Daulah Bahadur Hazbar Jang and carries the Hijri dates of his birth, coronation and death. Pictures of Saadat Ali Khan and Wajid Ali Shah by George Duncan Beechey and others are also displayed.

A small plaque on the outer façade of the staircase leading to the gallery carries the following line: High Flood Line – September 1894. The historical flood in Gomti river had submerged the river bank road and reached a foot above the level of the ballroom floor in the Chattar Manzil. Masive floods in 1854, 1870, 1871 and 1891 too had caused great damage.

The Husssainabad clock tower is considered among the most excellent in the world. Its base is embossed with a trilingual inscription (English, Urdu and Hindi) recording that: “this tower was erected in the years 1882–1887 by the trustees of the Hussainabad Endowment, in the honour of Sir George Cooper, BarT, CB, KCSI, the first Lieutenant Governor of the United Provinces of Oudh and the NWP, during whose administration and under whose auspices, the management was reformed and improved”.

It was impossible to visit all the great monuments in the time at my hands. Therefore, I bade adieu to the city of nawabs with stars in my eyes and boarded the return train from Chaar–Baagh Railway Station that derives its name from a gigantic open garden where it was located.

I realise how accurately Yagana Changezi Azimabadi has recorded the magnetic charisma of Lucknow and how it reflects my own craving for more visits to the city:

The author, based in Jaipur, is an IT professional with a postgraduate degree in physics and history. He writes about art, history, literature and travel

Wandering in the city of nawabs 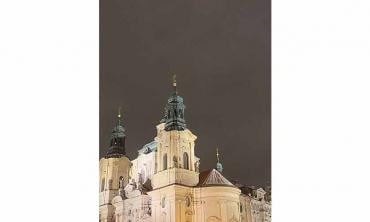 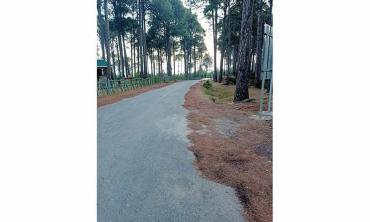 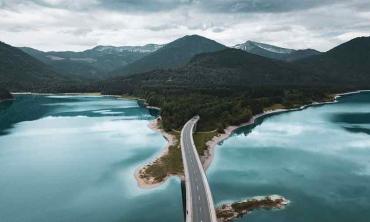