Black liquid plagued me like the moon. I was crippled; it was like a grotesque limb that ruined my walk. It was bound by old laws of obscurity, mystery and darkness and ruined the stroll that I had originally begun wearing a suit. By the end of it, I was even more penniless than before, and had ended up in a thrift-ed tracksuit. Yet I coveted the magic of falling in love with this black, vile-tasting nectar of the devils. I was never drunk enough, never satisfied enough, never parched enough, never thirsting enough. It made me stretch out my fingers horizontally and arrested my limbs in a continuous posture. I gave up meat for it, I gave up sugar for it; I gave up for it. Loneliness led me into its arms, and its ecstasy justified the poor secretions that my body produced after imbibing it. It has given me no greater comfort than to recount this old friend – it’s barbed wires tell me that our love will never die.

I speak, of course, of black coffee.

I sought its peculiar taste, its dull drone, its static tone, its single waves and specks of black lining its surface, perhaps from my lips having touched its hot surface a bit too soon. Like the habits of candy that children exude, I revelled in its mystery; I did not seek to master it. I have finally admitted my hand in running this addiction, after I’ve already run this habit up to an excess, beyond the point of no return. Perhaps the culprit lies in my childhood – the place everything always circles back to – I had harboured this strange belief that women love men who indulge in excess because it makes them lonely. Writing was a similar addiction – I wrote excessively to be different. I was shrieking at the thought of every labour. I was numbed by the end of the labour, by the end of the drink. The white linen shirt specked with the dampness of my effort was a sign of defeat to the victory of coffee. There’s no peninsula to ride to here, there’s no end to the field. It’s just something that you…do. My forefinger scouts out the bulging cup, swirls in it, and it moves like a black cloud that will rain deliverance to my dark, dormant brain. It is a vast psychic aquacade. My lips applaud greedily with each sip. Slish slosh, ‘are we not happy, just the two of us?’ I thought – a cup of coffee and a book – the picture of the artistic spirit. The deep well that contains an artesian exuberance – digging deep into me, feeding into corners of my brain and my soul. All my halting speeches were prefaced to this act, all the tapping jittery feet were a prelude to this.

Hence, I found it incredible that the most manifest form in cinema was the alcohol addict, and he (in most cases, he) was played with a dumb ferocity that forced you to turn off the TV. In other instances, the drunk was an abusive fellow, or a comic device who just couldn’t handle his vice. Inordinately, it was always considered a vice.

But to me, coffee never faltered. One thinks of the stories of addiction that line cinema. And none of them could capture its visceral nature. In Vinterberg’s Another Round (2021) however, a different game plays out. Far from being a morality tale, it is a modernity tale; because although Martin and his friends boasted solitude, addiction was always at their side. Though altars and orders were built in parliament, they could not order men the same way alcohol could. Many passed through this addiction river though few came out the other side – indeed Tommy drowned in that river. Yet addiction’s shroud is ever flying. Though the magicked mind – the addicted mind – has been shrouded in mystery and never more than in films. Another Round is then, not a morality tale.

In Another Round action takes place on another level – a man’s issue with his seemingly wonderful, perfectly appropriate life that seems stale to him. It’s wonderful, it’s comfortable. Is that all there is to life? He fears the unconcern that this life of specific concerns tides up inside him. It’s all too tidy.

I felt my ten-year old self saluting this man who made the intangible tangible for me. Struggling in a mental space under suffocating skin is something we are all deeply connected with. That skin is usually a part of us – like family, like love, like our vocation or our profession, like our deepest unfulfilled desires. At least that was the assessment that derived from me when under the influence of one of my favourite addictions – chai and conversation – with a friend. Recent events had jolted this friend to look down into their soul. A solid ‘breakup’ had caused them to break up with themselves. They said they were unable to express themselves, they felt they couldn’t be heard. I heard them hearing themselves and stopping themselves midway, unable to continue their reality, facing a loss of form. They said their voice seemed distant from them. The tongue is a toxic tonsil. Sometimes it just spills, and has to be cast away. So we sat in silence. The conversation turned to our addictions – our coping methods for those addictions. I commented that they were addicted to loving fully and deeply, despite the great risk of being emotionally stranded in the middle of a river. They suggested that I was addicted to sadness.

But then, no two damnations are the same. How can they be assayed similarly. Again, I am addicted to sadness. I would make these platitudes up to see spirituality in damnation. Of course, I don’t mistake the focal fatigue for the keenness of activity and the embrace of a concerted effort which is often how a “flow” is described. I wouldn’t mistake the painful numbness that bores the perpetually-inebriated for enlightenment. Luckily Vinterberg doesn’t either.

You see, we never try to clean up this house of mirrors that refuses to let us go beyond ourselves. But then a film like Another Round enters, which rips up the whole sutured-up operation with a clenched fist. All the addictions of liquid, material and matter are ripped up like the bandages that they are. In Another Round action takes place on another level – a man’s issue with his seemingly wonderful, perfectly appropriate life that seems stale to him. It’s wonderful, it’s comfortable. Is that all there is to life? He fears the unconcern that this life of specific concerns tides up inside him. It’s all too tidy. To Martin, he is too firmly rooted in his life. Stability is exalted, and he is riding the wave of middle-class nobility. He can think of nothing to excite him; and so he is unable to excite in return. He has lost touch with his earth, the ground of his being. He’s lost touch with his wife and his children through excessive touch – an excessive familiarisation that comes with knowing someone deeply and thoroughly. To him, all pleasures are glazed and mercurial, dissipative as ether, cold as ice, and wonderfully staid – all except alcohol. Alcohol is a different kind of high, it brings you up and puts you down in its absence.

But all vices are paradoxical – they are pleasure and pain in themselves. Which is why I tend to think that the best spiritual hymn is the drunk’s dirge, or the weeded-out wunderkind’s idyllic youth, or the prodigal son’s hastened lament for his downfall. The next day – the hangover so gratuitously played out in the dully-titled Hangover trilogy – with the muscles all knotted up, and feeling raw from the fall from liquid grace, when you cringe at every movement, sour at every noise, unconsciously break step with your training and then key up new movements, new gestures. The same ‘sane’ acts require an extraordinary amount of will power. The single gestures, the simple steps, the simplest renunciation of reality that now starts to speak softly into your ears, calling you back, becomes difficult to bear. Martin, too, seeks to break up with himself, and dial into his inner self. He was a ballet dancer before he became a teacher. He harbours a passion for history but is unable to continue his research.

All of this made me relate to him on a fundamental level – I related to his efforts to bring out his self, or amplify his confidence in himself. Those efforts did lead him to himself. The film’s closing sequence then becomes a beginning – it captures perfectly the spirited animation produced in you when climbing the stairs one evening after a night of breaking down, or several evenings down the line, when seeing the light at the end of the tunnel again, even if for a brief fleeting moment. Sometimes that’s what makes it special, the light is fleeting so you have to appreciate it whenever and however it is revealed to you.

“Damn you”, the drink in my hand spits at me, “your lips have gone limp.” I take another sip. 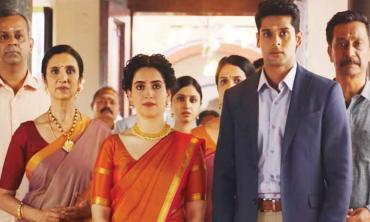 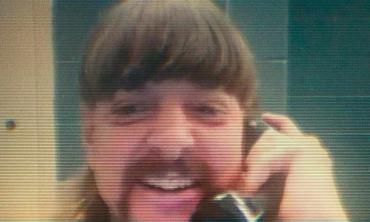 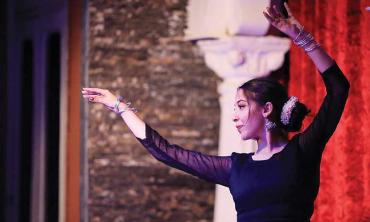