Pakistan has faced a huge blow as three of its leading athletes have been banned for four years for failing dope tests conducted during the 13th South Asian Games in Nepal last year.

Those hit by the scandal are not ordinary athletes but Pakistan’s top seeds in their respective events. Olympian Mehboob Ali and his maternal uncle Mohammad Naeem had won gold medals in Nepal in 400metre hurdles and 110m hurdles, respectively, while Samiullah had clinched bronze in the 100m. Their ban will expire on December 5, 2023. It means that it would be really a big challenge for them to stage a comeback. It depends on how they maintain themselves during the four years and how they tackle the situation but I think it would be tough. It is really a big lesson for all those associated with power sports. The trio have been stripped of their medals and they will have to return the prize money to the Pakistan Sports Board (PSB) as well, a big challenge.

Mehboob and Naeem belong to Army while Sami is from WAPDA. These three athletes had also been sent to China for training after the SAG.

I want to recall some details for better understanding of the readers. These athletes had been tested during the 13th South Asian Games in Nepal. Their test samples had been sent to a WADA-accredited laboratory in Qatar. The process was conducted by the SAG Anti-Doping Organising Committee. Almost after six months it was revealed that the athletes had failed dope test. The trio used Anabolic Androgenic Steroids (AAS), a substance which strengthens muscles and enhance appetite. This is not generally used in medicine.

They were given the option of getting their B samples tested in the same laboratory. Mehboob and Naeem opted for that and once again returned positive.

According to experts, some kind of respite could have been got by the athletes had they appealed following the outcome of the tests results. They still have a chance to appeal but there appears to be little chance for them to get any relief now.

It is a big blow, no doubt, to the sport, Pakistan’s image, the athletes’ image and the prestige of their coaches and relevant departments. Players should be looked after as kids are. They should be dealt with keeping in view their psychological aspects, their strengths and weaknesses. This is not the first time we have seen such a situation in Pakistan sports. We have seen boxers, squash players, bodybuilders and so many others who have faced similar situations.

Pakistan’s top squash player Nasir Iqbal recently completed his four-year ban after he was tested positive during the 16th South Asian Games in India. So it happens in our sports and there is a great need to eradicate this menace. A collective effort is required to tackle this disease. Right from departments to the federations everyone should keep vigilant eye and conduct random tests for their athletes in order to avert any such danger. I believe that state as per its written commitment should start funding National Anti-Doping Organisation (NADO) headed by Dr Waqar. When funded the same body would be in a good position to conduct tests of the athletes during events, camps and trials. The athletes would be frequently educated and guided. A senior official of the Athletics Federation of Pakistan (AFP) told me that NADO can play a big role in the matter provided it is funded by the government as tests are very expensive and the federation does not have enough resources to meet such expenses.

A huge responsibility rests on the shoulders of the departments’ coaches as they spend a lot of time with their athletes and know their habits: what they do, what they eat and whom they meet. Their role should be critical if we want to minimise or eradicate this menace which has been depriving us of talent for so many years.

Following this scandal the AFP should adopt strict measures to check this matter which can destroy the careers of other athletes.

Athletes should be frequently reminded about the impacts of doping violations and how any breach on their part could derail their whole career.

We should keep our country above everything and this is the only way we can succeed. One of the major reasons of our sports decline is that we don’t have the sort of policies needed for streamlining the sector. 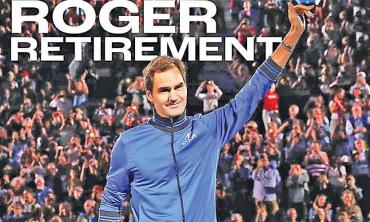 Roger comes of age by bethroning his hero 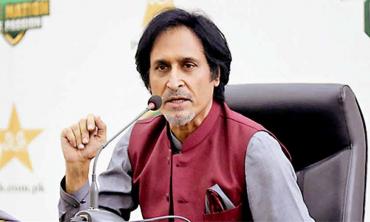 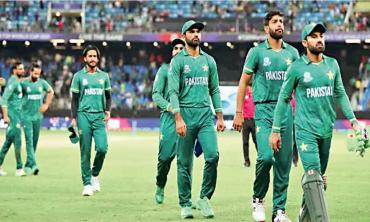