With the recent developments in the Kalash valley and fast-disappearing local rituals, it is now more important than ever to document the ancient religion and folk tales of the region

It was not more than a century ago, that the Norwegian linguist, Georg Morgenstierne’s expedition to explore Indo-Iranian languages pushed him towards Chitral – resulting in a journey touching every corner of the Kalash valley in 1929. Apart from chronicling the many languages, mythologies and folklore of the region, Morgenstierne also documented the various traditions, songs and dances of the place in film and in photos. The early 20th century snippets from the everyday life of Kalasha are known to us only due to this great man from Norway.

Morgenstierne captured many of the now-forgotten religious practices of the Kalasha, through the lens of his Thornton Pickard Reflex camera. The fascinating attire of the people, their portraits and the picturesque landscape of Kalash were also documented by Maureen Lines or Bibi Doe of Kalash later in her book The Kalasha of the Hindu Kush, and in many newspaper articles.

Kalasha is an ethno-religious community living in Chitral. They are enigmatic Indo-European speakers of the Dardic group of languages, who have been living in the Hindu Kush mountain range for the past many centuries. According to legend, they were rulers of Chitral – for the most part – till the 15th century before the Katoor rule. The state of Chitral later merged into Pakistan in 1969. Area wise, Chitral is the largest district in Khyber Pakhtunkhwa as of now. Linguistically, it is the richest district in Pakistan with fourteen languages spoken.

On the road to Chitral, the vastness of the region can be witnessed from the Ayoun top and from the Gori Moon hill. Today, the Kalasha are confined to the three valleys of Chitral - Bumburet, Rumber and Birir - at an elevation of around 5,000 feet above sea level. In these valleys, a great religious harmony between the Kalasha and Muslims can be seen. Bumburet, the largest of the three valleys, is connected to the Shalwar Pass and has the greatest tourist influx. The other two valleys are less developed than Bumburet and have relatively fewer tourist visits.

Kalasha, with their unique culture and religion, colourful attire and festivals, have attracted many anthropologists, researchers, sociologists, tourists and photographers over time. Everyone is welcome at their festivals, especially the Chilam Joshi and Poh festivals. Things, however, changed after 9/11, when the general security situation in the region barred a large number of tourists from entering the valleys. In recent years the number of tourists to the valleys has gone up slightly. A general lack of hotels and comfortable accommodation still poses a huge challenge to tourism.

For the longest time, it was assumed that Kalashas were the descendants of Alexander’s army. Many development projects of Kalasha were apparently funded by the governments and NGOs in Greece. However, latest studies dispel this assumption.

Rudyard Kipling in The Man Who Would Be King writes about Kafiristan and the Kalasha’s ancestors as being the descendants of Alexander’s army. Although this claim had always existed in the Kalasha folklore, it was brought to prominence in the Victorian times. From there onwards, a narrative was gradually built around the Greek ancestry of the Kalasha. Right beneath a high cliff in the Bumburet valley, you can see a signpost mentioning funding by a Greek NGO for the construction of the Kalasha Daur Museum – a magnificent wooden architectural monument – and the Bashali women’s menstrual home.

A paper published in The American Journal of Human Genetics, says that the Kalasha are an ancient genetically isolated group. Strangely they never achieved an effective population size above 20,000-25,000 mark. Further study shows that the Kalash were not one of the Palaeolithic Siberian hunter-gatherer groups. In comparison with other South Asian groups, the Kalasha show a high genetic drift from their Euro-Asian ancestors.

The Kalasha claim of the tribe descending from Alexander of Macedonia’s army was never supported by the Y-chromosomal analysis. The study further says that the genetically isolated Kalash might be the present-day genetically drifted representatives of ancient northern Eurasians.

However, more valid research can be conducted by including populations from their ancestral homeland in Nuristan, Afghanistan. This could provide a deeper understanding of their unique genetic structure and origins and help explain the complex history of the people of South Asia.

For the longest time, it was assumed that Kalashas were the descendants of Alexander’s army. Many development projects of Kalasha were apparently funded by the governments and NGOs of Greece. However, latest studies dispel this assumption.

Today, the traditions of the Kalash are so expensive that many of these are no longer followed by the people there. It has become difficult to continue these in the age of commercialisation. Making Gondau or Gaundau in the memory of a dead person is no longer practised. (A Gondau is an effigy made of wood, often made in remembrance of a deceased person who held an important position or influence in the tribes. It is marked with a three-day celebration and food is served to the whole Kalasha community by the person inviting them. Usually, a person serves cow or goat meat to the whole Kalasha community living in the three valleys. However, the practice was last celebrated in 2008 by Faizi Khan.) The old Gondaus now reside in Peshawar Museum, Chitral Museum and Kalash Daur Museum in Bumburet.

Traditional dressmaking too is painstaking, requiring good finances and time. The traditional cap worn by the Kalash women is known as a Shushut. You can often find these caps on display in local shops available in the range of Rs 5,000 to Rs 6,000. It helps local women generate income for themselves. A full dress costs nearly Rs 25,000 to Rs 30.000. The Kalasha live in old houses, some as old as around a thousand years. There are plans for turning many such houses into heritage sites to showcase old architecture. The religious priest or Qazi holds a significant position in their tribe, as he is often the only one who has oral knowledge of their religion and folklore.

Travelling to the Kalash valley has never been easy. Especially during the construction of the Lowari Tunnel when it was almost impossible to approach Chitral for around six months. The road trip to Chitral was always riddled with bumpy roads and dangerous turns. However, it has now been revolutionised with the construction of wider roads and tunnels. Now, a direct bus service from Islamabad to Chitral has made the travel infinitely easier for travellers and tourists. The bumpy road from Chitral to Kalash takes two more hours, to undertake which, Toyota Fielder cars or jeeps are your best two options.

Constitutionally, Kalasha community has representation in the National Assembly with a Parsi member reserved seat. Before the 2002 election, Parsis, Kalashas, Buddhists and Bahais were mainly represented by MP Bhandara and Isphanyar M Bhandara. In 2004, when a blizzard destroyed all the fruit trees in the Kalash valleys, their major source of nutrition and crops, MP Bhandara trekked through each valley to assess the damage. He visited each home individually and gave each family enough cash to sustain them over the tough period.

The Kalashas have representation in the provincial assembly of KP, with Wazir Zada being the first-ever legislator from the Kalasha community and a member of the Khyber Pakhtunkhwa Assembly. Another person who invested her life for the welfare of the Kalasha community was a British lady, Maureen Lines, known locally as Bibi Doe of Kalash – named after her favourite dog, an orphaned puppy that she adopted in 1986. Lines developed a sanitation system, education system and small dispensaries in the valley. She adopted a Kalasha family and remained with the locals till her last breath in 2017.

The start of the spring in the valley is marked by the Chilam Joshi festival and the harvesting season, by Poh festival. Madahik and other social gatherings, festivals, feasts and rituals are tied to observing the sun and moon. This is done utilising the traditional meteorological and astronomical knowledge system named Suri Jagek. However, the digital age allows people to check weather forecasts on their mobile phones.

The glaciers around Kalash are changing the lives of the locals. In 2015, a devastating flood changed the landscape of the Bumburet valley where a narrow agricultural land was transformed into heavy boulders. Even today, many a deserted concrete structure tells the sad tale of the devastating flood.

With the recent technological developments in the Kalash region and fast-disappearing rituals, it is now more important than ever to document the ancient religion and folk tales of these magical valleys.

The writer tweets at @Ammad_Alee 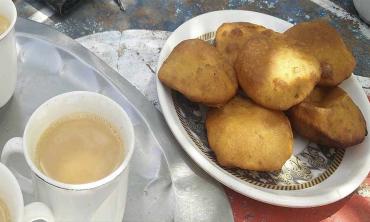 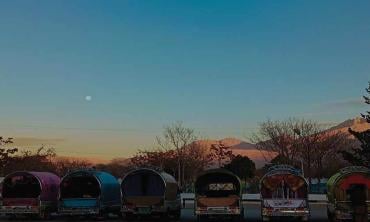 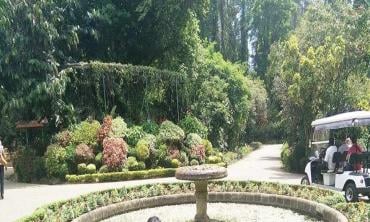