Perfection of a poem

In his new book, Anjum Altaf revisits the works of Faiz Ahmed Faiz

The French essayist, poet and philosopher Paul Velry once said of poems, that they are never finished, merely abandoned. If it were possible, a poet could spend an entire lifetime perfecting a poem. To some degree, poems do not provide the closure that prose can afford. Instead, they complicate the worlds that we inhabit to mirror our rich and complex lived realities.

Anjum Altaf undertakes a gargantuan task in Transgressions: Poems Inspired by Faiz Ahmed Faiz by revisiting the work of one of the most celebrated revolutionary poets of South Asia. At the outset, he lays out the purpose of his work – his poems aren’t translations, instead, they are “transgressions” as the title quips – musings on Faiz’s verse, poems “borrowed and reworked as a tribute to a major poet of our times”. By his own admission that South Asian culture is rich in orality, he provides a framing for his work.

Memory reigns supreme as far as the preservation of collective wisdom is concerned – unlike paper, it is unperishable: Faiz continues to be recited, sung and chanted. Altaf does not include the Urdu text of Faiz’s original poems underlining the fact that the intended audience is readers unfamiliar with Urdu and Urdu speakers “don’t need to read Faiz in English when they have access to much richer originals”. However, he provides sources to access Faiz’s originals just so the reader isn’t lost.

Altaf laments the fact that there is a dearth of influential Urdu poets today. In many ways, Faiz has remained an obvious choice – to render a transcendent meaning to “resistance and hope.” Like the author, we, too, have learnt to lean on him. Altaf’s renditions come from an emotional place and are an exercise in vulnerability. Floundering for the exactness of a word, feeling or reaction, many of us have often quoted a couplet or borrowed the vocabulary of a poet. Amongst our own community, the meaning transfers with ease, perhaps with greater precision, eloquence and beauty. This happens as one goes through the personal notes at the end of the poem explaining what reminded him of a particular piece by Faiz.

A poem called Resist based on Dar-e-umeed kay dayuza-gar is dedicated to the students and faculty of Jawaharlal Nehru University who were attacked in 2016. His personal note also details that it was read by Professor Harbans Mukhia at an event in Delhi the same year.

“We collect the shreds they tore

Dyed red in our blood

Sew them back in a banner

Bigger, brighter than before”

Another one goes out to the same audience. Faiz’s much-loved poem Bol is rendered as Speak. Who knew that in 2020, Hum Dekhenge would take over protests in India, where it caused a stir for the metaphors used? That debate would begin again on the context within which Faiz wrote it – during exile, while Pakistan was under Gen Zia’s dictatorship, the crowd erupted when Faiz’s poem was sung by Iqbal Bano. It is Faiz’s judicious selection of vocabulary and the powerful way in which he employs it that makes his poetry accessible and the kind that instills hope during dark times.

For instance, a phrase like “jo hoga dekha jaega” that in ordinary conversation has become a cliché of sorts mired in nihilism, is infused with transformative power when it appears in Tum Apni Karni Kar Guzro. Fehmida Riaz too writes in synchrony with Faiz in her poem Faiz Kehte;

In recent times, this poem was recited by former Chief Justice of Pakistan, Asif Saeed Khosa, as an affirmation of the role of poetry in legal discourse, as recourse for judges to respond to criticism against them. Even in the unlikeliest of places, verse finds a way to communicate what cannot be said otherwise.

Altaf grapples with regrets that mount as time passes, in his rendition Do What You Have Left Undone (Tum Apni Karni Kar Guzro). Perhaps, this is the only poem in the collection that overtly focuses on dilemmas of a personal nature:

Or have dad’s cataracts removed in time

Why did I have or not these kids

And provide or not for them a stable home

Why did I consume so much when so many are starving

Why didn’t I do more for poverty, injustice and global warming

Altaf adds an honest note – that he was oddly reflecting on this poem at the time that the eccentric French President Francoise Hollande, against protocol, ventured on his scooter trysts.

Altaf’s love for poetry runs through the family. His son, Hasan Altaf writes a note on Faiz’s poetry helping him forge a link and later acclimatise to Pakistan when the family moves back from the US. His poem is the first to be featured in this book is a conversation with Faiz, where interestingly, words like faryaadi and phrases like roshniyon ke shehr feature as they are in the middle of an English poem.

Anjum Altaf’s collection of poems is a creative experiment. Perhaps, there is something to be said for our culture of orality that whilst consuming everyday news or going about life, there are couplets to fall back on and poetry to revisit. Perhaps, also for a poet who, without meaning to, can even inspire a popular romantic song with just half a couplet.

Perfection of a poem: In his new book, Anjum Altaf revisits the works of Faiz Ahmed Faiz 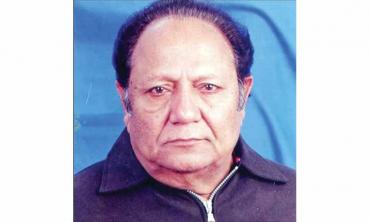 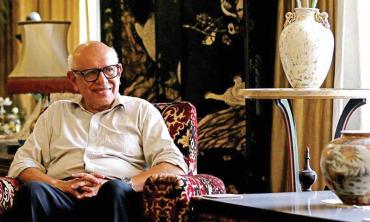 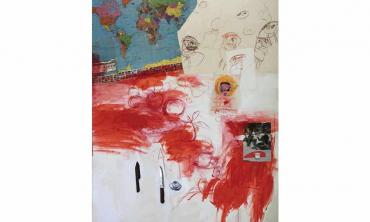