How does CPEC serve Pakistani national interests? Why is the US speaking against CPEC after all this time?

The European Recovery or Marshall Plan of 1948, was devised by the United States to rebuild parts of Western Europe destroyed by World War II. It had four fundamental principles – aid, trade, common security and standardized rules and regulations. As a result of the plan, Western European countries received US$ 12 billion (almost equivalent to US$ 110 billion today). The North Atlantic Treaty Organization (NATO) was also established under this plan to take care of the ‘communist threat’. A custom and tariff union in Europe along with the World Trade Organization helped enhance trade and standardise rules and regulations.

Subsequently, in 1956, major lender states formed an informal group, the Paris Club, to help weaker economies tackle their debt issues. All lenders would share information about debtor states and evolve a consensus on how to deal with the debtor/s. To show solidarity among the lenders while dealing with a debtor country is the major principle of Paris Club.

We need to keep this context in mind, while analyzing American diplomat Alice Wells’ recent comments at the Wilson Center about China’s Belt Road Initiative (BRI) — though she used the more common term; One Belt one Road — and the China Pakistan Economic Corridor. The crux of what Wells said is that the Chinese Communist Party’s development model is non-transparent and prone to promoting corruption. So BRI partnering countries, including Pakistan, would be caught in a vicious debt trap. These remarks are the most direct criticism by any senior American official on CPEC to date.

Wells’ perception of CPEC was challenged by officials both in China and Pakistan. They termed her accusations as uninformed, factually incorrect and off the mark propaganda.

One may argue that it was easy for the United States and its allies to understand and dismiss the Soviet Union’s Molotov Plan; a communist development model presented in 1947, to rebuild Eastern Europe after World War II. While the Soviet Union committed itself to help Eastern European countries through a trade alliance and financial aid; it continued demanding war reparations from some of the same countries.

BRI, on the other hand, is a more complex arrangement. It is a tool for the Chinese to extend their economic power and influence without committing themselves to a larger multilateral arrangement with countries where BRI is being implemented. The provision of economic aid to these countries remains a strictly bilateral issue, and they are not obliged to join any new security or trade pact with China. While China might not have been a responsible lender in many countries including Malaysia, Sri Lanka, Maldives and some states in Africa, it is safe to say that those mistakes were not irreversible. In some places, contracts have been revised — as is the case in Sri Lanka — or are being renegotiated like Malaysia’s. More importantly, the Chinese, unlike the Soviets, are not stopping any country from being a part of any economic, commercial and/or security alliances which do not include China.

Wells, carries some weight in her argument when she says that the Chinese model is not the most transparent model out there. However, China is not a member of the Paris Club and is not obliged to share its lending transactions with other lenders. Hence the US cannot simply dismiss China’s model on these grounds

The Chinese have come a long way since the 1980s when they opened their economy and, as per Wells, were helped by large scale investment from and trade with the US to overcome their economic issues. Today, China is an economic power house on its own increasingly threatening American hegemony in a time far removed from the decade old uni-polar world order.

The Chinese also seem to have learnt some lessons from previous mistakes in BRI elsewhere and may not repeat them in CPEC. They may make some new mistakes but they realise that CPEC can easily become a barometer for the success or failure of the development model they are offering. The foremost important factor in this model is wealth creation and taking care of its attendant ills —such as income disparities, rural urban divides, corruption and environmental degradation —later.

As a senior Chinese academician explained to me at an international forum, building economic and physical infrastructure cannot be done through taxation. Hence China began leasing prime urban land to foreign investors in 1980s. This led to the creation of wealth at a large scale which, in turn, resulted in corruption at a similar scale. This corruption, he said, was tolerated as long as it was helping the creation of wealth and was then stamped out with an iron hand. Now, according to him, the Chinese economy was moving into a cleaner and greener gear in order to tackle environmental problems.

Not that the Chinese will, or can, exactly replicate this model in countries which are joining BRI but it is clear is that they are willing to look the other way if corruption and environmental issues crop up as a result of BRI projects. They are also rather secretive about how they provide non-economic aid to their allies, but then many other members of Paris Club while being transparent about their loans, are secretive about the political arm-twisting attached to their loans. The US President is facing congressional impeachment due to one such secretive deal.

Wells, carries some weight in her argument when she says that the Chinese model is not the most transparent model out there. However, China is not a member of the Paris Club and is not obliged to share its lending transactions with other lenders

Chinese have established the Asia Infra Structure Development Bank but are certainly not out to challenge the international financial and commercial architecture underpinned by the Paris Club and the World Trade Organisation.

It is, however, an entirely different matter that the Washington consensus architecture is fraying at its edges. It is increasing failure to respond to the needs of weaker economies reeling under massive debt owed to the Paris Club as well as to multilateral lenders such as the International Monetary Fund and the World Bank. The chief sponsors of this architecture, US and Western European countries, are also facing economic, political and social crises of their own, leaving them with little time to attend to the problems of the world.

In the circumstance, where some countries start exploring other avenues for economic, commercial and even strategic help, is precisely what is fueling a Chinese eminence in the global political economy.

But what can countries like Pakistan do if they want to avoid pitfalls — that Ms Wells has pointed out —like a debt trap, potential loss of help from Paris Club members, likely loss of a share in the rules-based global trade and commerce? The answer is straightforward. Seeking Chinese support does not mean that you necessarily need to antagonise the United States. Many countries in the past, including China, itself maintained relations with both the Soviet Union and US during the cold war era, without joining the either camp. Countries like Pakistan, too, can pull off such a balancing act if they are smart about pursuing their own interests rather than being pawns in someone else’s game.

Also, as the experience of Pakistan and other countries show; Chinese businessmen and authorities show a prompt willingness to revise, review and renegotiate when asked in a reasonable and firm manner. Hence if Pakistan has certain contracts which are not particularly beneficial for local businesses, then the blame lies squarely with us — and especially those who negotiated bad contracts with the Chinese public or private sector. Neither did we prepare well nor bargain properly. Deals which were well prepared for, were negotiated much better.

Coming back to Ms Wells statement, and she said during the question answer session, “Gwadar port does not make any commercial sense” and “India did not join the BRI as it realised that it [Gwadar] was strategic rather than economic in nature”. If this is the angle Wells takes in her analysis, then she should also understand that countries have their relations on the basis of their own national interest. At the moment, it is in Pakistan’s interest to have good relations with China, and China is not stopping us from having good relations with the US.

The writer heads Sustainable Development Policy Institute. He may be contacted at [email protected]

US envoy Alice Wells on CPEC and BRI: Pakistan and China challenge statement 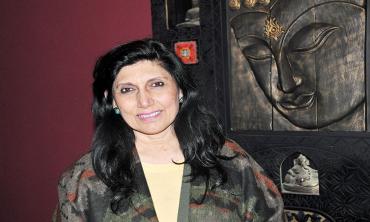 'I conciously tried to promote women' 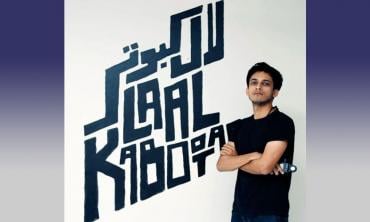 “I hope to work on more controversial projects” 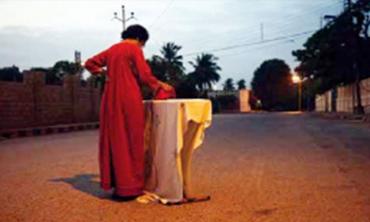