On smog and the month of Katak

‘Tetchy’, that’s the word that might describe many of the millions of denizens of Lahore city at this time of the year. Irritable, with clammy skin, spluttering throats, and slothful energy: that’s the prevalent mood and condition nowadays. Many little ones and elderly are compelled to administer regular ‘puffs’ or inhalers of steroids to control bronchial inflammations.

Our sky and air feel like an inverted, giant bowl of slops, those amalgamated, household liquid wastes that used to be fed to pigs in Victorian England. The sky is a dull, brown-grey, revealing neither morning sunlight, nor evening sunsets. The air is a clingy film of yellowish haze. No, this is not a scene from Dickens’ Hard Times; it is Lahore in the month when monsoon has retreated, and the rice fields are harvested. In present times, the Dickensian adjectives are the best ones in the English language to describe these weeks in Lahore.

In fact, this is the Punjabi month of Katak or Kartik as mentioned in the ancient Bhagavad Gita. The ‘best of months’ says the Gita, when flowers, incense and food accompany oil lamps, or diyas lit to celebrate the rice harvest and the cultivation that follows it. The month when the sub-continent has traditionally celebrated not only the agricultural maturations but also the inner or spiritual cleansings prescribed in the Gita, culminating in Diwali, the festival of light.

Katak is a month of the ‘Nanakshahi’ or ‘Bikrami’ year of the tropical solar calendar that ends with the moment of the full moon and the beginning of the dark fortnight that follows in its waning. It coincides with the middle of the Gregorian calendar that we use more widely. The agricultural calendar of the Punjab is one I pay close attention to in order to understand my garden and tree-filled verges in Lahore. It tells us through its folk precepts and sayings what to expect about the weather and the mood and guides people’s behaviour.

Our elderly dhobi (laundryman) from East Punjab’s Malerkotla has taught me all about these agricultural months and repeats the traditional adages for me. He says to expect the final retreat of the sticky monsoon, and the refreshing gusts of westerly breezes and showers that end the six months of Punjab’s heat. He recalls the adage: “In the month of Katak, do good deeds, do not try to blame anyone else”.

Refreshing westerly gusts eagerly awaited, we look expectantly at the dull sky, closing our windows as paltry protection against the putrid air. This is the brown cloud over Asia that has finally reached the western edge where Lahore is located. Katak is the first dry month as far east as Bangladesh, and the burning of organic material in the dry atmosphere is the tipping point that creates the smog we all abhor. A cocktail of particulate matter attributed to multiple emissions causes this smog. Burning seems to tip the scales to finally create a blitz of intolerable air that wafts through the region in the still, dry atmosphere.

Many of us feel like victims of a polluted and shared commodity, the air we breathe, without having much of a hand in causing the problem in the first place. Some point fingers at neighbouring nations, others bemoan too many unregulated cars and industry, yet others burning rice fields when the stubble is set alight to rid the soil of what remains of rice plantations. All of these contribute to one misery, but the victimhood needs to be eliminated. There are some things we can do at a personal level.

This morning, while out buying vegetables in my neighbourhood market I passed two slim towers of grey smoke spiralling up into the air. These emanated from little fires lit to burn small heaps of leaf litter. I call these the funeral pyres of Lahore’s air quality.

Both spirals of smoke came from behind the boundary walls of Army enclaves. I have been a student of these seemingly innocuous fires for years of walks in this month. Their effect needs to be understood by visualising each of these little fires and multiplying them by thousands every day in Lahore. Imagine the carbon and particulate matter that clogs up the air immediately over our city from merely this one source.

The amazement begins when one explores who the arsonists are. The city’s mali and his official fauji counterpart are unsupervised by householders. Instead of burying seasonal leaf litter that accumulates in gardens and verges to turn into composted gold that will make the soil fertile, these gents take a shortcut and zap the swept leaves and cuttings by setting them alight. Simple task; problem dispensed with! But what havoc ensues with the air around us.

My sincere wish is to have the amiable Dr Rizwan Naseer, founder of 1122 Rescue Services, offer free fire fighting skills to Lahoris. We should all know how to put out fires while walking outside as stewards of our very own air and police to our malis. After all, it is the month of Katak in which we are enjoined to do good deeds and try not to blame anyone else. And this is one contributing factor to Lahore’s smog right under our own noses. 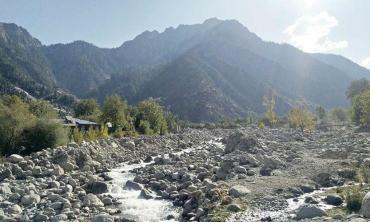 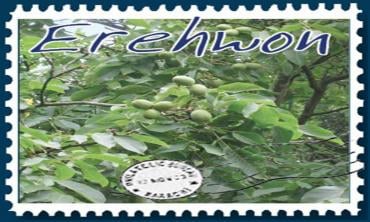