Thar: where Muslims and Hindus live in complete religious harmony 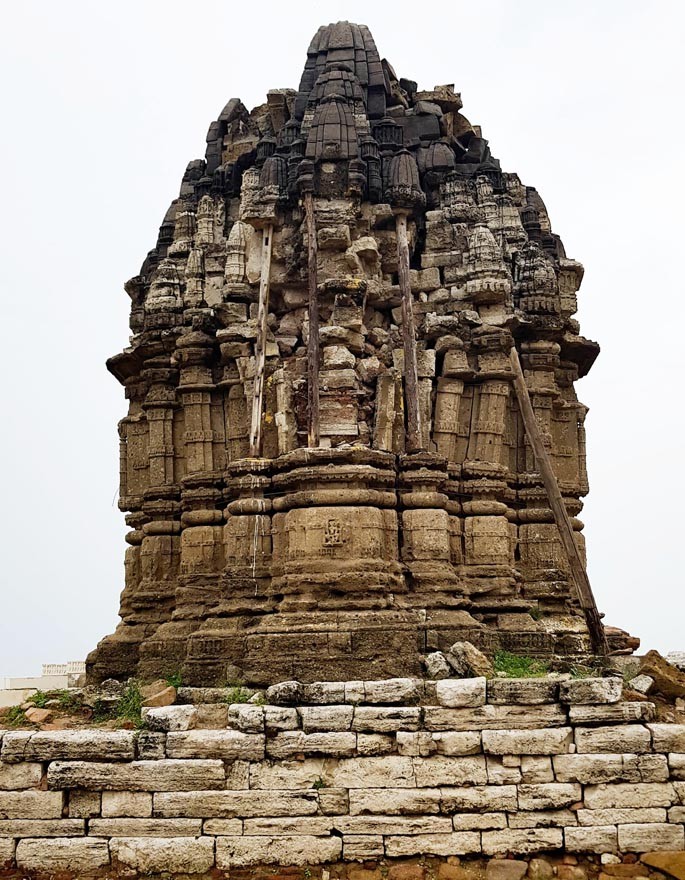 Muslims celebrating Holi. Hindus fasting in Ramazan. Sounds like a figment of a perplexed mind, doesn’t it? Well, you are in for a surprise. At a distance of 300 kilometres from Karachi, the desert of Tharparkar is a fascinating place to visit. Being the only Hindu majority area in Pakistan, the vast region is also one of the few remaining places in the country with an unbroken record of religious and cultural tolerance.

Living in Karachi, in complete oblivion of the culturally and religiously rich region, Thar, to me, was a town marked by stunted children, extreme poverty and mass migration. I write this piece as an apology to Thari folks, as well as a guide to anyone who is afflicted with a deep sense of wanderlust.

My journey to Tharparkar was an eye-opener.

I began my journey from Karachi at around 1pm. It took four and a half hours for me to reach the town of Mithi, the capital city of the Tharparkar region. After dropping my luggage off at a petite guesthouse in the town, I headed straight for sightseeing.

As sweet as the name suggests, the small, bustling town was strangely quiet in the evening. A town following normal business hours is something alien to us urban folks, at least to Karachiites. The only sounds we could hear were the ones coming from the direction of a sabeel (a stall offering free cold drinks and water).

Across the road, there was a group of young boys, donned in black, playing nohas on their phones and portable speakers. I instantly thought that they belonged to the Shia community. But I was in for a surprise. "They are Hindus from my community,’’ remarked Kapil, one of my local companions. Struggling to find the right words, I asked curiously, "Why are they wearing black?" From Kapil’s calm demeanour, I gathered that this was not an expected question for him. "Because it is the month of Muharram. And we do not only wear black but also take part in the Shia ritual of azadari to commemorate the month." I had not imagined that such religious harmony existed anywhere in the world, let alone in Pakistan.

It was tempting to linger around Mithi and learn more about the roots of religious accommodation there, but I ended up delving deeper into Thar to explore the region instead.

Next day we headed to Nagarparkar.

The double-lane road till Islamkot town was a sight for sore eyes. Our first stopover along the way was at Gori Jo Mandir (or Gori temple). The temple, with fresco art and marble carvings, was built by a Jain worshipper in the 16th century.

The 15th century Bhodesar mosque is located next to a Jain temple. Their proximity speaks volumes about social harmony and religious pluralism that have existed in this region for centuries.

The history of Sindh is incomplete without folktales. Legend has it that Marvi, a Thari girl, caught the eye of Umar Soomro, the ruler of the land, while she was drawing water from a well. Umar abducted her to make her his wife.

"Marvi preferred the local culture and traditions over Umer’s lavish lifestyle, enormous wealth and majestic palace. Such is the love, admiration and loyalty of our people to our culture," Partab said passionately, while narrating Marvi’s tragic story. Imprisoned by the ruler for several years, she never succumbed to his demands. Her courage and desire for a simple Thari lifestyle made her a legend in the entire region. For this very reason, locals and tourists flock to the Marvi well everyday. The tradition has compelled the culture department to set up a museum at the place.

After dropping off our luggage at the Rooplo Kohli guesthouse -- was named after an indigenous freedom fighter against the British Raj - we headed straight to our next destination: the Bhodesar mosque. The 15th century mosque is located next to a Jain temple. Their proximity speaks volumes about the social harmony and religious pluralism that has existed in this region for centuries. The mosque was built by the ruler of Gujrat, Nasir-ud-Din Mahmud Shah and is still in use.

Bewildered by the diversity of the land, I did not want the day, or the vacation to end. I was already feeling slightly blue about the fact that I was going to return to Karachi the next morning. But Partab - my guide - had other plans. "I’ll now take you to one of the most sacred Hindu places we have in Tharparkar," he said.

After crossing a myriad of sand dunes and endless greens in the fertile desert of Nagar, there emerged the rocky belt of Karoonjhar mountains. In the midst of this belt, there lies a sacred fountain. According to the Hindu community in the region, it is second only to River Ganges (Ganga) in India, in terms of holiness. "Those who cannot go to Ganga to scatter the ashes of their loved ones, do it here in the Sardaro fountain," said Partab. I could not help but notice the peace and tranquility surrounding the place. It was truly exquisite. Next to the fountain, there lies a temple of the Indian goddess, Kaali Mata.

On our way back to the guesthouse, I happened to spot some weaver birds, which Partab did not seem to be too enthusiastic about. But when it comes to wildlife, I am always intrigued. So we stopped there for a while, long enough for me to take some pictures of the birds and their intricately woven nests. Several nests, perched on a single tree were a sight that can truly not be explained in words.

I have always been fascinated by weaver birds.

Partab had one more activity planned for me before I had to head back to the hustle and bustle of Karachi: hiking on the enthralling Tarwat hills, locally known as Tarwat Thalla. We left at 5am the next morning for the purpose. I could not help but notice the large amount of trash, hiking our way to the top. Collecting some, I managed to gather between 40 and 50 bottles down the track. The view of Nagarparkar from the highest spot was mesmerising to say the least.

Back to the hotel by 10am, we had a wonderful breakfast of wild mushrooms and fried eggs. All set to leave for Mithi, I bid farewell to Partab, who had been a tremendous guide.

This was an experience of a lifetime. I feel more people should explore this magical, mythical region.

Just always try to be mindful and respectful of the local culture and customs. Tharis are simple, loving and hospitable people. I sincerely hope all visitors show them the respect and love they deserve.

Thar: where Muslims and Hindus live in complete religious harmony