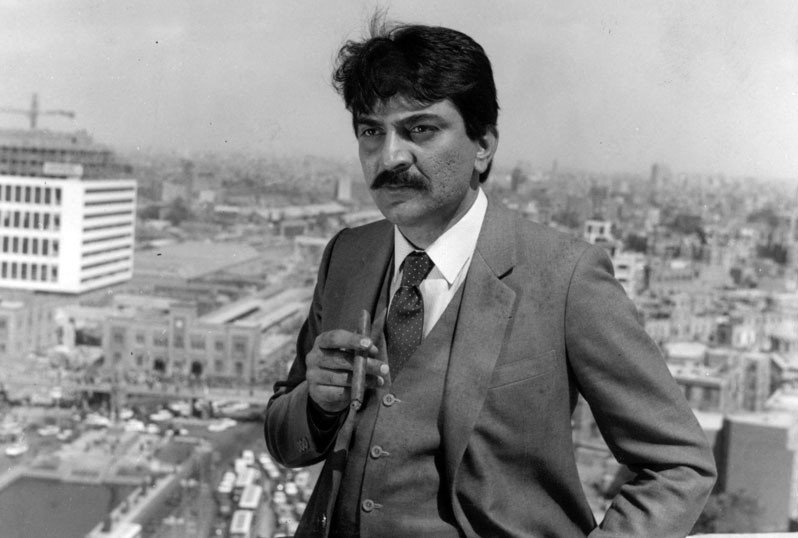 When I finished my university in 1970, I was offered a producer’s job at Radio Pakistan, but it wasn’t quite the thing I was looking for… actually, I wanted to be a TV producer. My university teachers advised me to accept the radio offer and wait for the right time to join Pakistan Television. The day I accepted the radio offer, I was sent 800 miles away, to join Radio Pakistan-Quetta.

The wilderness of Quetta was a far cry from the hustle and bustle of Lahore. The winter was at its peak and I had to walk a mile every morning in below-zero temperature to reach my office. But even more difficult was the preparation to go to the office: breaking pieces of ice and melting them on fire to get some liquid for shaving and brushing my teeth. I was so fed up with this routine that after a month I decided to run away from that Siberian camp. But had I not met that pleasant young man with bright eyes and a permanent smile on his face, I was certain to run away.

Yes, it was Abid Ali, who found me a decent house for affordable rent and at a stone’s throw from the radio station.

I was in my mid-20s, and Abid Ali was hardly 17 at that time. After completing his high school, he was pursuing a radio announcer’s career. In the pre-television days, radio announcement was a very prestigious job, and announcers like Mustafa Ali Hamdani, Aziz Ahmed and Akhlaq Ahmed Dehlvi were icons of broadcasting. I was a drama producer but could not cast Abid Ali in my plays because announcers were not allowed to participate in plays or any other programme. Their performance was strictly restricted to announcements.

In 1973, I moved to Pakistan Television, Lahore centre, and Abid Ali followed me. He had decided to try his luck in acting, and he was desperate for a breakthrough in TV plays. Meanwhile, my poet friend Amjad Islam Amjad was also trying his hand at play writing and PTV had welcomed him as a playwright. One evening, during a long walk, I introduced Abid to Amjad. Naturally, Abid was excited on the possibility of working in one of Amjad’s teleplays.

Abid was a man of few words, but to impress Amjad he became quite talkative during that long walk. In an effort to create a more friendly atmosphere, he narrated a joke. It was an old and well-worn one. Nobody laughed. After an uncomfortable pause of silence, Amjad asked me mischievously, "Where did you say your friend has come from?"

"Oh, Quetta," Amjad’s tone was quite sarcastic now. "That is a far-off place. It is so far away that even a joke takes five years to reach there."

Abid got the point and burst into a loud laughter.

The next week Amjad wrote a short play for me… a story of three young friends. I booked Abid Ali as one of the friends. The play had moderate success, but Abid had realised that a single play cannot bring him success; he needed a serial to prove his skill. His wish was soon fulfilled when he got a role in the popular serial Jhok Siyal. But his real break was to come in Amjad’s epoch-making serial Waris. Amjad was so happy with his work that in his next serial, Samunder, he wrote an even more challenging role for Abid Ali, which he performed with great vigour and enthusiasm.

As Amjad was his favourite writer, Yawar Hyat became his favourite producer, and in the later years he was called an artist of the Yawear Hyat school of acting.

It’s a pity that his liver disease took him away from us at the peak of his career.