As the youth try to break away from the past, Korea’s future, both political and social, will be fascinating to watch 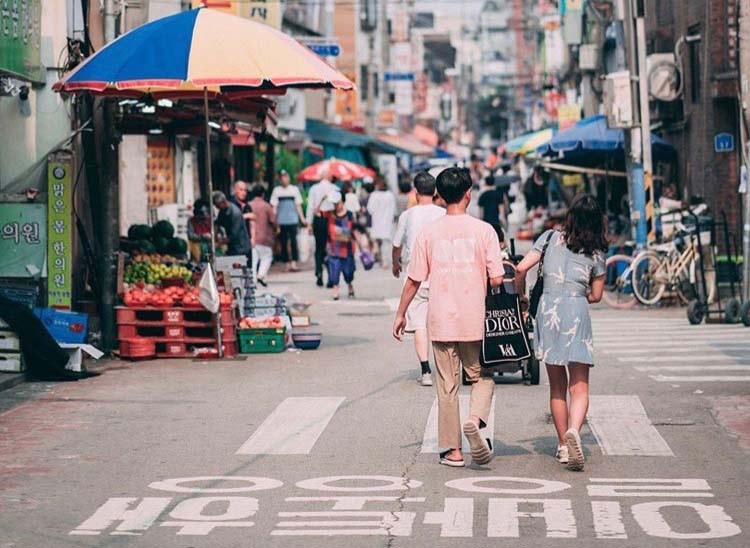 The ride from Incheon Airport, Seoul, to Gwangju, the sixth-largest city in Korea, inhabited by 1.5 million people, is picturesque. Tea fields, patches of forest and hills depict a way of life that seems to have continued for centuries. Sometimes one can see peasants in conical hats tending to the fields just as they might have done centuries ago. Korea, despite cultural losses during the decades spent annexation by the Japanese Empire, has been one of the few nations in the eastern world able to preserve its unique traditions, culture, language and etiquettes. But will this always be true? There are signs that western culture has started making its mark.

Statistics tell us that outside the largest developed countries such as the US, Koreans have had the largest number of cosmetic surgeries performed on them. One in three Koreans has gone under the knife for some cosmetic procedure or another. Most are designed to bring in greater conformity with the western ideals of wider eyes and narrower faces. While the phenomenon is visible around the world, in Korea it is driven by the beauty expectations set by K-pop stars. The K-pop culture involves music, TV shows, fashion and more, and is followed by millions everywhere across the globe. The song Gangnam Style by Psy, of course, brought the sound of K-pop in one of its manifestations into every home. It lives on long after the popularity of the song has faded. It has an avid following among teenage girls, everywhere in the world.

Gwangju itself is not a huge town. It has clean streets lined with a coffee shop every few metres, apartment complexes and an occasional shopping mall. Sometimes the faces, if one looks at them closely, say a lot more about how the country is trying to model itself. Young men, in particular, favour looks that would be mocked at elsewhere in the world. Shiny lipgloss appears on faces as they walk hand in hand with their girlfriends -- often in matching outfits. Sometimes, the hair is dyed in unusual shades of turquoise, orange or yellow. Skincare and K-beauty shops dot the streets. South Korea is well known for its skincare products such as snail slime masks. South Korea also accounts for about a fifth of the global market for male cosmetics. Expectations for how men and women should look are high.

Women are putting up slogans suggesting that tight, uncomfortable shapewear, designed to make the body look slimmer and conform to the western ideal flashed in so many magazine pages, be banned. The insistence on a petite figure is surprising.

At the present moment, an attempt is in progress to break away from this culture. Young women are putting up slogans suggesting that tight, uncomfortable shapewear, designed to make the body look slimmer and conform to the western ideal flashed in so many magazine pages, be banned. The insistence on a petite figure is surprising. Many stores sell clothes in one size, catering only to slight, small women. The upsetting trend to fit in with an ideal created in the newsrooms of western fashion magazines is omnipresent. Like their peers in South Asia, Africa, South America and elsewhere, darker-skinned Koreans do what they can to make their skin lighter or ‘brighter’, as the euphemism goes. A young man, aged around 18 and a student said, "it has got nothing to do with copying the west. Light skin makes you look more beautiful and the makeup colours stand out better." Another girl maintained that most of her friends, also attending college, used whitening creams and went to salons together for whitening facials. This, of course, is a familiar story for those who know Pakistan and its elite.

Gwangju also has a history of rebellion. It is famous as the ‘birthplace of democracy’ for the uprising against military rule that took place in 1980. The presence of 24,000 US troops on bases, which have existed since the end of World War II is a reminder that while South Korea has made enormous progress, it has come at a price. The country has had to largely cede political autonomy to its US backers. In the bargain, it has gained in economic and developmental terms from this. Even today, quite literally, the resonating sounds from the conflict between north and south ring out. Newspapers display headlines of missiles test-fired by the other country and the boom of jet planes can be heard overhead every now and then against the backdrop of a sky which quite often clouds over.

Korea’s future, both political and social, will be fascinating to watch. Its choice in food is wonderful already, with kimchi, a delicacy concocted with fermented cabbage, relished by many. The variety keeps growing. The traditional markets are still there, but they stand today alongside modern plazas. In the years to come we will have to see how far Korea is able to hold on to its past, its kimonos and kimchi, whether it moves towards a modern image or re-discovers an identity reflecting greater pride in its past and its ethnic heritage.