A giant retires from Test cricket

South African legend Dale Steyn ruled the longest format of the game for around 15 years during which he terrorised batsmen all over the world, sparing none 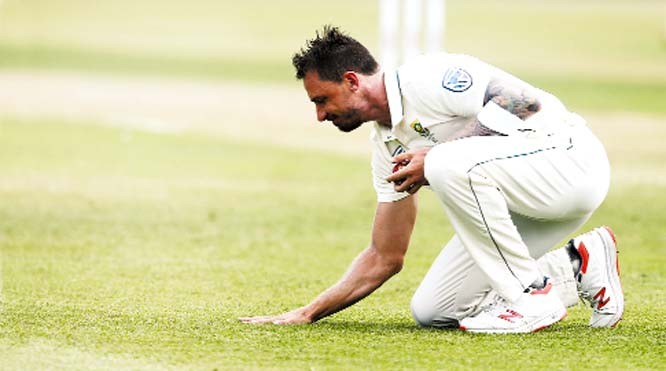 The list of players who are leaving Test cricket is getting longer very fast. South African fast bowler Dale Steyn is the most recent addition.

Cricketers have been opting to quit the longest format of the game in order to prolong their limited overs career. It allows them to make more money in short time. They have more time to play in T20 leagues around the world.

Players earn millions through T20 leagues and sometimes they make themselves unavailable for national duty to play these leagues.

Recently West Indian all-rounder Andre Russell opted out of the three-match T20I series against India citing an injury, but then he turned up for Vancouver Knights in a T20 tournament in Canada.

Last week, South African fast bowler Dale Steyn announced his retirement from Test cricket. Steyn said: "In my opinion Test cricket is the best version of this game. It tests you mentally, physically, emotionally. It’s terrible to consider never playing another Test again but what’s more terrifying is the thought of never playing again at all. So I will be focusing on ODIs and T20s for the rest of my career to maximise my full potential and ensure my longevity in this sport."

Steyn ended his Test career as the top wicket-taker for South Africa and eighth in the world with 439 wickets in 93 matches, averaging 22.95. He is the fifth-highest wicket-taker in the fast bowlers’ list.  The only four ahead of him are James Anderson (575), Glenn McGrath (563), Courtney Walsh (519) and Stuart Broad (450).

He took 10 wickets in a match five times and grabbed five or more wickets in an innings 26 times. His best bowling figures were 7-51 -- against India in Nagpur in February 2010.

Dale Willem Steyn made his Test debut against England in 2004 at Port Elizabeth. It was not a good start for the fast bowler as he took three wickets, conceding 146 runs. South Africa lost the Test by seven wickets.

His last appearance in Test cricket also came at Port Elizabeth, against Sri Lanka in February this year. South Africa lost the Test by eight wickets. Steyn failed to take any wicket after conceding 77 runs.

Steyn’s career suffered because of injuries. He received a serious injury -- a broken bone in his right shoulder -- during South Africa’s tour to Australia in 2016. It looked as if the fast bowler’s career was over. But he returned to Test cricket with a bang in 2018, taking only 14 deliveries to pick up his first comeback wicket.

After a few months, he faced another injury -- this time in his heel. He regained fitness and rejoined the national team in December 2018 against Pakistan in Centurion. In that Test he became South Africa’s leading Test wicket-taker with his 422nd dismissal, going past Shaun Pollock. Because of injuries, he took 41 months to go from 400 to 422.

He returned to ODI cricket after around two years against Zimbabwe and was selected for the World Cup 2019, but a recurrence of his shoulder injury ruled him out of the tournament.

His ability to win matches for his team is shown by the fact that 22 of his 26 five-wicket hauls came in wins. No other pace bowler in Test history has more such hauls.

South Africa’s tour of India in 2015-16 was probably the beginning of the end of Steyn’s glorious career. He developed a groin injury in the first innings of the Mohali Test and missed the other three Tests.

The Proteas are sure to miss Steyn in the upcoming Test series against England and India. In his absence, Vernon Philander, Kagiso Rabada and young Lungi Ngidi will be their pace options.

He brilliantly led the South African attack for around 15 years, setting a high standard for the young fast bowlers to follow.

A giant retires from Test cricket