The stuff of fairytales

A charming retreat from the busy city life, Carmel-by- the-Sea, a breezy village is a two-hour drive from San Francisco 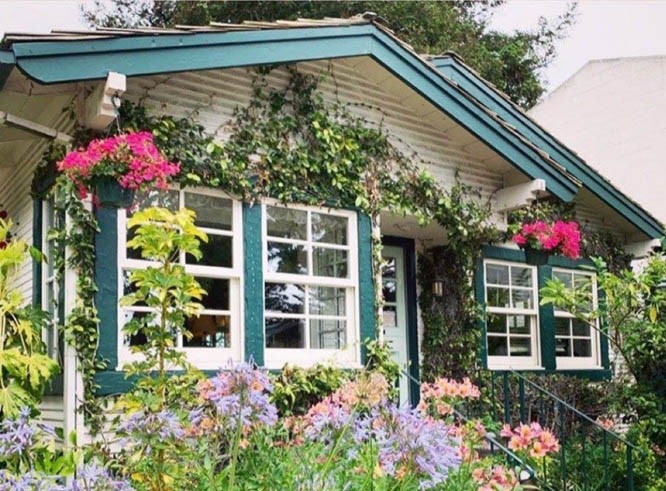 I often wondered where the inspiration for cute little fairytale cottages in the books we read came from. As a child, I grew up looking for them and assumed they were merely in the books and fragments of writers’ imagination. But no, I was wrong. I finally found them - in fact, a whole small town that looks like it is straight out of a fairytale.

Last month while exploring the 17-mile drive, one of the most scenic drives in the US, in California, we stopped by at a town called Carmel. Interesting name for a city? Indeed. Carmel-by-the-Sea is a 120-year-old small beach city on California’s Monterey peninsula. It is known for the museums and library of the historic Carmel Mission, and the fairytale cottages and galleries of its village-like centre. And while this may be a short description, there are no words that can do justice to the ambience and aura of this little town.

As picturesque as a postcard, the breezy village of Carmel-by-the-Sea enjoys living at a slow pace and welcomes visitors to do the same. Despite being there on a very touristy weekend, it seemed like life had been frozen there. Everything being there in its original condition without any innovation or novelty is what makes it so unique from the rest of California or even the world that’s constantly changing. At Carmel, I felt like even if I had visited 20 years ago, the city would have been the same. This feeling came with a different kind of solace that I could leave to return years later and find it like it was, making me travel back in time in a way.

Two hours from San Francisco, located south of this town, is not to be missed while in California. While the town can be easily explored on foot, you’ll need a car to get to the rest of the valley and coast. The entire town is a few streets over a span of a square mile, and literally takes an hour or two to walk around. All these streets are heavily influenced with an architectural mishmash of storybook English cottages and Swiss Alpine chalets. Some of these cottages have been turned into shops, art galleries, boutiques, eateries, hotels and even Airbnbs to allow tourists to come and live in them and get the real feel of the town. These streets walk down to Carmel’s steep and sandy beach and the view of California’s Pacific coastline, spangled with rocky outcroppings, ghostly cypress trees and the electric green slopes of the famed Pebble Beach Golf Links.

Carmel Bakery, established in 1899, around the same time when Carmel-by-the-Sea came into being, is the oldest bakery there and one of the places you definitely want to stop by.

The most interesting fact about this one-square-mile village is that it has no streetlights, parking meters or addresses with even-numbers. After all, how can one get lost in a town that spreads over just a mile? Most of us having a morning commute longer than that.

So what do you do if you find yourself in Carmel? Well, you must feel lucky and start walking from the opposite end of the beach all the way down to it. You’ll find some hidden gems and other well-known attractions in the area making you feel like you are part of a fairytale story yourself.

Carmel Bakery is one of them. Established in 1899, around the same time when the town came into being, this is the oldest bakery there and one of the places you definitely want to stop by. The bakery has had 4 owners in its 120-year-long history. The original owner, Fritz Schweinger lived in an apartment above the bakery for many years. He is considered as one of the founding fathers of the town. For over 100 years, bakers at Carmel Bakery have supplied the town with freshly-baked goods. Equal parts bakery, deli, Starbucks Coffee Bar and the neighbourhood hangout spot, Carmel Bakery has an extensive menu comprising Scottish shortbread, English scones, Italian biscotti, giant soft Bavarian pretzels, deli-style sandwiches, soups, fresh salads and fresh gelato.

Among the many lovely alleys of Carmel, there is one that hides a bookstore called The Pilgrims Way: an independent bookstore in a hidden alley next to a garden shop called The Secret Garden where you can find more treasures than just books.

I was surprised to know that Carmel, despite being so small, has a museum too. The museum was part of the San Carlos Borroméo del Rio Carmelo Mission which was founded at its present site in 1770 by Father Junipero Serra and was once the headquarters for the entire California mission system. Known more simply as the Carmel Mission, the site includes a poppy-filled garden, an abalone-strewn cemetery and a stone Basilica with original 18th-century artworks. At the Mission’s Convento Museum, you can peer into Father Serra’s spartan living quarters -- a table, chair and a highly uncomfortable-looking wooden bed -- and check out his book collection, identified as California’s first library.

The town has a local library for the public too, and one quite spacious for a town that’s so small. The Harrison Memorial Library has created a new resource for exploring Carmel history with a map of the houses of famous Carmelites who lived in the town including author Mary Hunter Austin, painter Chang Dai-Chien, architect Charles Sumner Greene and blacksmith Francis Whitaker. Having seen the town, I can imagine why writers chose to live there. Inspiration probably came easier to those who did.

Among other attractions, there are great restaurants where waiters sing, cottages that have been turned into candy stores with Swiss chocolate and souvenir stores that make you want to bring a piece of Carmel back home. But besides these galleries, eateries, boutiques and souvenir stores, Carmel is the kind of town that spells magic and makes you start questioning if the busy city life is even worth it?

The stuff of fairytales