Up in the north

Before you head off to Gilgit-Baltistan over the upcoming Eid holidays, think twice. The weather there is unpredictable and roads dangerous, and there’s nothing anyone can do about it 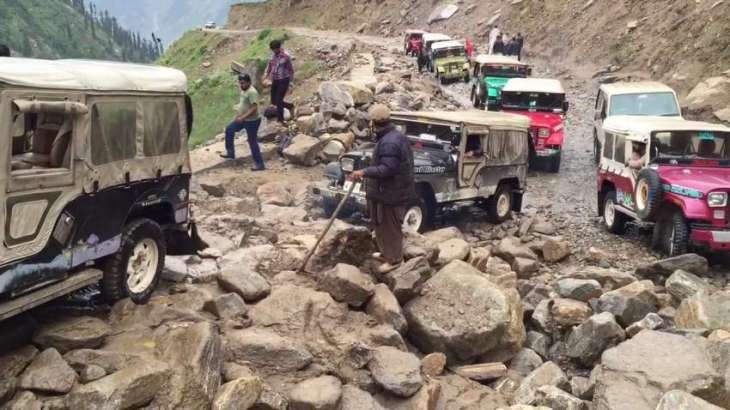 It was a rainy day in the last week of July. Faisal Khan, along with his family, was heading to Gilgit-Baltistan via Naran and Kaghan to skip the scorching summer heat of Lahore. At about 2.00pm, when they reached the scenic Naran valley, they decided to make a stopover for a meal. "As we were having our food, we came to know through some locals that flashfloods and landslides had blocked the road near the Babusar top," says Khan, a Lahore-based businessman.

"We decided to make the stopover in a hotel close to the blockage as we expected the road to be cleared soon. But that took a whole day," he adds.

Khan managed to reach Gilgit after a delay of 24 hours.

Khan’s family wasn’t the only one to get stuck on the road to the Babusar top. Last week, hundreds of travellers suffered the inconvenience as flashfloods and landslides washed away roads at five points. In an unfortunate accident, a tourist van was hit by a landslide near Jhalkand and Burwai in the Naran valley. Four people were killed.

Khan says the place where he stayed with his family was arguably one of the most beautiful places in the Naran valley but lacked facilities one takes for granted -- "At night, the temperature plummeted, and we lacked warm clothes. The hotel didn’t have room heating."

Khan says he made the mistake of not seeking an update on the weather and the roads in Northern Areas before embarking on the journey. "I think the government must issue a travel advisory every year about the best time to travel to the North."

He adds that the locals filled up the vacuum left wide open by the government authorities. "My sincere suggestion to those travelling north is to keep in touch with the locals for guidance. People are not only hospitable but always ready to help the needy."

This year, heavy monsoon rains have caused extensive flooding and have triggered landslides across Pakistan. According official statistics, 64 people have died and more than 70 injured besides damaging 160 houses till the filing of this report. The disaster management authorities have provided emergency assistance including tents, food items, blankets and sleeping bags to those affected.

In the absence of official travel advisory, the locals provide the best advice. According to them, adventurers should avoid the months of July and August.

Nabeel Ahmed, a hotel manager in Multan, was on his maiden visit to Gilgit-Baltistan. He along with his family got stuck in Chilas for almost an entire day after landslides damaged the Karakoram Highway at Tatta Pani. "Waiting midway is so hard. Mountains look frightening at night."

In the absence of official travel advisory, the locals provide the best advice. According to them, adventurers should avoid the months of July and August.

Farid Ahmed, Director General Gilgit-Baltistan Disaster Management Authority (G-BDMA) says the mountainous region is prone to floods and landslidings but "we maintain a close coordination between deputy commissioners and sub-offices in valleys. We reach out to tour operators to inform them about the weather conditions."

He adds that information about weather and floods is available on the websites of Pakistan Metrological Department, Federal Flood Commission, and is shared on Whatsapp with the concerned bodies. Ahmed, who visited Tatta Pani to supervise the clearing of the roads, says: "The FWO had reached there before I got there. We sent for more machinery to expedite the work."

He adds that the weather in Gilgit-Baltistan is different from the rest of the country. "It is unpredictable, as monsoon rains rarely approach this region. In GB, cloudbursts and thunderstorms take place in isolated areas. If we issue an advisory, we won’t get any tourists in summers."

Up in the north 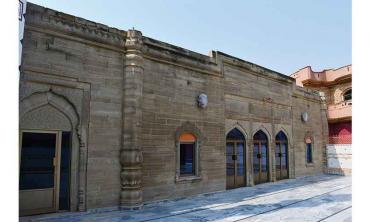