A jovial evening of song and poetry recently held in Cambridge, USA, spread the message of peace and harmony among South Asian participants 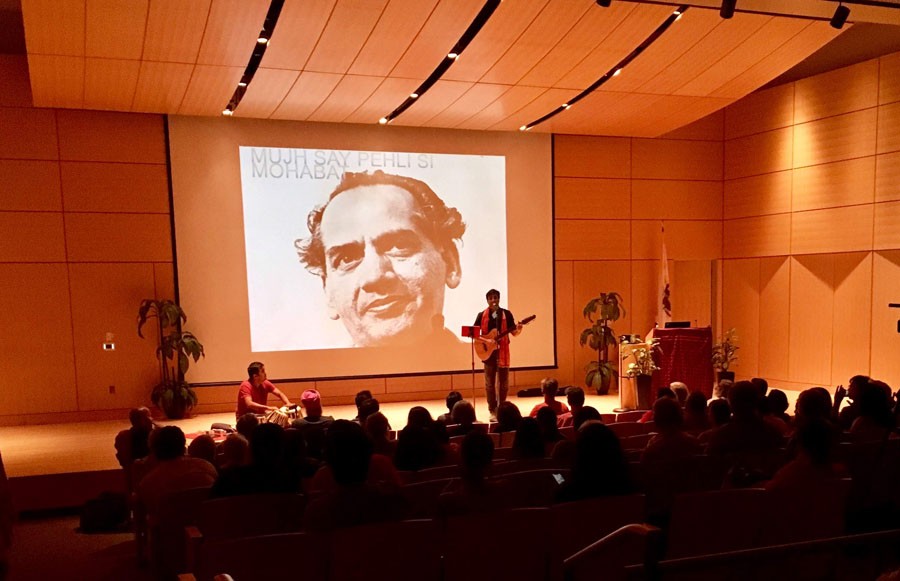 While driving to the Cambridge Public Library with my wife on the evening of July 10, I was a little sceptical. I had never spent an evening dedicated entirely to revolutionary poetry and songs.

What we experienced, however, put all the anxieties to rest. We were taken on a spiritual journey -- a feast of earthy poetry and heart-touching music notes, something that can only emerge from the struggle of the people of the soil. The concept of stylised storytelling as street theatre optimised this spirit.

LAAL, translated as Red, a musical band from Lahore, is known for singing socialist and progressive political songs and sentimental ballads of pop and sufi rock music, using the poetry primarily of revolutionary Urdu poets Faiz Ahmed Faiz and Habib Jalib. The band’s key artiste Taimur Rahman (vocals and guitar) and his partners Mahwash Waqar and Haider Rahman, promote change and attempt to use music and poetry as means of promoting the cause and rights of the working class in Pakistan. The audience was fortunate to also witness the local Ishwin Dembla providing the tabla accompaniment. Additional percussion was provided by Alan Simon of Lahore. Kashif Ul Huda was the event’s programme manager and the event was curated by Cambridge-based journalist and activist Beena Sarwar.

Blending projected slides with recitation and singing, Taimur Rahman kept everyone engaged. He started with sufi saint Baba Fareed’s poetic wisdom in Punjabi which ensured that all minds were detached from the rest of the world and were wired with his. He followed it with Mein Ne Kaha (I said) and moved on to pieces from Umeed-e-Sahar, and Dastoor. Faiz’s Mujh se Pehli si Mohabbat and Habib Jalib’s Zulm Rahe aur Amn Bhi Ho was a part of the film screened later. The presentation of Jalib’s monumental creation known for its sheer effervescence emerging from a real story, was mindblowing:

(You are still unaware of etiquettes of a slave, one has to dance even wearing chains on).

This was transformed into a song in the iconic voice of Mehdi Hassan and included in the film Zarqa.

Taimur weaved his thoughts, anecdotes and spontaneous comments around his songs. Together, they became an integral part of his stage presentation. He went on to articulate how revolutionary Urdu poetry can be transformed into contemporary when played in rock music -- to inspire change. His performance, song after song, mesmerised the all Ages audience.

TwoCircles.net, a Cambridge-based non-profit that runs a daily news website which does outstanding coverage of some of India’s most marginalised communities, like Dalits, Muslims, Adivasis also helped facilitate the programme. Special thanks were reserved for Pakistan Association of Greater Boston and APPNE - Naema Ahmad, Dr Asimah Qayyum, Dr Khalil Khatri, Anwar Hakam.

The organisers also took the opportunity to articulate the need for a lasting India-Pakistan peace.

It was announced that a week after August 14-15, Pakistan-India Independence Day, will be designated as the Annual International Neighbours Day to encourage people to reach out to their neighbours in their own localities as well as virtually. In Cambridge, it will kick off with an event titled Mohalla Day: Spirit of South Asia on August 24, 2019. This will be a joint celebration of food, music and diversity of South Asian countries with a focus on neighbourly relations and camaraderie.

The City of Cambridge is like a magnet for the literati, where art and culture thrives and builds bridges to connect people from all backgrounds. 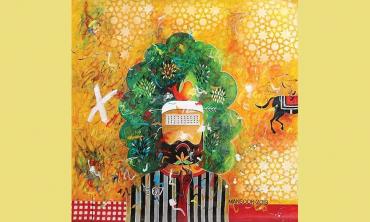