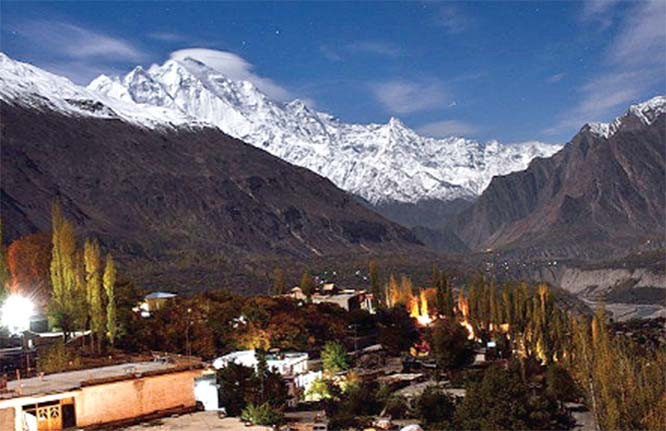 Social media in recent years has grown to host various sorts of platforms. With that has come the opportunity to build personal brands via blogging and vlogging.

With the ban lifted off of YouTube in Pakistan and platforms such as Instagram having gained international popularity, the concept of having a social media presence that reaches out to thousands and in some cases even millions is now very much present in Pakistan as well.

With the country having so much to offer in terms of culture, history and natural beauty, travel blogging has become a platform to display photography, video making and written content for the enthusiastic traveller for locals and foreigners alike. Social media being an international platform, recently many international travel bloggers have started coming to Pakistan, to show the world what the country has to offer to the adventurous traveller.

Now that the security situation is much better in the country, and the British Backpackers’ Society chose Pakistan in its top spot calling it "home to some of the worlds friendliest and most hospitable people" and that it "offers some of the world’s most dramatic mountain scenery", the world’s interest in Pakistan is gradually increasing. It has intrigued many about the country especially since over the last few years the international media has been providing nothing but a negative image of Pakistan.

The ban lifted off of YouTube, English is fairly well understood and the realisation that Pakistan might be a hidden gem is what is attracting many foreign bloggers to the country.

With the current government heavily promoting tourism and the softer image of the country, it is what makes Pakistan the perfect location at the moment for the blogger who wants to showcase different content. Some of them have come in the country on their own, while others have been brought in and sponsored by private companies who have also realised the potential of tourism in the country.

After all, in today’s age of technology and internet access, the vlogger or the blogger has become the new celebrity. This change has also, of course, heavily benefitted the local travel bloggers in the country, who now not only have an even greater opportunity to showcase their own content but can also associate themselves with the foreign bloggers, provide a backbone for them and generally guide them in the right direction.

With all these bloggers having their own brand names and different perspectives and various sorts of content that they create, the country is being displayed on an international platform like never before.

With events like the Pakistan Tourism Summit, an event held by the government, which had panelists that included politicians and prominent journalists; some of the international bloggers were invited to come and give talks and present videos in front of an audience and then later in front of Prime Minister Imran Khan.

At this time it is important to recognise what the foreign bloggers are doing for Pakistan, that they are making content for their own communities, which will hopefully put Pakistan on their list to travel and will generally help in improving the image of the country.

A point that was raised was why the local talent was not supported at the event. Another issue that was raised was that the foreign bloggers might be presenting Pakistan in a way that seems unrealistic, which further brings up the question if the negative side of Pakistan is not shown properly, what are the repercussions of that to other foreign travellers that might want to visit the country.

An American travel blogger, Alex Reynolds, who is better known by her blog name, "Lost with Purpose", recently released a video addressing all of these issue, after she claimed she was "silenced" at the Pakistan Tourism Summit as she was not allowed to deliver the talk in front of the Prime Minister.

All these points have started a debate about whether we should critique the bloggers for only showing the positive side of Pakistan, and whether it’s important to showcase the negativity as well.

Pakistan perhaps is obviously not an easy country to travel in as compared to other more developed ones, so the question that automatically arises is will this affect the expectations and experiences of any foreigners coming into the country, and will they be unprepared, and if there can be any negative experience with a traveller, will it affect Pakistan’s sensitive position in the international media even further?

The Pakistan Tourism summit has received a lot of backlash, regarding there not being enough representation, however, this has moved things into a more positive direction as a few privately held events supporting both foreign and local bloggers alike have recently taken place. The Pakistan Tourism Dialogue and the Vloggers Summit 2019 have both been appreciated for furthering the discussion, of how travel blogging can be further improved in the community.

Mustafa Ali Najafi of the Islamabad Instagrammers Society, who has travelled Pakistan quite widely and has closely worked with a lot of the foreign bloggers states: "No one can portray things with a perfect balance. They are all valid in a way…Pakistan was closed off to the world for such a long time that people are now fascinated by it."

Another member of the Instagram community, Bilal Hasan says, "Critique that is shown is fine but should be realistic. Pakistan cannot afford any more negative light."

An international blogger, who has been traveling the country for the past few months but wished to remain anonymous, spoke to TNS, about how he had to angle his camera in a certain way as to not to show the trash lying on the ground, or how he chooses not to mention the negative and traumatic encounters he has with the police and the intelligence.

"People think we’re just a production company… I don’t blame the police as I go to places where many foreign tourists don’t go with camera equipment. He also states that foreign bloggers should be supported because they come into the country with a fresh point of view. "A local blogger knowing the whole scenario better than us might see things with a certain amount of bias."

This is clearly the right time for Pakistan to be projecting all that it is worth. It is also refreshing that foreigners have started to recognise our country for what it is and that the government is being so supportive of it. However, we still have a long way to go where it comes to improving our systems.

Amel, a French traveller who has been residing in the country since the past few months and who goes by her social media handle ‘iamlema’ was one of the first to go to Kashmir after the NOC was lifted. She, however, was not allowed entry and had to call contacts of hers for assistance. "If they are going to focus on tourism, they should focus on the systems and infrastructure and information is given out. The process for getting the visa and NOCs should be made easier."

It seems that this is a common complaint of many foreign travellers, that there is a lack of information of exactly which places they are not permitted to visit, places that can become quite a hassle for them.

The issue of censorship also comes into question, and whether there will be any repercussions for it. The image of Pakistan should be presented in a balanced way. Showing a completely positive image is deceptive, however, we as a nation cannot afford any more negativity either as it is. Compared to how other countries in the world promote their tourism, perhaps it is more important to showcase the positives of Pakistan, which for sure outnumber the negative points.

Pakistan has a lot to offer, and it is about time that the world recognises the potential the country has as a tourist destination. However, at this time it is important to recognise what the foreign bloggers are doing for Pakistan, that they are making content for their own communities, which will hopefully put Pakistan on their list to travel and will generally help in improving the image of the country. From the looks of all the content and information which is being posted about the tourist destinations and attractions online, Pakistan is building a place for itself as a top tourist destination.