Mainstreaming of militant groups should not be taken as a step but as a process. In the current situation, this process has not even begun yet 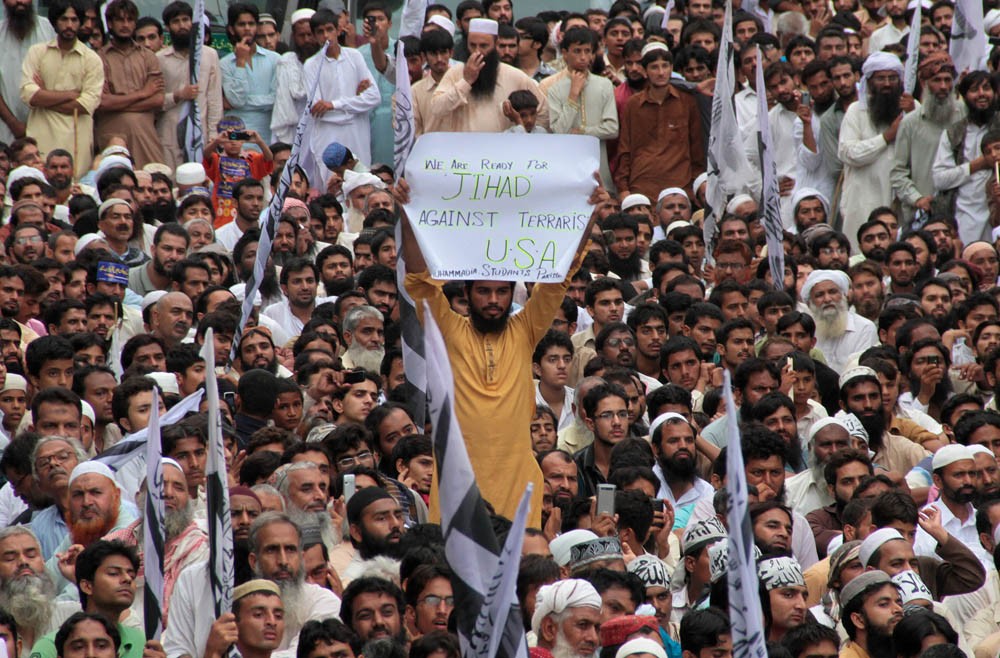 There is a renewed debate in Pakistan on the idea of tackling proscribed religious outfits through ‘mainstreaming’ to make them useful and responsible citizens. This time, the move to mainstream proscribed outfits, no less than 70 at the moment, comes in the backdrop of likely global restrictions if financial resources of banned outfits are not curbed.

The situation emerged after the Pulwama attack in the Indian held Kashmir, allegedly masterminded by Masood Azhar-led Jaish-e-Muhammad. The group backs Indian Kashmiris’ struggle to get freedom from India.

Policy-makers in Pakistan claim that mainstreaming has nothing to do with Pulwama attack or India’s pressure but is linked to national interest in the wake of Financial Action Task Force’s (FATF’s) meeting and the UN’s concerns.

The PTI government that claims to be on the same page with the military is advocating social integration of such militant groups, active within and outside Pakistan for the past several years. According to a list of the Interior Ministry, there are at least 70 international, national and sub-national groups which are said to be armed and have been banned from time to time. Many resurfaced with new names and were banned again.

"We have a three-pronged strategy to deal with the proscribed organisations," Fawad Chaudhry, federal information minister told media last week. "First, banned outfits would be disarmed and then there would be economic integration. Those associated with them would be given loans. Employment opportunities would be created for them. At the third stage there would be political mainstreaming."

Apparently, the government functionaries are unable to come up with any detailed plan about mainstreaming of banned groups. If the mainstreaming means engaging the militant groups in political activities, providing them jobs and pushing them away from their radicalised agendas, some of these groups have already been mainstreamed like Jamaat-ud-Dawa, Jaish-e-Muhammad and Sipah-e-Sahaba.

Jamaat-ud-Dawa has a huge network of schools and medical facilities across Pakistan. We can say the JuD is already mainstreamed as it is in politics, its operatives are not jobless, and in Pakistan, it has shown its face as a welfare organisation which apparently has no radical agenda.

Jaish-e-Muhammad too is running schools, bringing out publications, giving health facilities, and ambulance services. However, it is not involved in politics directly but extends support to different Deobandi religious groups like Sipah-e-Sahaba and Jamiat Ulema-e-Islam (S) this means it is too almost mainstreamed but has not given up its militant agenda.

"We have to engage the parliament and all stakeholders in this process even if it takes more time, including talking about the ideology of extremists, supremacy of the constitution," says Ehsan Ghani, former director general NACTA.

This shows that Pakistan will have to do something else in the name of mainstreaming to force, compel or persuade the hardliners to budge their violent agendas.

In the past, the state had struck several deals with the Taliban and Tehreek-e-Nifaz-e-Shariat-e-Muhammadi (TNSM) in Waziristan and Swat to ‘mainstream’ them. But they asked for more space without dropping down their guns.

Bilawal Bhutto Zardari, chairperson Pakistan Peoples’ Party (PPP), speaking on the floor of the National Assembly a few days ago, has plainly rejected the idea of mainstreaming such militant factions. "The policy for mainstreaming the banned outfits needs to be annulled," he said in a statement. In another presser last week, Bhutto has called for forming parliament’s National Security Committee, urging the government to keep a distance from past actions/statements in support of banned organisations; and removing the ministers backing such groups.

"Militants are Pakistan’s problem as well as of the region. No such integration is possible without a national consensus,"  said Farahtaullah Baber, senior PPP leader, speaking to the media the other day. "Such a step should be based on strict scrutiny and ensure deweaponisation. Otherwise, it will only be political legitimisation of such groups."

Lt Gen (r) Amjad Shoaib informs that the idea of mainstreaming emerged out of a plan suggested by the Inter-Services Intelligence (ISI) in 2016, particularly after the Pathankot Airbase attack in India for which JeM was blamed. "As far as I know the suggestion was to socially and economically integrate the activists of these groups," he says. "After the ban during the Musharraf regime, many activists joined militant groups in disappointment because their parent groups had renounced this policy."

Gen. Shoaib says the state has categorically highlighted that waging jihad is the state’s responsibility and there is no permission for any private jihad. He believes the plan is there and parties opposed to it should raise voice in the parliament and debate it because that is the supreme council to finalise this policy. "If some groups or individuals who have renounced violence want to become part of the political process it is up to the Election Commission of Pakistan to decide about their fate."

The issue of dealing with these militant groups became prominent after 2001. General Pervez Musharraf banned about two-dozen militant religious outfits in the early years of his regime, allegedly active in Pakistan and across the border, including Jamaat-ud-Dawa and Jaish-e-Muhammad.

In 2008, JUD and its sister groups came under pressure after India accused Hafiz Saeed of masterminding the Mumbai attacks. United Nations Security Council also put restrictions on Saeed. Similar crackdowns and efforts of mainstreaming these groups were seen after the Pathankot attack in India in 2016. The next year Pakistan was at the risk of being put on the "grey list" of countries by Financial Action Task Force (FATF) to curb global terror financing.

"Mainstreaming of such militant groups should not be taken as a step but as a process and I think in the current situation, this process has not begun yet. Actually, I feel, we are in search of a quick glory. The short cut could be harmful in the long run," says Ehsan Ghani, former director general of National Counterterrorism Authority (NACTA).

"If we do things just because of FATF or under different pressures or as follow-up of incidents and do not start a long-term process, which is time-taking, we will end up nowhere," he warns.

Ghani urges that stopping terror financing is much more important than satisfying international powers, "If we take measures to curb such groups for ourselves, it would be proactive; if we do it only near the deadlines this will backfire."

"We have to engage the parliament and all stakeholders in this process even if it takes more time, including talking about the ideology of extremists, supremacy of the constitution. Without a detailed process in the mainstreaming of such groups, it will be an extremely negative step," Ghani believes. At the moment, it seems the state is in a stronger position and the power of these militant and banned groups is diluted." The government should form a parliamentary committee/commission to discuss the matter."

One of the latest examples of mainstreaming was the formation of Milli Muslim League (MML), a political offshoot of JuD, which failed to get public attention. The political group, facing the challenge of registering with the Election Commission of Pakistan, was barred from contesting general elections 2018. The political group, however, was formed without dismantling the ideology of JuD.

Some insiders say that the position of military establishment is not clear on the issue of mainstreaming militants/banned outfits. Even the 20-point National Action Plan, made after the attack on Army Public School Peshawar in December 2014, does not clearly talk about any mainstreaming. Rather, it talks about eliminating and showing zero tolerance to such groups and dismantle their camps.

Also read: "There should be open debate in parliament …"

"The talk about mainstreaming banned groups started surfacing some 10 years ago. It came from the military thinking that we can provide them some political platform that can bring social acceptability and open avenues for their social integration," says Imtiaz Gul, senior security analyst. "What I understand about mainstreaming is providing them with a political platform because, after all, these people are part of society and the state has to do something about them."

Gul says if the efforts of mainstreaming these groups remain cosmetic or if we fail to make it without a thorough process, is involving the parliament and the security establishment we will continue to face internal and external challenges. "We have to be categorical to these groups telling them that the era of jihad is over to deal with this socio-political challenge."