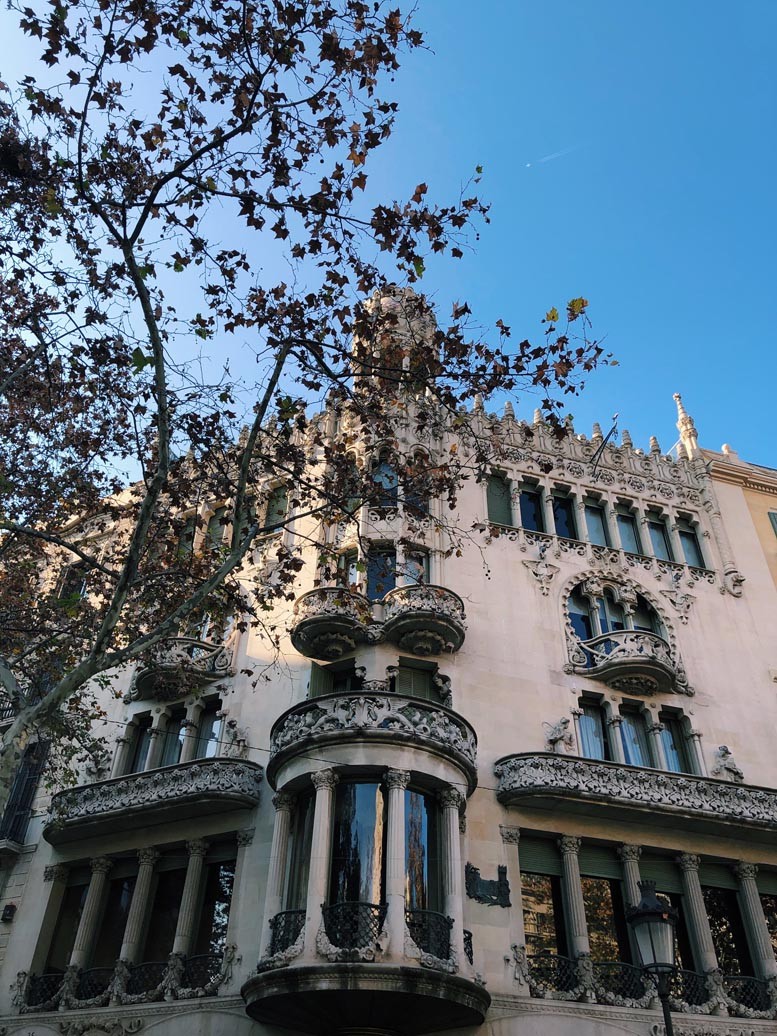 As we approached a dark, dingy alley in the heart of the Gothic Quarter in Barcelona, and dragged our over-sized suitcases (because when has any Pakistani ever learnt to pack light?) up two flights of stairs, I wasn’t sure what to expect from the city. We’d spend the last night on a bus from Madrid to Catalonia, and could barely think straight. At the next landing, a small, wiry Catalan woman, ushered us into her apartment. While this Airbnb host listed down a seemingly never-ending list of house rules, I set out to explore the immaculately decorated apartment where we would be living for the next two days.

To my surprise, the first thing I saw as I entered into our room was a cartoon portrait of Malala Yousafzai hanging on the wall. Considering Pakistan’s particularly difficult relationship with Malala, it was heartening and almost overwhelming to see her photo surprisingly mounted on a wall in a home located in the heart of Barcelona, belonging to a local Catalonian woman.

The surprising start to our visit had me convinced that my experience in Barcelona would be an intriguing one to say the least.

Having been to Madrid right before coming to Barcelona, the quintessential European Habsburg façade was still very fresh in my mind; I expected to see the same classical style of architecture in Barcelona too, with cobbled streets, lined with aesthetically placed coloured buildings and charming outdoor cafes. It was fascinating to see that Barcelona looked nothing like Madrid. The towering gothic, and neo-gothic buildings felt a world apart from the country’s capital. Yet what made the city stand apart from Madrid was the unique Catalan identity that the entire city embodied here, Catalunya seemed to come before Spain.

Catalunya has operated as a relatively autonomous region in Spain ever since General Franco’s repressive regime came to an end in 1978. Overtime, the grievances amongst the people of Catalunya have grown due to the widespread sentiment that despite being one of the most productive regions in Spain, it had to face the brunt of economic crises with little to no returns from the central government. These grievances grew into a full-blown call for Catalonian independence, as the pro-independence leaders called for a referendum in October 2017, which was declared illegal under the Spanish constitution. As I now flip through my photo gallery, I notice a disproportionate number of photos of political slogans and elements left behind from the recent referendum in Barcelona. While the Madrileños were far more restrained in expressing their politics, the Barcelonés wore their politics on their sleeves; Catalan independence flags hung off the balconies of apartment buildings; signs of solidarity with political prisoners were spray painted on pavements and chants of protests against political repression rang through the courtyard of the city hall. This distinct Catalan identity, and this struggle to assert it seemed to have a looming presence in the city, months after the referendum.

Experiencing Barcelona at a time when the Catalonian separatist movement was at its peak instantly took me back to the days before the election in Pakistan where competing political slogans seemed to have choked the streets of Lahore. The slogans calling for release of political prisoners instantly took me back to the missing persons’ situation in Pakistan and the sharp contrast between how the two countries are  currently protesting the political emergency. During a walking tour of the city, I was fascinated to learn from our tour guide about the ubiquitous "Estelada", the Catalan independence flag that could be seen all over the city. The flag’s blue, with a five-pointed white star is inspired by the flags of Cuba and Puerto Rico, the last of Spain’s colonies, which is strongly symbolic of how Catalans view themselves.

It soon became clear to me that Barcelona was a city of many contrasts. While I could witness the unfolding of an active separatist movement right before my eyes, I could simultaneously see a cosmopolitan giant, which had opened its arms to a sea of tourists. The street culture in Barcelona gives a very different energy to the city, and while seemingly distant and separated from the smog-infested Lahore by continents and cultures, I kept thinking of the city that has been my home for 23 years. The local children playing football in the streets of Barcelona were constant reminders of the mohallas of Lahore where children construct makeshift wickets out of a mountain of bricks during their daily afterschool street cricket matches.

You could probably hear more people conversing in Urdu within a one-mile radius in Barcelona than you usually do within the miniscule DHA bubble in Lahore.

In addition to the familiarity of politics enveloping a city, the affinity to Barcelona as a South Asian tourist became even more pronounced as I walked the streets and came across conversations in Urdu between street-side vendors and shopkeepers, an aspect that I have experienced very little in the other European countries I have had a chance to visit in recent times. You could probably hear more people conversing in Urdu within a one-mile radius in Barcelona than you usually do within the miniscule DHA bubble in Lahore. As we stopped by at a road-side kiosk to buy some souvenirs, the vendor struck a conversation with us, telling us about growing up in Lahore, right before he invited us over for some chai. As my sister and I walked down from Park Güell, yet another Gaudí marvel in Barcelona, while looking for the best restaurants to eat Paella, we heard a girl explain Paella to her Indian parents: "Paella aisa hee hai jaisay aap biryani kha rahay hon." ("Eating Paella is almost exactly like eating a plate of biryani."). The familiarity of a conversation in Urdu/Hindi in a non-native land drew me towards the city -- a feeling that I have hardly felt anywhere outside of South Asia.

Barcelona is the city of Gaudí’s magical and enigmatic masterpieces. It is the city where the street art has been composed by none other than Picasso. It is the city where millions amass to encounter the sheer magnificence of the Sagrada Familia. Given all of this, Barcelona should have been a city unlike any that I had seen before. And yet, in this distant part of the world, I found the familiar in the unfamiliar.