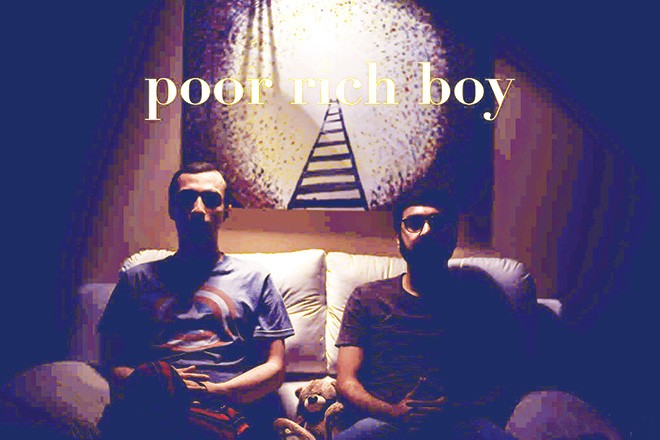 2018, in many respects, was a terrific year for music and brought back several trends that were presumed to be dwindling, if not dead in entirety. Our story, therefore, must begin with organic album releases.

Strings released six songs from their newest studio album, 30, each accompanied by album artwork and a music video. For the first time in their careers, Pakistan’s longest running band worked on releasing an album, not through the backing of a massive record label or a corporate entity but by embracing the digital format.

Adil Omar released his first full length record called Transcendence (accompanied by a film) putting pieces of himself in the record like never before; there were some delicious collaboration(s) to go along with it.

Another super-group Mughal-e-Funk, featuring Rakae Jamil, Kami Paul, Farhan Ali and Rufus Shehzad has also just released their debut instrumental album, Sultanat. Both records are radically different yet equally beautiful, containing songs that will stay with you for years to come.

Jimmy Khan is in the processing of doing it, having unveiled two (at the time of writing of this article) of the five songs that make up his first live folk album titled Tich Button, which has an extensive line-up and is produced by the incredibly talented Zain Ahsan.

Unveiling several songs in 2018 such as ‘Cereal Killer’, ‘Preacher’ and the title track, ‘Almost Tuesday’ so far, the band is hitting what looks like its best album to date, given their sound and lyrical evolution. Almost Tuesday has other singles in the pipeline.

A big mention to True Brew TV, the brainchild of Lahore-based music producer Jamal Rahman has to be made. The initiative released dozens of songs this year with the likes of Zoe Viccaji, Saakin, Janoobi Khargosh and many more. As Jamal pointed out in one interview with Instep, a platform like True Brew TV deserves more media coverage for the sake of the many artists who appear on it, many of whom don’t have full-length albums. If True Brew TV can provide a platform to young, diverse, eclectic artists, why don’t they get as much coverage as a corporate-backed entity? These are important questions and 2019 is therefore just an equally important year for music.

Music festivals continued their run in 2018 with Lahore Music Meet 2018 and the third edition of Lahooti Music Melo being the most interesting of the lot, not just for the music that was presented at these events but also because of the panel discussions about the past, present and future of music that were debated upon.

If LMM presented folk sessions with the likes of Saeen Zahoor, Attaullah Esakhelvi and Tahira Syed, it also presented the music group Sikandar Ka Mandar (SKM), a much-loved music group to a packed-house; their performance earned them a standing ovation. At Lahooti Melo 2018, inclusion and diversity was consistent throughout and people were presented with various forms of music, including some beautiful folk.

Learning from the past, paying attention to what is happening in the present is the only way to pave way for future music generations and these two festivals reminded us that it is possible to be a community of artists.

Other events such as Mad Decent Block Party, held in Islamabad, brought international names such as Major Lazer (featuring Diplo), Valentino Khan, Chrome Sparks and local boys SNKM (Talal Qureshi and Adil Omar), Shamoon Ismail and Lyari Underground, among others. Barring Lyari Underground and international acts, all artists were mostly Islamabad-based and in doing so, MDBP co-curators Adil Omar, Talal Qureshi and Brendan, managed to shine a light on some of the music that is being made in Islamabad. The event needed to be better organized since the turnout was in the thousands.

The role of corporate investment

Corporate investment and what its role should be remains a subject of discussion as Coke Studio 11 (produced by Zohaib Kazi and Ali Hamza, for the first time), Pepsi Battle of the Bands season 3, Cornetto Pop Rock 3, all made a comeback. Nescafe Basement is also said to be in the pipeline.

Coke Studio 11, for its flaws and criticisms, introduced a new module called Coke Studio Explorer that served as a prequel to the main show and was about unearthing voices, cultures, languages and pure talent. It got four of the five episodes just right.

Speaking to Instep about Coke Studio Explorer, co-producer Zohaib Kazi told Instep in a 2018 interview: "It is meant to inspire people and to recognize diversity and make it acceptable. The broader conversation behind all of it is that for us, beyond a consumer, it’s a human being first."

Added co-producer Ali Hamza: "That is the first common ground that Kazi and I came together on… that music is a means. It is not the product we’re creating. Our focus is on exposing people and starting a conversation where people have a better sense of identity and feel proud about Pakistan. Coke Studio Explorer is the starting point, which will lay that foundation."

Introducing five artists via Coke Studio Explorer, Coke Studio 11 was unveiled and though the show earned its fair share of criticism; it also brought some of the folk element back.  It gave the likes of already established bands like The Sketches (with an extended line-up) and Khumariyaan a chance to be part of the line-up, both of whom delivered two of the best songs of the season in ‘Daastan-e-Moomal Rano’ and ‘Ya Qurbaan’ respectively.

Other super-groups like Chand Tara Orchestra (‘Nami Danam’) and Mughal-e-Funk (‘Aurangzeb’) utilized their much-earned spot on Coke Studio 11 to unveil their respective records later this year.

The other major corporate music production, Pepsi Battle of the Bands 3 saw a change in judges with Strings ultimately co-judging with program judges Fawad Khan and Meesha Shafi. The show, however, managed to highlight strictly average bands, apart from runner-up band Xarb. Bayaan, the other group to make it to the top two slot, ultimately won but its Xarb who seemed to have the most potential.

Fortunately, the band’s second album and the first since getting on Pepsi Battle of the Bands 3 is being produced by Zain Ahsan, so we expect great things.

On Pepsi 3, in terms of performances, particularly from the judges, Meesha Shafi took the number one spot for her part-vulnerable-part spiritual ‘Mein’.

Corporate investment also came in the form of Coke Festivals, across multiple cities, that provide the public with a variety of food and a slew of performing artists.

Other examples include Peak Freens Sooper, who joined forces with Geo TV to present the comeback of Junoon, which entailed a music video and a huge concert in Karachi.

Clearly, corporate investment in music is not going anywhere but it must be said that this investment should also go to artists who can then record multiple albums. Branding also needs to be looked into as it’s getting bigger and bigger but is not always aesthetically pleasing to the audience or in accordance with the artists and their aesthetics, music, and narrative.

2018 was also the year of Salt Arts, the Karachi-based company that managed to hit the landmark feat of having executed more than 50 live shows since coming into existence. Each show is about experience. From audience development to aesthetics that match the narrative of an artist, Salt Arts shows are growing a stronger reputation.

Sounds of Kolachi, a beautiful music group, made their Coke Studio debut this year as well as their European debut and so did Khumariyaan. Both bands also showcased their strong live music ability. Electronic music producers such as Alien Panda Jury and Rudoh repped Pakistan in Thailand and all of this can serve as a reminder of what a rich music year 2018 was. A lot more is coming up in 2019. More on that, next year.