The city is being cleansed of billboards and hoardings on the SCP order. The outdoor advertising industry seeks reliefs, vowing to abide by regulations 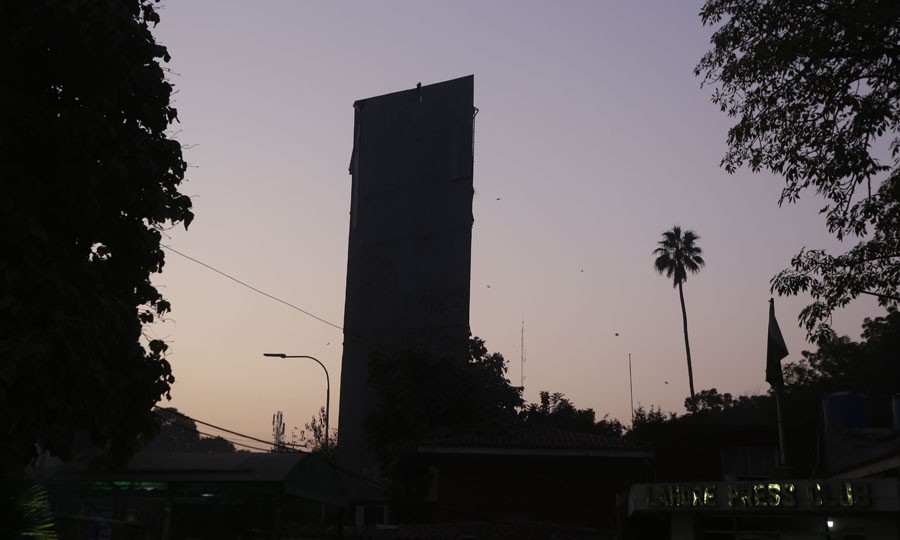 The Supreme Court of Pakistan (SCP) order, dated October 17, 2018, about the removal of billboards anywhere on the roads and streets of the country came as a shock to the outdoor advertising industry. It created panic in the market, as thousands of people associated with the sector are still not clear about their future.

However, the quarters opposing an unplanned proliferation of billboards in the city think these are an eyesore and risk to pedestrians and commuters.

If one looks at the court directions, the action is meant for the bodies and authorities that do not have relevant laws and bylaws to monitor the sector. Secondly, the decision is applicable on billboards and hoardings placed on state properties, while the private properties can put them up subject to compliance with the relevant regulations.

The court issued specific instructions for Lahore as well where it was noticed that entities like the Pakistan Railways, Lahore Cantonment Board as well and Defence Housing Authority (DHA) have allowed hoisting billboards at public places in the absence of any laws. After hearing the respondents, the court ordered the removal of billboards and hoardings within a stimulated time period.

A review petition has been filed by the outdoor advertising industry pleading the court to reconsider its decision and save them from a sudden collapse. The industry players have also agreed to remove the flaws, if any, in the existing system and streamline things to make this mode of advertising safe and sound.

At another level, one wonders what the city would look like after the billboards and hoardings are removed. There are voices that claim these add beauty and colour to the city’s landscape.

Parks & Horticulture Authority (PHA) Director Amir Ibrahim says the authority has submitted a compliance report with the apex court that stands satisfied on it. "We have a comprehensive outdoor advertising law that gives us powers to allow billboards and hoardings at public places, but we have been refrained from exercising that."

He also talks about the different bodies and entities working in Lahore that were asked to submit their compliance reports but none came forward.

Almost all billboards and hoardings that we see in the jurisdictional limits of the PHA are installed on private properties.

"Outdoor advertising includes the advertisement display, placed on the roads, green belts/verges or private/government premises, shops and houses, hospitals, educational institutions, petrol pumps, fences, walls, vehicles etc. It includes streamers, posters, banners or any other thing placed, painted, pasted or installed and visible from a public place and is intended to inform the viewer of the availability of a service, product or outlet as mentioned in clause-2 of the Parks and Horticulture Act 2012."

There are reports that the Cantonment Board and DHA have started removing billboards, and also requested the court to let the clients complete the time period mentioned in their contracts.

It is also said that the cantonment boards are trying to get a law passed on outdoor advertising so that they can satisfy the court. The critics believe this won’t be possible before the deadline given by the court. Sardar Latif Khosa, counsel of the Cantonment Board, even pleaded that the cantonment boards should be allowed to continue with outdoor advertising as it is their basic source of income to run their hospitals.

There is a growing concern as to where will this advertisement budget go if it is disallowed in the city. The court judgment suggests there are many other ways such as marketing through print or electronic media that the businesses can adopt. It also says that the billboards on the roads, especially digital ones, and hoardings, also divert the attention of the drivers.

A member of the Pakistan Outdoor Advertising Association (POAA) says this perception is not right as the business in this case goes to international online platforms and not the conventional print and electronic media. "What happens is that the advertising that would come to the government is lost to the likes of Google, Facebook, and Youtube where payments are made through credit cards."

His point is that the businesses should not be shut down altogether; they should just be subjected to regulations, however strict.

The POAA member also challenges the perception that outdoor advertising is a distraction. He says that it’s popular all over the world, "In fact, the trend is increasing in the US at the rate of 5 percent per annum!"