The trajectory of Lajmi 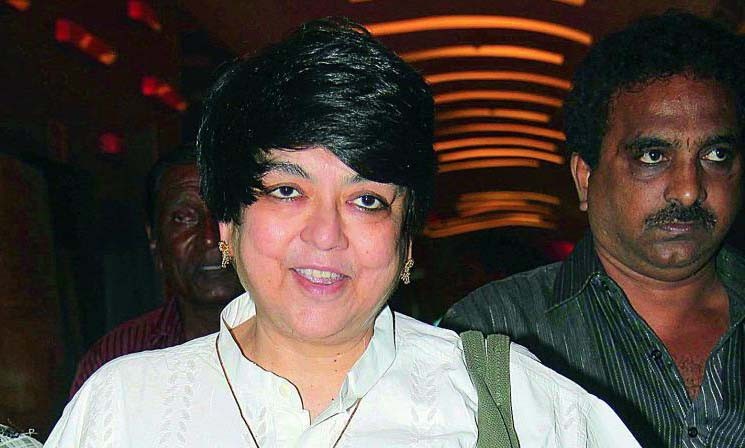 If you try to count women film directors in India and Pakistan, the list will not be long. With the death of Kalpana Lajmi, the list has been further reduced in India.

Sai Paranjpye is perhaps the senior-most among the living female directors in India. Daughter of a Russian father and a Marathi actor, writer, and social worker, Paranjpyerthe initially made documentaries and then won critical acclaim with her feature film, Sparsh (Touch), in 1980. The film which revolved around a blind man (Played by Naseeruddin Shah), won Paranjpyerthe Filmfair Awards for best direction and best dialogue. Katha (1983), based on the folk tale of tortoise and rabbit, and Disha (1990) about the plight of immigrant workers, won her acclaim as one of the best all-round filmmakers in India.

While Paranjpyerthe was making inroads as a documentary director and producer, Aparna Sen was excelling as an actress in Bengali Cinema. Starting work at the age of 15 with directors such as Satyajit Ray in Teen Kanya (1961) and Aranyer Din Ratri (Days and Nights in the Forest, 1971); with James Ivory in Guru (1969) and Bombay Talkie (1970), she established herself as a leading actress before venturing into direction.

Her debut as a director was as impressive as it could be for a 35-year-old actress. The film, 36 Chowringhee Lane (1980) produced by Shashi Kapoor had his wife Jennifer Kendal play the lead.

Most of the films of Deepa Mehta, who is from Amritsar but now based in Canada, fall into the category of Indo-Canadian cinema because of her focus on Indian history, literature, and Indian men and women living in Canada. She is best known for her ‘Elements’ trilogy, dealing with controversial issues of social reforms in India. The first, Fire (1996), dealt with arranged marriages, homosexuality, and patriarchal culture in India. The second, Earth (1998), focused on religious strife at the time of partition from the vantage point of a young Parsi girl, written by Bapsi Sidhwa.

The last in the trilogy, Water (2005), was perhaps the most critically acclaimed with its focus on suicide, misogyny, and mistreatment of widows in India.

Mira Nair is more of an American than Indian director. Her debut feature, also her first major success, was Salaam Bombay (1988), which dealt with children living in slum areas of Bombay, and garnered her numerous international awards.

Nair has frequently collaborated with another woman writer and filmmaker Sooni Taraporevala who co-wrote stories, dialogues, and screenplays for Salaam Bombay, Mississippi Masala (1991), and The Namesake (2006). But Nair’s best film remains Monsoon Wedding (2001), that so beautifully portrayed the hullabaloo of an Indian wedding in which so many undercurrents play their role.

Kalpana Lajmi may not make it to the top of the list, but her most standout films such as Ek Pal (1986), Rudaali (1993), and Darmiyaan: In Between (1997) have touched topics that are not normally handled by mainstream directors. Kalpana belonged to a very talented family; her mother Lalita Lajmi was an artist; her uncle was Guru Dutt, one of the biggest names in the world of Bombay cinema. Shyam Benegal was another of her family relations who gave her a chance to work as an assistant in his films such as Bhumika (1977) and Mandi (1983).

Kalpana ended up becoming a director, producer, and screenwriter. Most of her films were realistic and low-budget ventures that were often women-oriented. Her story cannot be complete without discussing her partner, another interesting personality, Dr Bhupen Hazarika, who was a polyglot working in Assamese, Bengali, English, and Hindi. Hazarika was not only a filmmaker but also a lyricist, singer, and writer.

Like most of her female predecessors, Kalpana Lajmi debuted as a documentary filmmaker and then, with a bang, emerged on a feature film scene. Her first feature, Ek Pal (a moment, 1986) starring Shabana Azmi, Naseeruddin Shah, and Farooq Shaikh was in collaboration with Hazarika and Gulzar.

If Ek Pal dealt with the topic of adultery initiated by a woman, Kalpana’s next masterpiece came five years later in 1993 in the shape of Rudaali that focused on two women played by Dimple Kapadia and Rakhi. Based on a story by the great Bengali writer, Mahasweta Devi, and with dialogues from Gulzar, Rudaali presented a quintessential feminist narrative of women’s plight in a village of Rajasthan. This is the story of a woman whose tears have dried up and no matter what devastating tragedy she has to endure, she cannot shed a single tear. Songs such as Dill hoom hoom karey with mesmerizing music from Hazarika, have a haunting impact on the listeners.

Kalpana continued her quest to tackle unusual subjects with Darmiyaan: In Between (1997) that combines the story of an aging actress Zeenat (Kiron Kher) with her eunuch son, whom she calls her brother, Immi (Arif Zakaria). As the actress is faced with her declining charms and dwindling finances, Immi has to come to her rescue, resulting in tragic consequences. Kalpana returned to the topic of violence against women in her next film Daman: a victim of marital violence in 2001. This film was supported by the Indian government and acclaimed by critics, with Raveena Tandon in her best performance ever.

Sadly, Kalpana’s last film Chingari (2006) with superb acting from Sushmita Sen was not only a box-office flop but also a directorial debacle with mostly clichéd dialogues and sequences. Based on ‘Postman and the prostitute’, a story by Kalpana’s life-long companion, Hazarika, the film featured Sushmita as a village prostitute who is exploited by a religious leader, Mithun Chakraborty. In both her films, Daman and Chingari, women end up killing their male exploiters; husband in Daman and rapist in Chingari.

Interestingly, almost all directors that we have discussed here tend to direct third-class movies in their later careers. Aparna Sen’s Arshinagar (2015) based on Shakespeare’s Romeo and Juliet set in Bengal is a disappointing film. So are Deepa Mehta’s Anatomy of Violence (2016) and Beeba Boys (2015). The same is the case with Mira Nair with her pathetic direction in Reluctant Fundamentalist (2012) and even worse in Amelia (2009). Kalpana Lajmi was no different. After directing masterpieces such as Ek Pal and Rudaali, she became a victim of formulaic and drab presentation of male characters in her later films discussed above.

The trajectory of Lajmi 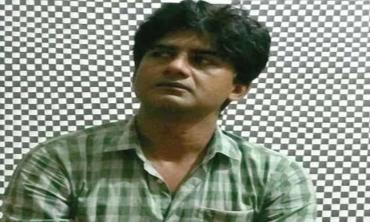