How to regain our lost glory 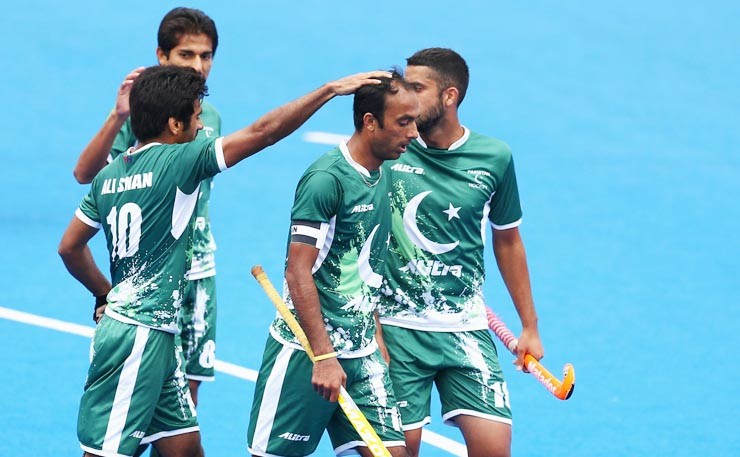 When the current set-up of the Pakistan Hockey Federation (PHF) took over, it promised to streamline the game’s affairs and to improve domestic structure and standard at the international level.

But the last three years have been a story of defeats, humiliation and fall in standard at all levels. Pakistan stand 13th in the world, the lowest ever. Our domestic hockey is almost vanished.

The fall occurred despite the fact that the government released Rs500 million to PHF. All this help, however, proved unfruitful.

At the Commonwealth Games, we stood seventh out of eight teams. In the Champions Trophy, we stood sixth.

At Asian Games 2018, Pakistan did not reach the podium, which was only the second time in Pakistan hockey’s history.

The humiliating journey started from world hockey league in 2016. In the Champions Trophy 2018, Pakistan secured 6th position out of six teams followed by fourth in Asian Games 2018.

This is the darkest day in Pakistan hockey history. Now Pakistan team will have to go for qualification round for 2020 Olympic Games.

In Asian Games, Pakistan won comfortably only against lowly teams. The actual competitive matches started from the semi-finals stage. The following are the reasons behind our poor performances.

Off the Field Reasons:

1- Revolt by the players. It is sad that before the Asian Game 2018 the players went on strike because of non-payment of daily allowances.

2- Frequent changes in team and management. In three years, the PHF changed the team management five times, which affected our preparation. Every coach has a different way of coaching. The situation became critical when the team was handed over to a foreign coach which created barriers of language and method of coaching. European coaches emphasise physical strength. Asian coaches knowing the physical deficiency of their players focus on skills.

If we look at Japan and Malaysia, their management had been attached with team for three to four years and the same was the case with the players.

3- Selection of Pakistan Team/ Composition. This was not as per requirement of the tournament. In my opinion there is no need to take two goalkeepers.

4- Recovery Time of Senior Players. The Pakistani team has a few senior players who need more recovery time during the tournament. They should be given more rest in early matches. In the last two matches of Asian Games, their performance was not at par.

On the Field Reasons:

Pakistan versus Japan: In the semi-final against Japan, the team management could not read the opponents’ defense strategy. In the first two quarters, Pakistan didn’t even enter their circle.

It was astonishing for me that the management had no second plan to break the opponents’ defence. The strategy should have been one-plus-one, avoiding one-multiply-by-one which goes in favour of the opponents. The Japanese didn’t play extraordinarily but Pakistan’s performance was well below par.

Pakistan versus India: After losing in the semi-final against Japan, who are ranked 16th, it was very difficult for the team to beat India, who have a much higher ranking. This match Pakistan lost in the same fashion as the semi-final. Pakistan team had ample time to equalise when India took an early lead but we woke up in the dying minutes which was too late.

There is no doubt that for the last many years we have had a small number of international level players. We have had to select the team out of 35 to 45 players. To enhance the number of quality players available we have to take the following measures immediately.

i) Establish Olympian academies to train the players on modern lines. At present our budding players take a lot of time to adjust in fast-flowing hockey. In modern hockey the speed of the thought should be as good as speed of the game.

ii) Local Tournaments. For the last three years there have not been enough tournaments. The most important thing is the revival of local clubs which used to be the nurseries of hockey players.

iii) Infrastructure. There has been improvement in this area with 20 turfs available now across the country. There should be a mechanism to utilise them. The local association should be handed over these facilities with allocation of budget by the local government. To generate funds, create a bigger pool of players, and attract people, international hockey must be revived in the country.

Hockey is in our blood. If the right man is chosen for the right job, we can regain our past glory.

How to regain our lost glory