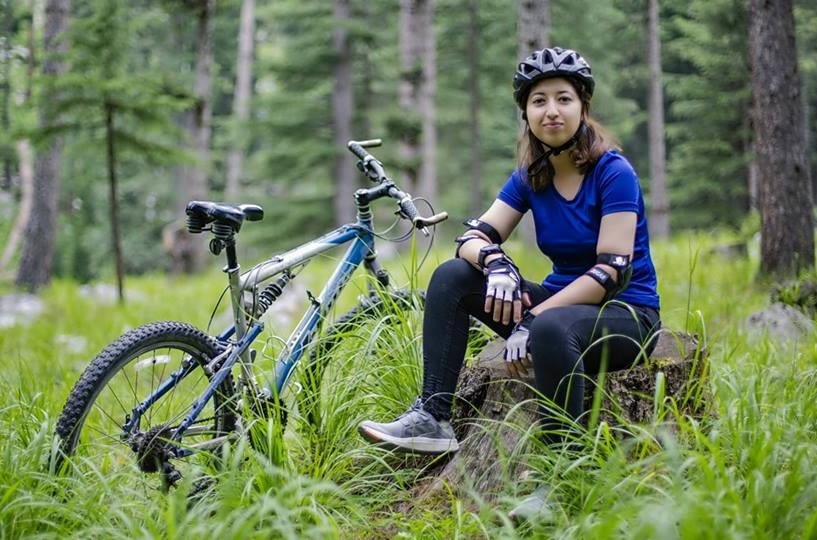 Pakistani cyclist Samar Khan has two world records to her credit -- the first woman to bike to the Biaflo Glacier in Gilgit Baltistan and Africa’s highest peak Mount Kilimanjaro located in Tanzania -- and she has no plans of stopping anytime soon.

Belonging to a conservative Pashtun family, Khan’s achievement over the past few years have been groundbreaking and have helped initiate extreme sports in Pakistan. She prefers solo journeys. "I do hire locals, when I reach there, so I know the place, but it’s risky taking someone else along. I know how I train, but I don’t know about anyone else, and can’t let them become a burden," she tells The News on Sunday (TNS).

We sit down on a warm afternoon a few days after she returned home in Rawalpindi from a documentary shoot in Kumrat, KP. She is off to Nepal next, to summit its highest pass for technical training before she flies off to the US for an assignment she couldn’t delve deep into, as of yet.

The News on Sunday (TNS): To begin with, what do you think moved you to begin cycling, professionally?

Samar Khan (SK): I think I’ve always been adventurous. I drew inspiration from European athletes. I’d ask myself why adventure sport was not common in Pakistan. When I was in university, I tried paragliding and enjoyed it thoroughly. I grew as a person. I was shy, bookish and studious before that experience. I began to understand fitness and the need to challenge myself. I decided to take up cycling as a professional career, which is rather difficult being in Pakistan (smiles).

TNS: Out of sports in Pakistan, cycling happens to have the least fanfare and hence, opportunities. How did your family respond to your unusual career choice?

SK: I did my first tour from Rawalpindi to Abbotabad secretly. My family didn’t know (laughs). I didn’t have a proper kit, so I just went ahead in my scarf, kurta and sandals. It rained, I had some accidents, faced lots of hurdles… that’s when I realised I needed proper training and a biking kit, backup and medical firstaid.

It took me a couple of months to gain my mother’s confidence. ‘What are you doing riding a cycle on the road? What would our family say?’ she’d tell me. But I made her look at what the results would be; how I’d be sponsored, since I also had to support my family. She wanted me to teach or pursue something ‘safer’. After she saw what the response was like on a national and international scale, she started to encourage me.

TNS: There’s also stigma attached to recognising sportswomen in the mainstream. What was the initial grind like?

SK: The first year and a half was difficult since I didn’t have an established profile. When I’d contact sponsors, they’d tell me I hadn’t done anything groundbreaking. In the midst of this I had to support my family and abide by my values and culture. Back then girls hardly travelled on bikes alone. Now it’s trendy to bike in groups and explore the country. I started off when biking was raw in Pakistan.

I had to limit access of my family members from my social media accounts (laughs). I didn’t want them to know what I was up to until they actually saw me on TV. And when they did, they told my mother to reprimand me. Over the years, mindsets have changed, the way people look at me has changed.

TNS: Amidst the harsh criticism, which of your expedition has been a breakthrough?

SK: When I summited the Biaflo Glacier in Gilgit Baltistan in 2016… I had taken it as a challenge and my seniors had laughed at the idea. They thought I was going to commit suicide. But I studied a lot, I spoke with trekkers from other countries, who told me biking on a rocky mountain, where landslides are inevitable, is impossible. Thus I decided to ride a bicycle that could be disassembled; I could carry tyres and frames separately when the need be. That actually helped. After a patch, where I had to trek and carry the parts of the bike, I reassembled it and rode on it till the summit.

Yes, it was dangerous. For about 10 days I was on a glacier… in frozen environment totally. BBC Urdu was broadcasting it live and I didn’t know. When I arrived at a checkpost, I knew the word was out, for the policemen recognised me and asked if I was the one to attempt the record (laughs again). Everyone I met on my way back home knew me. That was definitely a breakthrough for me.

TNS: What was the response of Gilgit Baltistan locals to see you bike solo?

SK: Initially they were welcoming. They thought I was a foreigner. But when I spoke to them, they were delighted to know I was a Pakistani. They would call me their sister and daughter, and were very helpful. In fact, the hotels I stayed at have put up my pictures to introduce me to their visitors. Had the locals not extended support to me I would not have continued the expedition.

TNS: What made you summit the highest peak in Africa, Mount Kilimanjaro last year?

SK: It was a personal reason. I had to shrug off severe criticism of my acts that came of course with only measured appreciation. It’s difficult for people to wrap their head around something new. People doubted my passion and ability. That’s when I decided I had to go abroad. I chose to go to Kilimanjaro.

TNS: How did some of your fellow travellers at Kilimanjaro react to seeing a Pakistani woman bike and set a world record?

SK: Rarely does someone from Pakistan go there. It’s a very commercial peak with trekkers coming from all over the world. But when they saw me on a bike, they laughed at me and called me crazy. However, on my way back from the summit, Germans, Koreans and Swedes came up to me for pictures. They sat down with me after dinner to hear about Pakistan.

TNS: Lastly, what do you think can be done to promote adventure-sports in Pakistan and rebuild the culture of biking in general?

SK: Due to the absence of coaches, most people interested in adventure-sports are self-trained. I spend a lot of time on research; I have a workout plan, a strict diet, and I trek and bike over weekends, so that’s the kind of discipline that needs to be maintained. I’ve decided to launch my own sports company to train enthusiasts in off-road biking, basic self-defense, especially for women who want to travel alone and to organise championships. 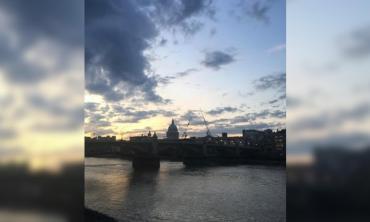 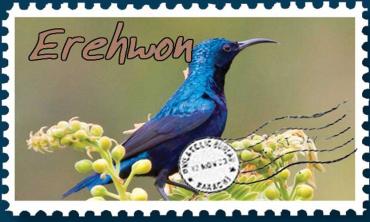 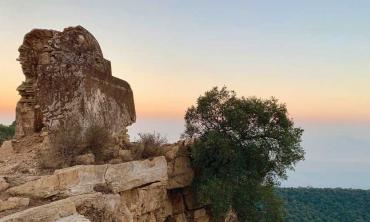 An escape to Tilla Jogian