Stars of another era

Frank Sinatra and his two wives, Ava Gardner and Mia Farrow, starred in movies that still mesmerise us with their brilliance 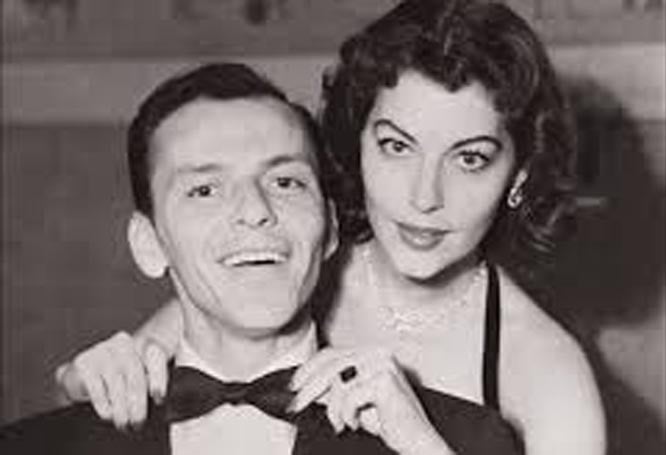 It’s time to recall some of the best movies Sinatra and his wives appeared in, from 1945 to 1970.

They may have never appeared together in any movie, but Sinatra and his two wives, Ava Gardner and Mia Farrow, have separately given us movies that still mesmerise with their brilliance. When Sinatra married Nancy, he was a struggling singer and she worked as a secretary. In the 1940s when Sinatra’s career took off, they lived together and had three children. In 1945, Sinatra appeared with Gene Kelly in Anchors Away, the first of his successful movies.

They appeared together again in 1949 in another successful musical On the Town. It has some of the best musical sequences of Sinatra’s filmography. Songs such as New York, New York are so beautifully choreographed that you want them to continue forever. The ‘pre-historic man’ drama is a bonus to watch.

With the two big hits, Frank Sinatra was flying high and his wife Nancy was feeling left out. Almost at the same time a new actress, Ava Gardner, had emerged on the scene with her exotic charms. In 1946, when Gardner was 24, she clinched her first major role in The Killers, which was based on a short story by Ernest Hemingway. With Burt Lancaster as the male lead, Ava stole the show with her easy but impressive acting against much senior actors including Edmond O’Brien who had appeared in the Hunchback of Notre Dame in 1939.

By 1950, Sinatra had become an acting, dancing, and singing sensation. It was not difficult for him to start an affair with Ava. Nancy, of course, knew about Frank’s many affairs before his intimate relations with Ava became the talk of the town. They divorced and in 1951; Ava and Frank got married the same year. The early 1950s was a smashing period for both Ava and Frank who were basking in the glory of one successful movie after another.

In 1952, Ava starred in another movie based on a Hemingway story. In The Snows of Kilimanjaro, with Gregory Peck and Susan Hayward, Ava Gardner shone again as a bright star. The movie revolves around a writer who has been gravely wounded on a hunting trip in Africa. He reflects on his earlier life and through his delirium talks about his failures in love and writing. If you are a journalist you will find many a common thread of your own life in the movie, barring perhaps the African adventure. Ava plays Cynthia who was the first love of the writer and had wanted to marry him, but the writer’s obsession for roaming causes him to lose her.

In 1953, Ava and Frank continued with their journey to stardom in films such as From Here to Eternity, Young at Heart, and Mogambo. Arguably, From Here to Eternity was the best of them. Directed by Fred Zinnemann, the film starred, in addition to Frank Sinatra and Burt Lancaster, the young Montgomery Clift and the gorgeous Deborah Kerr. It was one of the earlier movies that was shot in the backdrop of the Pearl Harbour attack of 1941 in Hawaii. Frank Sinatra won the Academy Award for the best supporting actor in the film.

He plays Angelo Maggio, a loudmouth good guy who gets into trouble again and again mainly due to his vibrantly cocky attitude. In the film, Frank Sinatra’s Maggio is a loveable and loving character at the same time. He loves his family and friends and tries to protect their self-esteem even if it involves getting into a knife-fight. Sinatra shows his character’s impulsiveness and flaws with superb acting which won him the much-deserved Oscar. From Here to Eternity won a whopping eight Oscar Awards and is still a delight to watch.

The same year (1953) Mogambo starring Ava Gardner, Clark Gable, and Grace Kelly hit the screens and just like The Snows of Kilimanjaro a year earlier, won the hearts of the viewers who loved rustic romances. During the filming of Mogambo, Ava Gardner was pregnant with Frank Sinatra’s child but had a miscarriage apparently due to heat in the African jungles. Mogambo was a remake of Red Dust (1932) in which Clark Gable had played the same role. Now with Ava Gardner as a voluptuous seductress, the film was much improved. Ava’s portrayal of an enticing lover won her an Oscar nomination.

In 1956, both Ava and Frank did two major films, Bhowani Junction and High Society.  Frank Sinatra’s High Society was a remake of The Philadelphia Story (1940). The new musical comedy had Bing Crosby, and Grace Kelly in her last role before she became princess of Monaco after her marriage.

While Frank Sinatra did not have the lead role in High Society, Ava Gardner played the only female lead in Bhowani Junction against Stewart Granger. Based on a novel by John Masters, Bhowani Junction is the story of an Anglo-Indian girl, Victoria Jones, who is torn between her love for India and her desire for the British to remain there. On the verge of independence in 1947, the Anglo-Indian girl played by Ava is at the mercy of her circumstances. She is at her best in this period drama, and if you want to see a first-hand account of the events during the partition, you would love the movie and Victoria played by Ava Gardner.

Ava and Frank remained married till 1957, when The Sun Also Rises was released which was based on another of Hemingway’s stories. Interestingly, Ava Garner appeared in at least three films that were based on his stories or novels. By 1957 their marriage had fallen apart and they divorced the same year. After their divorce, Ava and Frank did appear in some good movies.

Stars of another era