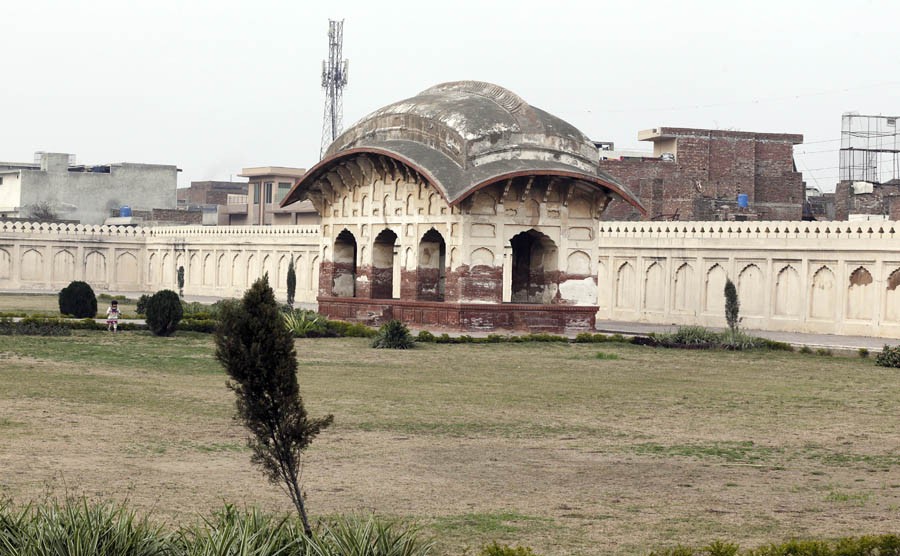 It’s called the heart of Pakistan. To a visitor from other parts of the country, it offers exquisite cuisine, recreational parks, cinemas, theatres, tombs of saints, historical buildings and so much more.

And, of late, and rather bizarrely, the huge infrastructure of mass transit completed in the last few years has been added to this celebrated list of must-visit sites. People view these projects with awe, and wish they could have a similar one in their city as well - just like the one in Lahore.

The city’s infrastructure has developed at a steady pace but at a cost. A large number of trees had to fall, people displaced, properties either destroyed or acquired by the state at throwaway prices, historical structures exposed to risks of destruction and laws related to protection of heritage sites blatantly violated.

The construction of the Orange Line Metro Train (OLMT) project remained suspended within 200 metres of 11 heritage sites for 22 months on court orders, as it violated the Punjab Special Premises (Preservation) Ordinance, 1985 and the Antiquity Act, 1975. Though the Supreme Court of Pakistan (SCP) allowed completion of the project in December last year, the global bodies on conservation of culture and heritage have expressed severe reservations, and condemned the Punjab government for putting historic sites at risk.

Unesco is considering placing Shalimar Gardens on the danger list because the metro project caused damage to the area surrounding its southern entrance.

Lahore Fort will automatically be put on the same list as Shalimar Gardens as the two sites are registered as one entity in the list of six Pakistani sites currently on Unescos’s World Heritage List. The remaining five are Moenjodaro, ruins of Taxila, Rohtas Fort in Jhelum, Makli necropolis in Thatta and Buddhist ruins of Takht-e-Bahi in Mardan.

The decision in this regard will be taken at the ongoing meeting of the committee at Manama, Bahrain that started on June 24 and will run through July 4.

"It’s an alarming situation. Putting these sites on the danger list is the first step towards delisting," says Maryam Hussain, a teacher and activist. She was one of the respondents approached by the joint team from the World Heritage Centre (WHC) and the International Council on Monuments and Sites (ICOMOS), a global NGO, that visited the country in April this year to assess the danger faced by Shalimar Gardens due to OLMT. The team observed that once the OLMT becomes operational it will cause further damage to the south entrance of Shalimar Gardens, hence it should be placed on the danger list.

Hussain says the team wanted to visit the country for this purpose in 2016 as well as 2017 but the government did not invite it although it is a statutory compulsion to get a listed site inspected periodically. "Had they been here they would never have approved of construction activity around the southern entrance to the gardens."

She adds that the concerned authorities were not sharing the documents highlighting the hazards associated with the construction of the OLMT corridor near these heritage sites.

Another major concern of the visiting team, she says, was why the Director General Archaeology, Punjab, had issued no objection certificates (NOCs) for construction near the 11 heritage sites within three days of assuming the position. The previous director general had refused to issue NOCs despite pressure.

The Unesco committee states, "The Orange Line Metro in Lahore has been almost completed without a satisfactory, comprehensive Heritage Impact Assessment (HIA) for the project", and also regrets "that the assessment conducted by the State Party in 2016 was not realized in accordance with the 2011 ICOMOS Guidance on Heritage Impact Assessments for Cultural World Heritage Properties. It significantly downplays the very serious environmental impacts of the new Orange Line Metro project and does not in any way reflect the reality on site."

The committee has also complained that the State Party (Pakistan) did not invite the Reactive Monitoring mission in either 2016 or 2017 despite its request.

Besides, it notes the property will suffer from the visual impacts of the OLMT corridor. The noise pollution created by the metro line, in addition to the daily chaos of Grand Trunk Road will further damage the site.

An official associated with the Punjab Archaeology Department says, "It’s premature to talk about this because a team of Pakistani representatives, including DG Archaeology, LDA and the head of metro bus authority have gone to Manama, Bahrain to defend the case".

He says they are taking the issue seriously. "We know being on the list of world heritage sites is a matter of pride for the country" and hopes they will succeed in convincing the Unesco committee in not including Shalimar Gardens and Lahore Fort on the list of buildings under threat.

These sites were put on the danger list in 2000 as well and it took 12 years to get them off it.

Hussain thinks the government is not serious about the preservation of these heritage sites and quite unaware of the consequences of such decisions taken by global bodies. "By denying permission to reactive commission for two consecutive years to inspect the site and presenting engineered data to strengthen its case, the government had tarnished its image. Losing the trust of the global community and the UN is no small thing."

Regardless of the outcome of the ongoing meeting in Manama, it will not be easy for the government to follow the suggestions of the Unesco committee that include converting the adjacent road into a pedestrian-only area, realign roads next to the southern entrance of the Shalimar Gardens, use multi-layered glass for OLMT station to minimise the visual impact and noise reduction.

Non-compliance may weaken the government’s case to get more properties on the tentative list to be registered with Unesco as world heritage sites. 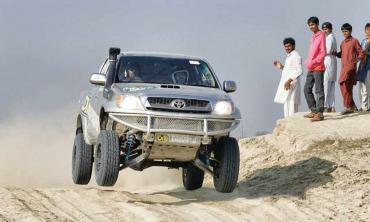