Recollections of a motorcycle trip from the deepest South Waziristan to upland Bajaur, where forests are dense, valleys thickly wooded and peaks reaching up to 3,000 metres… But, as Fata becomes KP, will someone dare to venture out without fear to Miran Shah or Kaniguram? 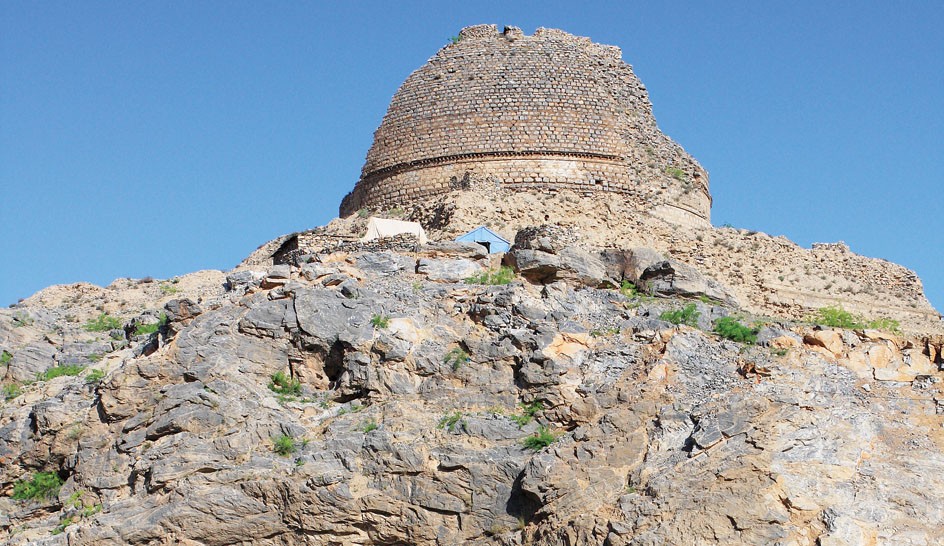 September 1985. I was freewheeling in what was then North-West Frontier Province. One evening I found myself in Bannu in a really ratty dosshouse -- the only place to overnight in town. Having dined on mutton karahi (I had then not gone vegetarian), I was downing my second pot of qahwa when this large man plonked himself across me from my tin table.

In thickly accented Pashtun Urdu he asked me where I was from, and if I had seen Miran Shah. I hadn’t, I said. And the man offered to take me there. With no real plans of going anywhere I agreed. The man got up, righted his black and grey turban and said, "Chalo!"

I asked how we would go and the man said by bus. When he heard I had a motorcycle, he said we could ride together and added we should set out right away. I pointed out it was eight o’clock already and since I had come from Kalabagh, it was time for me to hit the sack. We agreed to leave first thing in the morning.

Asal Khan Wazir (if I recollect, that was the name), over six feet in his bare feet, broad-boned and rather good looking, was at my door before sunrise. We rode out, stopping at two or three places en route to have tea with his chums before we hit his walled compound a little outside Miran Shah before lunch. Asal Khan ordered a lamb to be cooked and took me around meeting all his mates. A well-heeled man, he had made his fortune as a trucker.

We sat in his hujra, and across the wide enceinte I could see the women of his family fussing over the carcass of the freshly killed yearling. Neither the women nor Asal Khan were paranoid about the purdah.

For two days I loafed, read my book and took long walks in the fields behind Asal Khan’s home, sometimes with his school-going son, and sometimes -- if I could escape unseen -- by myself.

When I was ready to leave, Asal Khan was actually distraught, "O yara jee, kidher jata hai? Amara pass rao!" I started my motorcycle and Asal insisted on sending his son to see me safely to Peshawar. I declined the offer and instead agreed to stop at the three places we had broken journey for tea. Later as I had tea with his friends who immediately called Asal on their Bakelite rotary dial phones to tell him I was fine, I realised my host was ensuring that I passed safely through his territory.

I never saw the man again, but I love him for his kindness and generosity! Such was tourism in North Waziristan in the 1980s.

Razmak… a mountain town that anyone would fall in love with. In days of the Raj, they called it Chhota London. The main street was wide and sparsely lined with trees but the feature to liken it with London was the daily shower of rain.

Fast forward to June 2003 and I wanted to go climbing the 3,515 metre-high Preghal some 10 kilometres north of Kaniguram in South Waziristan. This time I had to have elaborate arrangements made for me by friends in the civil service. After a long drive, I was introduced to my escort, a man called Zahir Shah, with a stern set to his mouth and not a word of anything but a dialect of Pashtu I did not understand at all. He was armed to the teeth, but that was the Pashtun way, said the young tehsildar. Zahir Shah’s chums came along for some fun and as we headed up the mountain I estimated we had so much weaponry that we could start a minor war. The journey was peaceful but full of high adventure.

We did the climb in a single up and back and that night I slept in some government set-up whose location I forget. The next morning the tehsildar brought me to Razmak. A mountain town that anyone would fall in love with. In days of the Raj, they called it Chhota London. The main street was wide and sparsely lined with trees but the feature to liken it with London was the daily shower of rain. In winters, snow was a common enough occurrence.

No sooner was I told of this in the afternoon that the sky clouded up and we had a goodly shower with thunder and lightning. There was also a report of a swimming pool where British women used to go swimming. My informant, about my age, naughtily added how much fun the voyeurs of Razmak would have had.

One may fault the Pashtuns for a dozen things, but friendliness will never be one. This man and dozens of other in the bazaar spotting me as an outsider came to chat and offer me qahwa. Someone mentioned the Christian cemetery and a whole bunch walked me to it not far from the FC fort.

The headstones bore names of air force and army officers. I recall two, both flight lieutenants, of the same last name and wondered if they were brothers. While most died in action, some were taken by illness.

But this was only Razmak. Wana in the south had other attractions that I only heard of. For one there were several hills to climb, one over 3,000 metres high. Besides these exciting climbs, there are valleys countless where one can walk for days fearing crossing the then unfenced Durand Line.

For the student of history, there are several passes that recall historical crossing by some well-known and some not so famous robber barons. And this is only the two Waziristans. More lies to the northeast.

There is the incredibly beautiful and fertile Kurram Valley with its jewel Parachinar town. Once so beautifully multi-cultural that its Hindus and Sikhs could scarcely be differentiated. And the majority Turis lived at peace with the minorities. Here the history buff can go looking for the house and garden that Roberts (later general and famous for his action in Afghanistan) built in Shalozan, or for the way Taj ud Din Yalduz came to meet the bier of his master and king Shahab ud Din Ghori. And then there is the trekker’s delight: the 4,761 metre-high Sikaram peak of the Spinghar Range.

In fact the entire mountain range is a maze of the most beautiful, thickly wooded valleys and peaks reaching up to 3,000 metres.

Further to the east is that amazing upland country of the Khyber and Orakzai districts. With most of the area upward of 2,500 metres in height, there is no dearth of summer resorts to shame Nathiagali and etc.

Northward lie the districts of Mohmand and Bajaur, not high enough to be summer resorts but rich with history. Like the rest of the region from South Waziristan onward, here too one finds forts mostly dating back to the early 1800s. But there is no shortage of archaeological remains going back to the 3rd millennium BCE, possibly even farther back.

The greatest potential sitting wastefully is the railway line through the Khyber Pass. Disused since late 2001, the line can only be put back into use after considerable work. Whole sections of it are festooned across gaps in the hills. Some sections of the line have also gone missing.

For railway buffs, the reversing stations in the upper region of the pass are masterpieces of engineering. Here the train goes back and forth in small arcs making its way higher and higher en route to the magical little station of Landi Kotal. But all this lies rotting away.

If the Khyber Pass railway merits a revamp, the line from Kohat to Thul (pronounced Tull) smack on the border with Kurram district is no less. The magic of this line is that it is the toy Narrow Gauge. Several years ago its rolling stock was still sitting at Kohat station.

At least three of those lovely old steam locomotives of this gauge were revamped and fired for use on the defunct Zhob Valley Railway in Balochistan. But at some point they were shifted either to Lahore or Rawalpindi. Similarly, one of the old workhorses of the line up the Khyber Pass is carefully tended to at the Mughalpura Locomotive Shed of Lahore.

While tourist steam trains would be a great idea, normal traffic could be hauled by diesel. Since we do not have Narrow Gauge diesel locos, friendship with India could be handy for we know their Narrow Gauge is kept running by charming little locomotives manufactured by Tata.

In a nutshell, the erstwhile Fata from the deepest South Waziristan to upland Bajaur is an undiscovered goldmine so far as the tourism industry is concerned. But, and this is huge but: will a modern motorcycling bum dare to put another Asal Khan pillion and ride without fear to Miran Shah or Kaniguram or Tassapari? Or indeed even risk the road trip from Bannu to Parachinar?

Before we have tourists pouring into these virtually unknown areas, we need to have the Commissioners, Deputy Commissioner and Police Chiefs to get cracking. The tourist traffic needs to know that these new districts are as safe as Hunza, Shimshal or Baltistan.