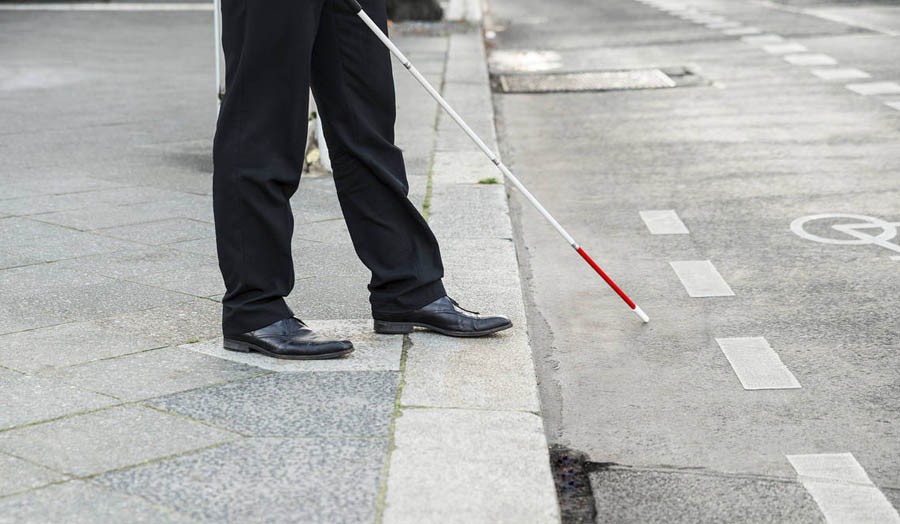 The phenomenon of gaslighting the disabled can be defined as the witting or unwitting, but unrelenting, onslaught directed at the disabled. They are targeted through jokes, through their depiction in movies and media and inaccessibly built environments which mess up the minds of the disabled on a daily basis. The term ‘gaslighting’ is used to depict behavioural patterns which are inherently manipulative.

This term is derived from a movie titled ‘Gaslight’ in which the husband systematically manipulates his wife to make her feel deranged and crazy. All disabled people have to cope with not only their physical impairment but also this gaslighting on a daily basis, all their lives.

Depending on factors like when did a person acquire physical impairment, at birth or at some later stage in life, generally disabled people end up accepting their physical impairments as part of their lives and learn to live with them. For example, a congenitally blind person does not know what she or he is missing in terms of seeing the world, as the congenitally blind do not have visual experience of the world as sighted people do.

Similarly, a person who has been on a wheelchair all her life does not know what walking or running is all about. Even people who are rendered disabled late in their lives ultimately end up accepting the reality after going through different stages of grief. As the disabled go about their daily lives, managing the interaction of their physical impairments with access barriers, they have to contend with this gaslighting every day.

We as a nation are not taught to respect privacy of others. People with disabilities invariably end up on the receiving end of the inquisitive nature of strangers when they come across them for the first time. A disabled person knows the barrage of questions to be thrown at him or her and can predict all eventualities. Were you blind by birth or did you lose sight afterwards? Did you seek some treatment? Most of them do not try to hide their feelings of horror at the condition of the disabled person they engage with and convey them through sighs and other verbal and non-verbal cues. They are not to be satisfied with perfunctory answers and often stretch your patience to snapping point. They are least bothered about your feelings as they are only fixated with giving vent to theirs. They know some saint or miracle worker who can fix you.

Some might say what harm is there in it? People ask these questions with good intentions. But their "good intentions are absolutely lethal" as Oscar Wilde once said in some other context. They fail to appreciate that a person they have reduced to a mere object of their curiosity is a flesh and blood human being -- a wife, a husband, a student, and employee etc, and with all the dreams and frustrations associated with these roles. This is not the only form of gaslighting that the disabled have to contend with.

Although Higher Education Commission has framed an excellent disability policy in the shape of "Policy for Students with Disabilities for Higher Learning Institutes in Pakistan", it is yet to be implemented.

In the absence of any institutionalised support, gaslighting of the disabled is pervasive in educational institutions and at the job market. Imagine you happen to be a blind student and educational material is not provided to you in accessible formats. You need to convert the reading material in some accessible format in each new course, in each new class or semester, before you can study it. If you happen to be a wheelchair user, you have to cope with built environment which is inaccessible to your needs and you cannot go to your class rooms on your wheelchair because there are stairs everywhere, no ramps or lifts. Not only this, blind students are required to arrange writers for themselves when they appear in any exam from matric to masters. When other students are busy giving final touches to their preparations for an exam, a blind student is more worried about finding a suitable writer, a grade lower than the exam he is appearing for -- a requirement of educational authorities.

Although Higher Education Commission has framed an excellent disability policy in the shape of "Policy for Students with Disabilities for Higher Learning Institutes in Pakistan", it is yet to be implemented. Furthermore, the policy is applicable to universities only and secondary and higher secondary schools do not have any such policy to provide inclusive educational environment to students with disabilities. In such a scenario, if you see educated disabled people around, it is not because of but despite the education system that we have in the country.

Similarly, people with disabilities have to face worst kind of gaslighting in the process of seeking employment and at the workplace. Take the example of Yousef Saleem, a blind candidate for the post of civil judge, gold medallist in LLB (Honors) programme from the University of Punjab and already serving as assistant director (legal) in a department of Punjab, and the treatment meted out to him by the interview committee as reported by Umar Cheema in the story titled ‘Blind man’s dream to be judge gone dark’ on April 22, 2018. After informing him that he stood first in the written exam, the interview committee started subjecting the blind candidate to worst kind of gaslighting imaginable. Despite the fact that Yousef Saleem categorically told the committee that he wanted to be a civil judge, they asked him "how will you decipher the demeanour of the witness? How will you ascertain if the same person is testifying as mentioned in the list of witnesses? How will you assess the situation on the documents?" etc. This is despite the fact that he shared with them profiles of numerous blind judges from different countries and explained how assistive technology helps the blind in reading documents. No wonder his name was missing from the list of successful candidates.

Similarly, in 2016, Faisal Majeed and Muhammad Yousef, two blind persons who achieved 12th and 22nd positions respectively in CSS exam, were placed in the information group along with those who did not do as well on the merit list -- just because they happened to be blind. Under Rule 9 of the rules for the 2014 CSS exams, while PWDs (Persons with Disabilities) could only join the foreign service if they were selected on merit (which constitutes only 7.5 per cent of all selected candidates), this restriction did not apply to other candidates. Both Faisal Majeed and Muhammad Yousef filed writ petition in Lahore High Court and by the time decision came in their favour, they had already completed trainings under Common Training Programme (CTP) in Lahore and Specialised Training Programme (STP) in Islamabad. They had to endure another bout of CTP training and STP to join Foreign Service of Pakistan. They could join FSP after LHC judgement but Faisal Majeed, despite securing 12th position in CSS exam, could not join Pakistan Administrative Service as LHC did not strike down discriminatory CSS exam rules which allow PWDs to take part in CSS exams but successful candidates can only join four occupational groups: the audit and accounts service, and the commerce and trade, information and postal groups.