Who’d ruin their European fantasy trip with two days in scorching hot Dubai? As younger Pakistanis are increasingly looking elsewhere for their instagrammable vacations, it appears the Emirates is going through a reawakening 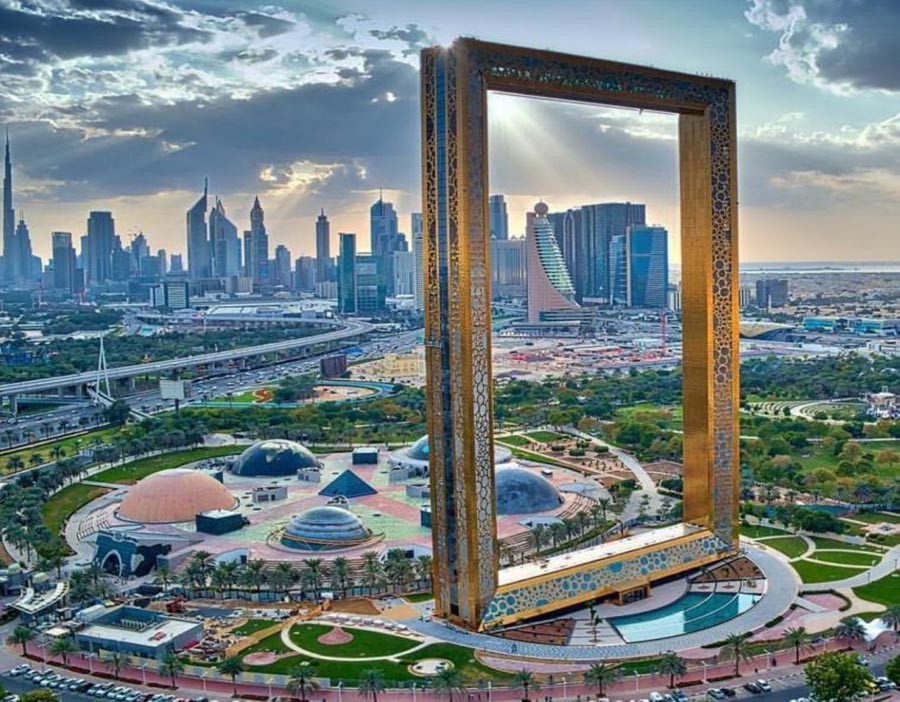 For the past two decades, Dubai has become synonymous with easy vacations and expensive shopping. Flights can go cheaper than a trip between Karachi and Lahore, visas are often granted like chuwareys at a nikkah. Travel agents even package "affordable" two days in Dubai as a way to start your pious ummra journey -- just how a middle class couple should spend their honeymoon to please both the God and themselves…

At a time when Sri Lanka was yet to become the hottest travel destination and Azerbaijan was still to offer easy visa facilities to Pakistanis, UAE appeared like the only neighbour who was accepting Pakistani travellers with open arms.

For those who are eyeing the Schengen or the much-revered Amreeki visas, UAE also presents itself as an easy way to strengthen passports. Whether this strategy works or not is a debate in itself.

But, with such a focus on the Emirates and specifically Dubai, we mostly hear about shopping trips, light and water shows, high-rise buildings, and a never ending list of brands. This was admittedly before Aldo, Mango or Debenhams realised that the Pakistani urban crowd had an unending appetite and a growing cash for high street brands.

This focus on the high-life also gave an impression of Dubai being a concrete jungle with no culture, no real charm. Everyone said two days are enough to see -- or rather shop -- in Dubai.

However, as younger Pakistanis are increasingly looking elsewhere for their instagrammable vacations, it appears the Emirates is going through its own reawakening.

When I went for my first solo trip to Europe, the flight was to stop over in Dubai. After all, Emirates was one of the very few airlines promising somewhat decent service on long-haul routes. I was suggested by many that instead of flying directly back to Karachi, I should check out Dubai for a couple of days.

Being on the French high horse at the time, I used the same "concrete jungle," "no soul," "no culture" buzzwords to shrug off these suggestions. Who’d ruin their European fantasy trip with two days in scorching hot Dubai?

Fast-forward to January 2018, a bout of depression, and a doze of all those resolutions on social media that no one actually works towards, I thought I had to hop on a plane. "This is how you start a year - with a trip!"

Since Dubai is still the easiest visa choice -- not to forget you don’t have to visit any embassy or step out of your house to get this visa -- it was decided it was to be the UAE, the place that was never on my bucket list.

The gold souks and spice bazars are still there. The safari trips that leave you with an uneasy feeling of female objectification are still there, but there is also the Louvre in Abu Dhabi, the Van Gogh Alive in Dubai, the highly commercialised but still one-of-a-kind Global Village, the Miracle Garden, the local abaaya sellers on the beach, and the random art installations at various spots in the city

Although I had never stepping out of the labyrinth that is the Dubai International Airport, yet it hadn’t stopped me from judging the region based on all the pictures and experiences that my sibling or friends shared. My decision to travel and see Dubai for myself was also partially a result of translating the work of an Emirati minister who argued why there was a need for a "Minister of Happiness" in his book.

So, to see this city that was turning its focus to "happiness", I decided it was time to get rid of all of my prejudiced glasses and see it with my own eyes.

In my view, the Dubai Frame is probably the biggest example of this plastic city shifting from modernity to finding some roots in culture and art. While Burj Khalifa promised you views of the modern Middle East, this "biggest picture frame on the planet" that opened in January this year offers both views of a modern and an old Dubai.

The gold Souks and spice Bazars are still there. The safari trips that leave you with an uneasy feeling of female objectification are still there, as well. The Cheesecake Factory, the Mall of Dubai -- everything that was quintessentially Dubai is still there.

But there is also the Louvre in Abu Dhabi, the Van Gogh Alive in Dubai, the highly commercialised but still one-of-a-kind Global Village, the Miracle Garden, the local abaaya sellers on the beach, and the random art installations at various spots in the city.

While it still may be difficult to avoid shopping, and to avoid spotting malls everywhere; for a slightly different mall experience there is the Global Village. Dubai is not such a letdown that it is often made to be for people who want to experience their travels outside of an air-conditioned mall.

From the delicious falafels to the perfect steak -- Dubai is not a city of one culture that represents a single region. It will never have the androon-e-shehar of Lahore, the Pacco Qillo of Hyderabad or the Keamari and Manora of Karachi, but Dubai -- and UAE in extension -- is potentially one of the few truly globalised cities that make every culture, every piece of art their very own.