An old soul in a young person’s body

A magical medley of the old and new: skyscrapers and loud billboards, dancing geisha girls and the mechanical whimsy of the Ghibli clock, Japan is certainly a place to ‘go and come back’ 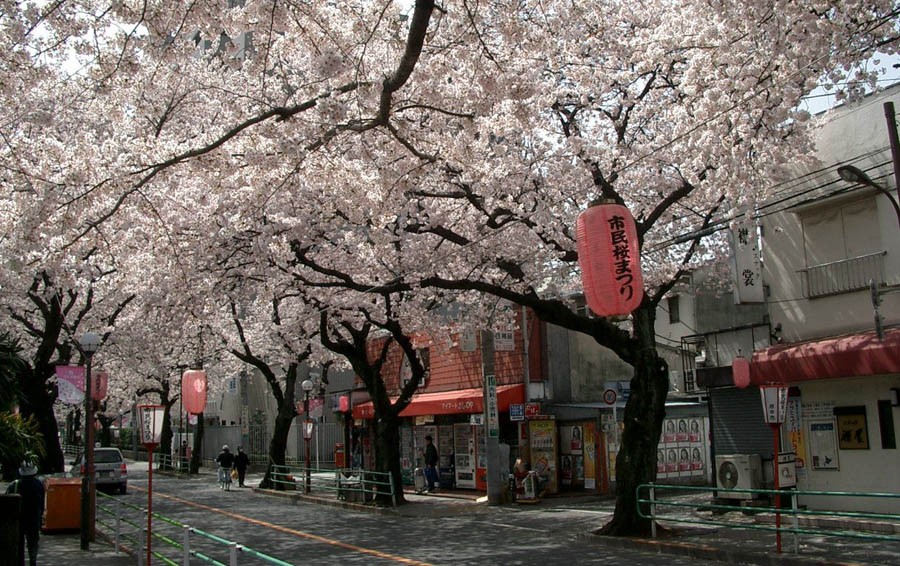 Tokyo is dressed in delicate lace, its hectic streets softened by a filigree of pink and white petals, which drift down from the sakura trees like snowfall each time the wind blows. We are lucky, for the fragile cherry blossoms have bloomed earlier than usual, prompting the Japanese to pack up their bento boxes and head to parks around the city for the centuries old tradition of hanami, or cherry blossom viewing.

There is a history here that goes beyond the mere heralding of spring, for the Japanese believe that the sakura - a word whose roots mean to bloom or to laugh and smile - are a metaphor for human existence, a visual reminder of the fragility and fleeting nature of life. And this is what made me love Japan, a country which, I discover to my delight, is an old soul hiding in a young person’s body.

During our first few days in Tokyo we walk everywhere, braving its legendarily complex subway system, marvelling at this noisy, futuristic city made of metal and glass. But its skyscrapers, loud billboards that glow with an electric fire, and Blade Runner streets conceal narrow winding lanes with karaoke bars and tiny izakayas, where salaried Japanese men and women congregate after work to relax and eat. We stand in line at one such restaurant, where -- to the boys’ delight -- you order your ramen at a vending machine, before getting shown to your private booth. They are 12 and 13, old enough to truly engage in a travel experience. The bamboo shutter at the end of my booth flips open and a harried chef takes my ticket and pushes through a large, steaming bowl of flavourful ramen. I can hear the boys slurp away in their cubicle, no doubt wishing that we ate this way at home.

Tokyo is a city of extreme contrasts. One night we are at the Shibuya crossing, where a sea of humanity ebbs and flows with the traffic lights, and the next morning we are at the city’s oldest temple and Shinto shrine, Senso-Ji, walking through Nakamise dori, a maze of shops where the boys insist we stop for fluffy, meat filled buns. Past the enormous red chochin lantern and giant slipper, we pause at a large incense filled pit, "bathing" in the smoke to cleanse toxins from our bodies. I make a small offering for an Omikuji fortune by shaking a tube full of sticks until one falls out. My guide reassures me that if my fortune is bad, I could always leave it behind by tying it to a wall of metal wires, every inch of which is already covered by knotted paper slips. But my luck is good, so I tuck it into my purse with a smile.

We take a bullet train or Shinkasen (which I think resembles the dragon Falkor from the Neverending Story) to Kyoto, which literally means capital city. Though the capital was moved to Tokyo in 1868, Kyoto is still so upset, that every spring the geishas hold a dance festival called Miyako Odori, or The Dance of the Capital, to raise local spirits. We have tickets for the first performance, which starts with a tea ceremony performed by three kimono-clad geishas. The boys behave impeccably and eat the sticky sweet and drink their matcha tea with polite "arigatos", though they do fall asleep during the performance itself. With slow, graceful movements, the Maiko (geisha in training) and Gaiko from the Gion district, dance on a stunning cherry blossom draped set, sweeping the floor with their blue and red kimonos and intricate obis, jewels glittering in their lacquered hair.

The Japanese believe that the sakura - a word whose roots mean to bloom or to laugh and smile - are a metaphor for human existence, a visual reminder of the fragility and fleeting nature of life

The next day, we hike through the swaying bamboo forests of Arashiyama, and we entertain the boys by describing the fight scene from Crouching Tiger, Hidden Dragon. We fight the tide of Chinese tourists and force the boys to pose for pictures at the Fushimi Inari shrine, where a thousand, vermillion torii gates are positioned majestically up the mountainside; and take a boat ride down the Hozugawa river, through steep mountain ravines, green and white with cherry blossoms, past deep, crystal clear pools, getting drenched by the cold river water as we speed through the rapids. A boat laden with grilled fish and other treats passes us and we buy Dango, a sticky, round sweet made from rice flour that clings to our teeth.

Leaving the old-world charm of Kyoto behind, we travel onwards to hectic Osaka, where we stay in the Dotonburi district, known for its restaurants, lively entertainment and towering billboards. We take a food tour, and try Osaka’s famous gyozas, tokoyai (octopus filled balls) and Japanese barbeque. On our way back to the hotel, we leave the neon streets and walk into a dark square lit only with swaying paper lanterns, which hides a shrine to Fudo-Myo-O, a deity which, according to the locals, deflects bad luck and greed. The boys take turns filling a wooden ladle with water and chucking it at the green, moss covered deity, drenching each other in the process. We confiscate the ladle before it turns into a water fight and hurry away.

Onwards to Miyajima island, where the deer wade into the ocean to eat salty seaweed and a large tori gate guards the place, marking our transition from the mundane world to the sacred. Every night the tide comes in, submerging the gate, only for it to emerge later in the day, triumphant, but bloated by seawater.

Taking another Shinkasen, we head into the Japanese Alps, where we stay at the small village of Hida Furukawa in a traditional wooden Japanese inn called a ryokan. The boys clatter around in wooden slippers and yukatas (cotton summer kimonos) and join us for a multicourse kaiseki dinner, where we sit on tatami mats and eat seasonal dishes out of delicate porcelain bowls. I am proud of the fact that they eat almost everything, the exception being noresore: tiny, translucent baby eels with little black dots for eyes, which even I have difficulty swallowing.

On our return to Tokyo, almost three weeks later, the blossoms are almost all gone, leaving the city unadorned. I feel a pang of sadness because it is time for us to leave, but then Tokyo hands me a farewell present. Walking back to our hotel on our last night we hear a strange music and decide to follow it down a glass walkway suspended three stories above a busy road. Turning a corner, we are surprised to see a large, rust coloured, steampunk clock with chicken legs, attached to a tall sky scraper like a fantastical, gothic carbuncle.

"That’s the Ghibli clock," I say, as the machine clacks and whirs. I had been searching for this clock, whose complex, mechanical whimsy captures the mysterious yet playful heart of this complicated country. Unaware that it was around the corner from our hotel, I feel dazed by this almost magical serendipity. We watch with childish delight as canons fire, metal blacksmiths bang their hammers, and the two globes held by the chicken legs peel back to reveal a small sun and a cuckoo clock.

The music reaches its peak, violins soaring, cymbals clashing, and with a final tick-tock the clock becomes silent, as if it was trying to tell us that this is not sayonara with its sense of finality, but more of a gentle farewell.

Ittekimasu. Go and come back.

An old soul in a young person’s body