Why did the modern private sector fail in realising the potential of dairy development in Pakistan? 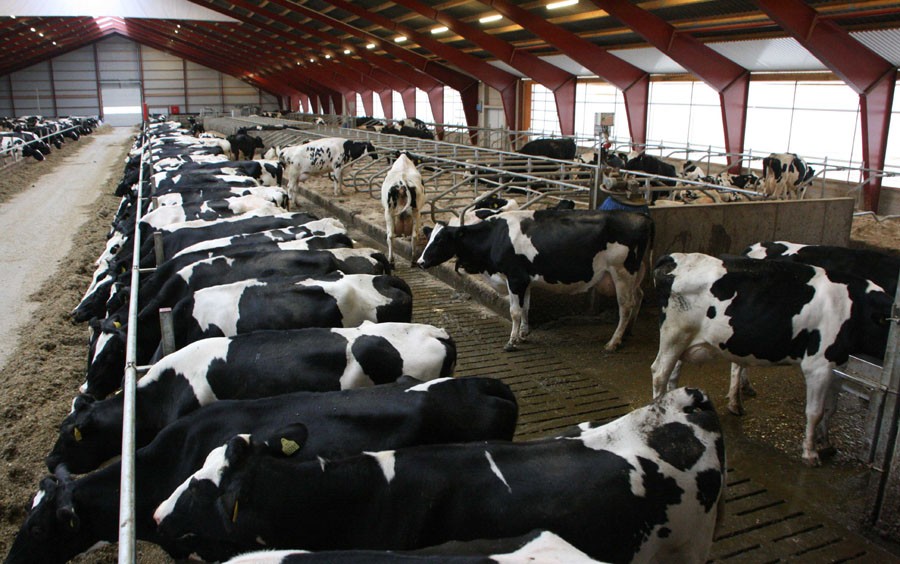 There is a public debate about the quality and safety of milk sold to consumers. Most recently the Supreme Court took regulatory action with respect to some brands of packaged milk and also issued notices to companies regarding clearer labelling of whiteners as not being milk. Public attention on the dairy sector is welcome, but as the government and courts gear up for action, it is important to understand the roots of current regulatory lapses, and to set out a broader agenda of reform that goes beyond consumer protection.

Issues in the dairy sector are far more consequential than the labelling of particular products. Pakistan has a high burden of under-nutrition. The diets of most adults and children are dominated by staple cereals, and milk is one of the few nutrient-dense products that are widely consumed across income classes. The dairy sector represents around 12 per cent of GDP, and over half of the value added in agriculture comes from livestock. While land ownership is highly unequal, many of the landless poor, including women, own dairy animals. Milk and dairy, therefore, have a major role to play in reducing poverty, improving nutrition and generating economic growth. Our recently-published study of the dairy value chain in Pakistan helps to put the emergence of the packaged milk sector in its historical context.

Pakistan’s traditional dairy sector is thought to be stuck in a cycle of low productivity and low incomes. It is dominated by small herds of low-yielding breeds, with wide fluctuations in output due to seasonal variation in availability of farm byproducts as green fodder, and supposedly high levels of spoilage because of the absence of effective cold chain. These factors are thought to hinder growth in the supply of milk. Weak regulatory enforcement means that the milk that reaches consumers is vulnerable to adulteration and poor hygiene. The traditional milk trader or dodhi -- who forms the link between rural producers and urban consumers -- is identified in sector analyses as a block to progress.

Against this backdrop, business-led modernisation has been seen as a panacea at least since the 1980s. It was claimed that the introduction of a modern value chain will act as a more benign bridge between producers and consumers than the dodhi. Companies would establish milk procurement systems which will offer better prices to producers than the traditional middleman and will provide productivity-enhancing technological support to farmers. Farmers would respond by investing more in higher yielding cattle breeds and in ensuring the year-round use of green fodder, thus increasing output as well as removing seasonal fluctuations. Market share will expand as consumers would switch to an affordable and hygienic alternative to raw milk.

Three decades down the line, a contrary picture has emerged. Hopes and expectations vested in the growth of modern value chains in the dairy sector in Pakistan have been largely unmet. The modern value chain in the dairy sector -- the supply side, as well as its consumer end -- struggles to compete with its traditional alternative. Companies tend to pay farmers lower prices than the dodhi, while the retail price of packaged milk is significantly higher than that of fresh unprocessed milk.

Far from replacing the dodhi, village-level milk collection centres often end up sourcing their milk from him. And the entry of the modern value chain has not reduced seasonal fluctuations -- in fact, the modern sector leverages these fluctuations. Companies procure and store milk in the ‘flush’ season for use at other times of the year. The growth of milk companies, moreover, has coincided with a five-fold increase in the import of dried milk. The government admits that these imports are driven by demand from the modern dairy industry. Companies are not significant players in the national agricultural economy, let alone becoming agents of change in that sector.

The modern value chain has innovated and competes profitably with loose raw milk in engineering a product that responds to consumer preferences in terms of taste and convenience. Its key insight was that ‘tea-creaming’ is a major source of consumer demand for milk, and this could be addressed by liquid whiteners which are cheap to produce but have little nutritional value. While packaged milk products reportedly account for around a tenth of the milk sold in the country, over half of this is made up of non-dairy alternatives to milk.

Why did the modern private sector fail in realising the potential of dairy development in Pakistan? Optimism about its potential was misplaced to begin with. It was incorrectly assumed that the primary business of companies entering this sector was dairy rather than packaging and marketing. If the companies could make profits by selling non-dairy products, they would. That is how the market works.

But there was a bigger blind spot. The ‘moral economy’ of dairy in our villages was based on keeping livestock not so much for cash income but to ensure the availability of a nutritious food to children -- your own but also your neighbours’ if they needed it. Much of the unpaid work such as collecting and preparing fodder from farm byproducts, caring for the livestock and milking it, is carried out by women and children. The entry of market forces takes milk out of the reach of rural women and children, who continue to do the unpaid work, in return for cash payments to men. Public policy needed to recognise this trend and address it.

Instead, hopes were pinned on the introduction of one modern element in a system that is otherwise based on traditional arrangements -- subsistence farming and non-recognition of women’s work. What we needed were reforms which would modernise not just milk marketing but the entire value chain.

We needed to ensure that the basis of the reorganisation of the dairy economy was not profits but the availability and consumption of adequate quantities of hygienic milk by all rural and urban children, rich and poor alike. Women needed to be compensated properly for the work they did. We needed to establish the idea that decisions about uses of milk or income from its sale must rest with women and men who were sensitised about children’s nutritional requirements.

In short, we needed to replace the eroding traditional moral economy with a modern system whose success would be gauged not by the amount of cash going into men’s pockets but by its impact on the health and nutrition of all our children.

The authors work for the Collective for Social Science Research (@CollectiveKHI).