To see IKEA, eat some meatballs and enjoy fika

In Stockholm, they eat well, shop well, and live in sleek, bland spaces, all under the glow of the midnight sun 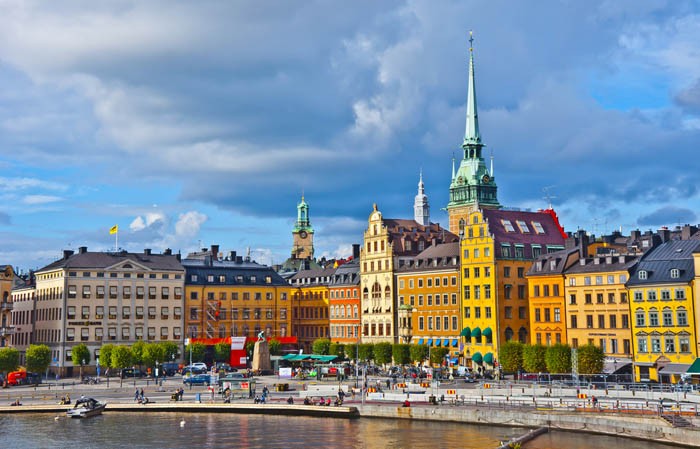 My first introduction to the land of the midnight sun was through a borrowed copy of a travelogue that my Amma handed me when she couldn’t deal with an 8-year-old bored during her excruciatingly long summer holidays. That book, along with mentioning a sun that shines at midnight also talked about "adult entertainment" clubs where the writer was told to strip his clothes to be able to enter.

Considering the naivety of pre-internet kids, I wrote it all off as mythological. "He probably thinks just because most of his readers can’t go to Scandinavia, he can write whatever he wants," was my first thought. Although my geography and science teachers insisted midnight sun is actually a pretty common sight up in the north and down in the south, I still couldn’t believe it all.

Years later I did get to visit Sweden for a conference, but as conferences go the trip was extremely short, and during winters, when there didn’t seem to be a sun altogether.

Having forgotten all about the sun that shines at midnight, I took an impromptu trip to Stockholm in a summer when some app advertised a EUR50 flight from Venice to Stockholm. The problem? I only had a couple of days left on my Schengen visa. But after being trolled for not having been to IKEA - the most iconic product of Sweden - during my previous trip to the country, I thought these two days could be used to visit that capitalistic behemoth and eat some meatballs, if nothing else. After all, we don’t always have to see it all and do it all…

Since this was a cheap flight powered by Ryan Air, it was to stop at an airport far from Stockholm, built for inter-European flights - something that has become a common strategy in Europe. This airport that was less fancy than Daewoo’s bus stop in Karachi was to close down for the day after our flight. Not sure if I’d be able to get something to eat at 1am in the city, I opted to grab a salad from the airport’s café/superstore, instead of immediately rushing to catch the waiting bus. This rotten salad cost me several hours in the night waiting for the next bus that had no plans to come.

When the bus did arrive around 2am, I realised it wasn’t as dark outside as it should have been. At first my foggy post-flight brain was confused, then the midnight sun of my childhood came floating back from the dark recesses of my memory. As we approached Stockholm through the tonnes of bridges that this Baltic Sea archipelago is famous for, the sun started getting even brighter.

The entire square baffled me. It was 3am but there was light. It should have been silent but there were crowds of teenagers sitting on the footpath. It was supposed to be all closed down, but there was a Burger King, full of people enjoying junk food in the middle of the night.

Once the bus dropped me near Stockholm Central Station, the entire square baffled me. It was 3am but there was light. It should have been silent but there were crowds of teenagers sitting on the footpath. It was supposed to be all closed down, but there was a Burger King, full of people enjoying junk food in the middle of the night.

The next morning (this whole morning thing was getting confusing though…), I had one goal - to see IKEA, eat some meatballs and enjoy some fika - the Swedish version of a tea break. Thanks to the online goddesses of the Internet I found out that there was a free bus that went from right near the place I was staying at to IKEA every couple of hours -- another thing that tells you how seriously Sweden takes its IKEA. The online search also said that the best place to have traditional meatballs was at IKEA. Bingo! What else do you want to hear during an extremely short trip?

Not sure how true it was, I had to trust their judgment because I essentially had a single day in the city. After hopping on to a ferry to get some sense of the place, and after staring at ferries that served as hotels, next to clear waters and colourful buildings on the shore, I decided to head over to IKEA.

Oh, were they right when they said IKEA is a Disneyland for adults…

From housing multiple cafes to keeping you fed, to reclining seats to having you stay comfortable, this place makes sure you shop and shop and don’t drop. But I wasn’t there to shop, which meant I went straight for the meatballs. Apparently, IKEA serves some of the most reasonably priced food you can have in Stockholm. The city is well-known for being expensive and food isn’t an exception. Since I had spent the last few weeks in Italy where food is in abundance and extremely affordable (even comparable to Pakistani street food rates), Stockholm did feel expensive.

Probably realising how they are bankrupting their customers, IKEA makes sure that at least they eat well. The food was delicious! From vegetable to red meat to chicken, they had a variety of meatballs that were served with some sweet berry sauce, vegetables and, of course, some green leaves. You can’t get anything in Stockholm without having something raw and green inside it. Swedish are high on the organic, raw, and vegetarian, and it’s not just limited to their millennials.

Coming back to IKEA, this was like a city of its own. Floors and floors of organised clutter. From entire apartments that come finished with shoes inside the cupboards to office equipment, the place has rightly reached unprecedented popularity all over the world.

Since I had written IKEA, meatballs and the ferry ride off my list, it was time to see Drottninggatan, or the Queen Street, one of the most popular streets of the city. Near the Centralstation, it houses some of the biggest high street brands. But it’s not just famous for the brands. The walk takes one on a true Stockholm experience. Having buildings that were built as early as the 13th century, the interior of these boutiques and restaurants feature a modern, sleek, white, and somewhat bland look that Sweden has come to be known for.

If you don’t have problem with walking a lot, Drottninggatan eventually leads you to Gamla Stan - the old Stockholm. It is here that you see some of the oldest buildings of the city, quite in contrast with what IKEA and the modern Sweden promote in terms of design.

Walking around I finally registered that the time was 9pm, yet the sun was shining as if it were midday. It was there when I thought this was my "land of the midnight sun moment."

While that travel writer clearly wasn’t writing about myths when he introduced me to the sun that shines at odd hours, Stockholm does feel mythical. What else would you make of a city made up of so many islands named in a language that sounds fictional, skyline that’s unusually short for a postmodern city of its stature, food that can go from raw vegetables served on cold bread to saucy meatballs, and buildings that look Victorian but feature golden tiles like Lahore’s Shish Mahal and have the interior of an Apple Store. This city is what folklore is made of…

To see IKEA, eat some meatballs and enjoy fika