Lost in the Dolomites

Most people don’t go to the Italian side of the Alps in the summer, concentrating on the Swiss side, but Brixen is a town no lover of mountains, breathtaking scenery and quaint charm should miss 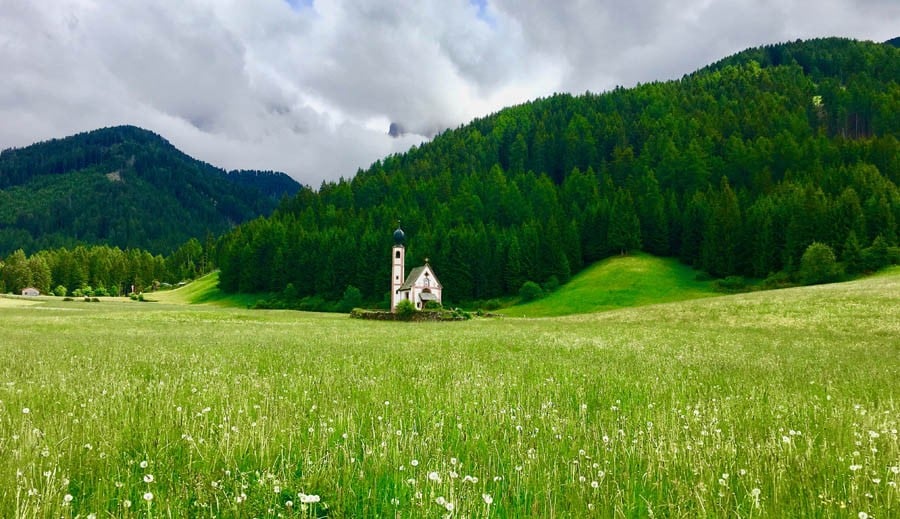 It was an average June day in Venice - hot, humid, crowded, and full of random strangers throwing smiles at you. Grabbing a sandwich featuring gloriously juicy tomatoes, chunks of soft Mozzarella di Bufala and some leaves unknown to me, the calle (street) reminded me of the narrow streets of Dadu. With the thought of Dadu came the sudden realisation of heat.

Venice wasn’t as hot as Dadu -- the sun showed no mercy, but at least the air was cool. Even as I enjoyed the taste of fresh tomatoes, I felt like going somewhere cooler. Away from the sun and the heat. Just four days before my return flight to Karachi and more heat that was waiting for me there, I just had to leave Venice and its narrow calles for the vast, mighty mountains. "Yes, it had to be mountains. That’s where I should be," I thought.

Our exposure to badly scripted romantic Bollywood movies has us equate the Alps with something beautiful but expensive, which means most tourists plan very short, tightly-packed itineraries when travelling in the region.

But, where exactly? The only reason I had come to Italy was to eat pizza in Naples, carbonara in Rome, and tortellini in Bologna. The only reason I had come to Venice was because I thought seafood would be a "healthier" choice after all that cheese; who knew I’d only fall for more cheese. Okay, the city is pretty too, but accepting over 60,000 tourists every single day, Venice makes sure you can’t even breathe in those narrow streets. I admittedly didn’t know anything about Italy except for its food.

Feeling stupid, I opened Instagram for some inspiration and the first post I saw was by a girl who had shared a picture of her friends travelling through some mountains. The caption read "colour me green". That sounded like a call from the heavens…

I sent her a message asking where exactly it was and if she could ask her friends what the weather was like. Considering her friends were American, they responded, "Oh, the weather is awful; it’s cold and raining. But it’s beautiful anyway."

"Whaaaa! It’s raining? I’m going there. Where is it?" This couldn’t have gone any better for a rain-starved Karachiite.

"Something called Bressanone or Dolomites or South Tyrol or something…" she wrote.

I said a little prayer of thanks to the gods-that-be for making me such a lover of solo travel: I didn’t have to depend on someone else approving my spur-of-the-moment plans. If I needed cold, I could get it right away!

After six hours, I was floating one last time on that crowded but somehow relaxing Vaporetto (a Venetian boat used for public transport), leading to a train journey that took me from that fish-shaped island to the cold rolling valleys of the Alps.

Brixen, where I got off the train, was magnificently gorgeous -- almost heavenly. It felt like I had landed somewhere in the Shire -- without the hobbits -- the moment I stepped out. The air feels different, the people aren’t in a big-crowded-city rush, yet the roads and buildings don’t look like they belong in a small town. It carries a northern small-town air with the confidence of a modern metropolis. And very un-Italian.

It was almost like I was no longer in Italy.

Now let’s be clear -- Italy hadn’t been bad to me in any way. For me it carried the feel of Karachi’s Saddar, full of history and good food. But Brixen wore a truly ‘foreign look’, clean and modern. A little like Berlin…

Over the next couple of days and a few conversations later, it appeared that the region doesn’t take much inspiration from Italy anyway. The city is the cultural capital of South Tyrol, an autonomous province in northern Italy. More than Italy, its roots are in Austria and Germany, with German being the predominant language. From the bus driver to the hostess, everyone spoke in German.

But, was Brixen really as cold as I had hoped?

It was cold and some more. More than anything, it was unlike anything I had ever seen before. The town was an idyllic mix of a relaxing northern outpost and a highly developed and punctual Swiss city. Now, this wasn’t my first exposure to an Alpine town but unlike the Swiss Lucerne, Brixen had an evocative, small town charm. Perhaps it was because there were no tourists flooding the streets or that at 5pm the South Tyrol towns literally came to a halt. I had a hard time really putting my finger on why Brixen felt and looked different from the Swiss side of Alpine towns.

Once I was on the bus to my hotel, this difference grew even more visible. Through the narrow, winding streets (that reminded me somewhat of the drive to Islamabad’s Monal) to the highly saturated scenery that made me wear my sunglasses even though there was no sun, I felt like I was someplace else -- out of this world.

Close to the stunning hiking trails and only a 30-minutes bus drive away from Brixen itself lies the beautiful commune of Val De Funes, home to ‘the most-photographed church in the world’, I was told by the bus driver. My stay was in a cabin-style hotel run by a young couple in their 30s. This was the farthest hotel I could find, right on the footsteps of the glowing peaks of Odle/Geisler of the mighty Dolomites, a mountain range that forms a part of the Southern Limestone Alps.

I had come with one goal -- to reserve some cold in my body before I left for Karachi. But one look at these gorgeous cliffs, meadows and streams, I knew I had to go for a hike or two.

During my short stay, I got stuck in a rainstorm -- twice. With no human in sight, trying to hike to get the perfect views of the Alps, and in typical Karachiite-fashion, lacking any proper warm clothes on my body (much to the amusement of the hotel staff), I felt like I was going to freeze into a human popsicle. But it appears nothing can faze your spirits in the Alps. It was almost like those mighty mountains were looking over you, comforting you, protecting you in the absence of humans.

After one failed attempt, I started at 6am the next day with the will to beat the rain. I couldn’t beat the rain or the cold, I also couldn’t find my way back thanks to the years of being dependent on constant connectivity, but I did manage to touch the feet of Sass Rigais in the heart of the Puez-Odle Nature Park, one of the dominant peaks of the Dolomites.

On that day, I realised if you have to get lost, get lost in the Alps. With no wifi or mobile networks working up there, you are sure to fall in love with everything around you – even the deceivingly muddy trails and the loneliness of being the only one hiking at 6am with the prediction of a rainstorm.

Hiking is not all there is to it…

Alps may be known for skiing in winters and hiking in summers, but there is so much more to them than that. Our exposure to badly scripted romantic Bollywood movies has us equate the Alps with something beautiful and expensive, which means most tourists plan very short, tightly-packed itineraries when travelling in the region.

But the Italian side of the Alps rarely gets any travellers in the summers. While this results in public transport working for only a few hours a day, it also brings the costs down, making it possible to keep it slow and enjoy the place like the locals -- without the stress of seeing and doing everything in two days.

One chilly morning, I remember walking down the winding streets of the valley, finding myself in St. Magdalena and Ranui. This part of the commune is specifically beautiful because of the conflict between the mighty Dolomites and the sprawling meadows featuring June’s yellow alpine poppies. Something literally out of pictures, the scene in front of me looked eerily familiar.

It appeared I was only half a kilometre away from the Church of San Giovanni, a church that has adorned many of the calendars and stock images you may have seen in your life. Typically, you see the church right in the middle of the meadows in front of the glorious Dolomites. When I saw it, the peaks continued to play hide and seek as is the romantic ritual between mighty mountains and flirty clouds.

The jagged peaks of this lesser-known part of the Alps make for an unforgettable summer getaway. With food that is distinctly different from the highly popular Italian offerings, views that are right out of an artist’s imagination of heaven, and air that is fragrant and fresh. I had come to Italy for pizza but had fallen in love with the contrast between its poppy-filled meadows and rugged mountains.

Getting lost in this hybrid Italian-German town is where I truly realised that travelling is indeed "not to escape life, but for life not to escape us…"

Lost in the Dolomites