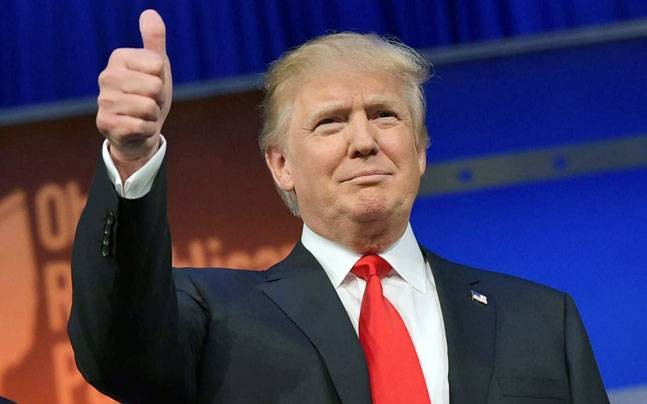 The US President Donald Trump recently stopped all military assistance to Pakistan, an action that underscored the apex of the recent divergence of strategic perspective between the two states.

This is not the first time that the US aid to Pakistan has been stopped, since it first started in 1955. However, it is the first time that Pakistan might not wait for Washington to return and re-start a relationship all over again. It’s the shift in the overall environment on both sides, which is the cause of divergence of policies that is more interesting than the immediate manifestation of the current spell of separation.

Publicly, Trump’s angry rant was not taken seriously because he is viewed internationally as a man of little sense whose pronouncements draw concern and make people laugh. It is who he is as a person that may have diverted attention from the fact that the act of cutting off US$ 255 million in military aid underscores a gradual policy shift in the US that had started during the tenure of the former President Barack Obama.

From 2010, Pakistan received approximately US$ 2.5 billion per year in military aid and US$1.5 billion in economic assistance and was considered the fourth largest recipient in the world of US aid.

Islamabad has to watch out for building relations with the new powers not at the cost of totally destroying the old one. It will probably take another generation of Pakistani elite for the country to integrate into its newer partnerships. Meanwhile, the dialogue with the US must continue.

Relations started to get tense and ugly in 2011. First, there was the Abbotabad operation in October 2011 followed by the US attack at the Pakistan Army checkposts at Salala in November of the same year. The killing of several military personnel resulted in Pakistan cutting off the Nato supply route. While links were re-established after the US apologised in 2012, the previous year was a watershed year in terms of bilateral ties, mainly because the Obama administration announced its plan to withdraw from Afghanistan in the next fifteen months, increasing pressure on its ally to tailor its policies to meet the American vision for its exit.

Washington demanded convergence of policy in terms of closure on the war on terror in Afghanistan. This meant ensuring success of both the military and political operation in Afghanistan. From the American perspective, this required limiting the space for the Taliban, especially the Haqqani Network that bothered the US more.

This is when the divergence of policies started as Pakistan’s perspective on the future of Afghanistan followed a different course. The understanding in Rawalpindi was that the Taliban represent Pashtun interests and would be the force to reckon with after the US leaves the region -- hence the need to not abandon but to remain engaged, and for any political plan for Kabul, must include the Taliban.

This is when the pace of the two allies became different and tension seeped in at a faster pace. Pakistan’s additional gripe was India’s increasing involvement in Afghanistan’s development. Since Donald Trump took charge as president, India has been drawn even more into assisting the US in Afghanistan which, to Pakistan’s security community, denotes Washington’s cold-hearted lack of appreciation for Islamabad’s security interests.

Despite Pakistan’s foreign minister announcing the end of strategic alliance with the US, the links are bound to continue. The unfinished business in Afghanistan requires the US to seek help from Pakistan for the supply route for its forces. Ultimately, something will get worked out after raving and ranting from both sides. The armed forces of both countries continue with their relationship and communication.

However, the fact remains that the relationship was kept alive by both sides as long as they could. The warmth in ties is now a thing of the past. The two allies are now at a juncture where they are headed for a complete policy divergence. It’s not just the Haqqani Network, there is also a difference of opinion regarding the Pakistan-based militant groups like Jaish-e-Muhammad (JeM) and Jamaat-ud-Dawwa (JuD). Pakistan is not likely to agree with the US regarding the handling of these groups and their members.

The recent pressure from Islamabad on Hafiz Saeed and his group, it must be understood, is not to please Trump but to respond to action from the UN and the G7 financial action task force (FATF) on money laundering. The initiatives of these two organisations will have far more serious implications for Pakistan.

The world at large does not agree with how Islamabad/Rawalpindi manage their links with various militant groups. So, even if the US does not insist on any credible action against Hafiz Saeed and others, there will be pressure coming from other quarters.

But how Pakistan treats non-state actors is not the centre of the current policy divergence. The relationship will be determined by how Pakistan sees itself as part of global politics in which the hierarchical structure is changing form. The US may be a significant global power but it does not remain the only one. Pakistan sees itself as gaining a more steady and permanent role in a new grouping that includes Russia and China.

As Beijing invests billions of dollars in Pakistan and builds CPEC, which symbolises stronger and longer-lasting interests in the country by an ally, Washington is likely to be seen as a romance of the past. A group of Pakistani media people and public intellectuals was recently dispatched to Russia to meet and emphasise the historic linkage between the two countries and explain Pakistan to Moscow.

Pakistan ought to develop people-to-people contact in all its relationships rather than just focus on military ties. In any case, expanding links with China or Russia through the aforementioned interaction is an approach that will translate into benefit in the long-term.

Right now, Islamabad must not build relations with new powers at the cost of destroying the old ones. It will probably take another generation of Pakistani elite for the country to integrate into its newer partnerships. Meanwhile, the dialogue with the US must continue.

The White House no longer has someone to explain Pakistan. This means it will depend largely on its drone policy in the region which will add to the sense of hurt in Pakistan and increase tension.

The greater danger for Pakistan would be for the political government that may want to ignore the inner tension by just issuing statements to please the general public. The warmth in the relationship is not recoverable but that should not be the aim. It is more important to cool down the temperature so that Pakistan could reduce the extent of collateral damage to itself.