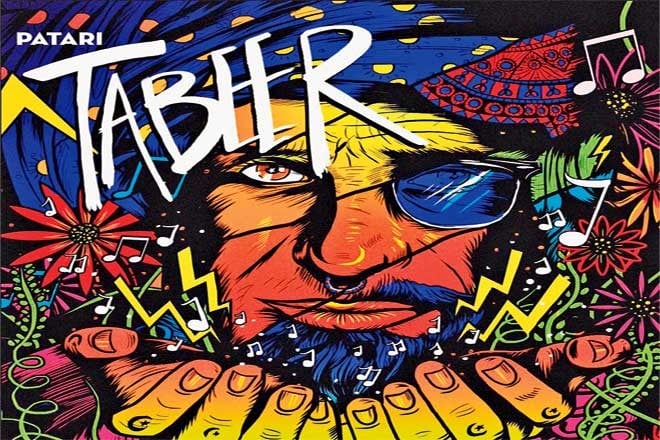 A great many things were a toss-up in the entertainment industry in the year that passed us by. For all the good that occurred, the year 2017 had its share of, shall we say, less than enlightened moments.

Major movie stars and film personalities, unable to digest criticism, either attacked critics by taking to social media or deemed them useless. Films were promoted in rigorous fashion even though the actual product failed to ignite imagination on account of being severely lacking.

In fact, while the revival of movies became a decade old in 2017 (having begun in 2007), the lack of success on the box office meant that 2018 will be a testing, cautious year for cinema and for those involved with it.

But like every dark cloud has a silver lining, 2017 found its silver lining in music. The passing year not only paved ways for some gorgeous releases - it proved that the artist will prevail come what may. Despite perception within industry circles and beyond that original music needs resurrection, in reality we saw some great work emerge from various quarters.

Our story begins with Patari, Pakisan’s largest audio streaming platform, that backed a number of original music projects in 2017 and in doing so showcased that they have lasting vision for the music industry.

The first half of the year led to the emergence of Patari Tabeer, whose mission was to shine a light on six unheard voices from different regions of Pakistan and included pairing them off with six equally innovative music producers. The sound of the streets had made it to the studio and the urban-rural divide was blurred as artists like Abid Brohi, Lyari Underground, Nazar Gill, Faqir Zulfiqar, Bhagat Bhuru Laal, Rajab Faqir (and his disciple Zamar Hussain), Malala Gul, and Mohammad Jahangir found a following.

This was followed by the release of Fanoos, a six-track EP from music producer Zohaib Kazi, created in partnership with Patari. For Fanoos, Kazi flew out to various provinces across Pakistan to record artists such as the students of the Bulbulik Heritage Centre (Hunza), Riaz Qadri (Punjab), Islam from (Gilgit-Baltistan), Mai Dhai (Sindh), Akhtar Channal Zahri (Balochistan) and Zarsanga (Khyber-Pakhtunkhwa) in their own backyard - setting a unique precedent – and presented songs that represented the merger of urban, folk and electronic genres in a cohesive, beautiful structure.

Patari’s original music projects will continue well into 2018 with the emergence of Patari Aslis Volume 2. The second volume, released in the last part of 2017, unlike the first, also contained music videos and we’ve seen the release of tracks from artists like Lyari Underground, Sikandar Nawaz so far with more tunes in the pipeline from the likes of Abid Brohi, Rutaba Yaqub, Nazar Gill and several others.

Corporate music projects not only made their presence felt but for the first time in a long time, a streak of competitiveness emerged that has resulted in some potentially-game-changing changes.

Coke Studio, music’s biggest and most contested property entered its tenth year in 2017 and created some worthwhile, original moments with the likes of Ali Hamza, Ali Sethi, Ali Zafar, Kaavish, Faraz Anwar before ending with a unifying, moving tribute to the late Junaid Jamshed for which Ali Hamza, Ali Zafar and Strings came together in the concluding episode. The season also saw some lows, a string of cover songs and enough controversy and criticism to usher in a change of guard at the top. Music’s longest standing group, Strings, having helmed the show for four seasons announced their departure from the production in amicable terms post season 10 with the promise to keep on going as a cherished music group.

While Coke Studio had its moments of glory and vice versa, the cola wars heated up with the return of Pepsi Battle of the Bands, also in 2017. In its second incarnation, the music competition, spearheaded by Faisal Rafi, brought Fawad Khan back to music and managed to get Meesha Shafi and Atif Aslam on as well. The trio of judges was joined in audition episodes by Aaroh’s Farooq Ahmed and Vital Signs’ Shahi Hasan in the rest. Pepsi did, however, struggle to get enough exciting bands into the top eight and we do need to see better bands in the next run. Kashmir, crowned champion at the end, did deserve the title and the grand finale of Pepsi saw a number of major artists taking the stage including Meesha Shafi, Fawad Khan-led EP, Ali Azmat and Shahi Hasan, with the latter paying a deeply personal ode to Junaid Jamshed with a performance of the track, ‘Namumkin’.

from Momina Mustehsan, Asim Azhar, Qurram Hussain, Meesha Shafi, Quratulain Balouch and Ali Azmat to the surface, but in the absence of a clear mandate, only managed to strike gold with two songs, one from Shafi (‘Yaar Mere’) and one from Ali Azmat and QB, who sang together on a gem of a song called ‘Chal Diye’ that was produced by Omran Shafique.

2017 was the year when festivals played a significant role in shaping the debate on music with Lahore Music Meet leading from the front with a third edition in 2017 and the return of I Am Karachi Music Festival as well.

Saif Samejo’s Lahooti Live Sessions, recorded in Jamshoro, continued to count where it matters most and returned with songs that shone a light on stories, artists and tradition who represent the real sound of the soil and villages.

True Brew Records, spearheaded by Jamal Rahman, introduced a new initiative called True Brew TV that highlighted original music. Some of the country’s most intriguing, innovative artists have appeared on True Brew TV in 2017 including Janoobi Khargosh, Jimmy Khan, Moyo, Ali Suhail, Haroon Shahid, Shorbanoor, The D/A Method and Abdullah Siddiqui, Gentle Robot and this is the original side of music that must be acknowledged more.

Several artists put out new albums this year including indie darlings Sikandar Ka Mandar, Ali Suhail as well as Karachi-based ESharp, Sounds of Kolachi, and The D/A Method. Nawksh released a full-length EP called No Need To Hide When Its Dark Outside that came off as a meditation on loneliness while Slowspin ended the year with releasing Unfurls. We also heard glorious singles from Poor Rich Boy (singing in Urdu with Tootay Hue Admi), Shajie Hasan, SNKM, Smax and Dynoman.

Which brings us to 2018. The year has begun on a high with the fourth edition of Lahore Music Meet unfolding in Lahore this weekend. Coke Studio 11 is being spearheaded by Zohaib Kazi and Ali Hamza. Both of them have different strengths and together they have the talent and the vision to help the industry move forward. Kazi is, in fact, the underdog given the show’s illustrious past and that maybe his greatest strength. Patari, too has several projects in the pipeline such as Khayal that explores the links between spirituality and music with Jami and Farhan Zameer taking on video and audio duties. Chingari, (created in collaboration with Red Bull) is "futuristic sci-fi version of Pakistan and  pairs off legendary folk artists with electronic producers such as Talal Qureshi, Block-2 and SomeWhatSuper.