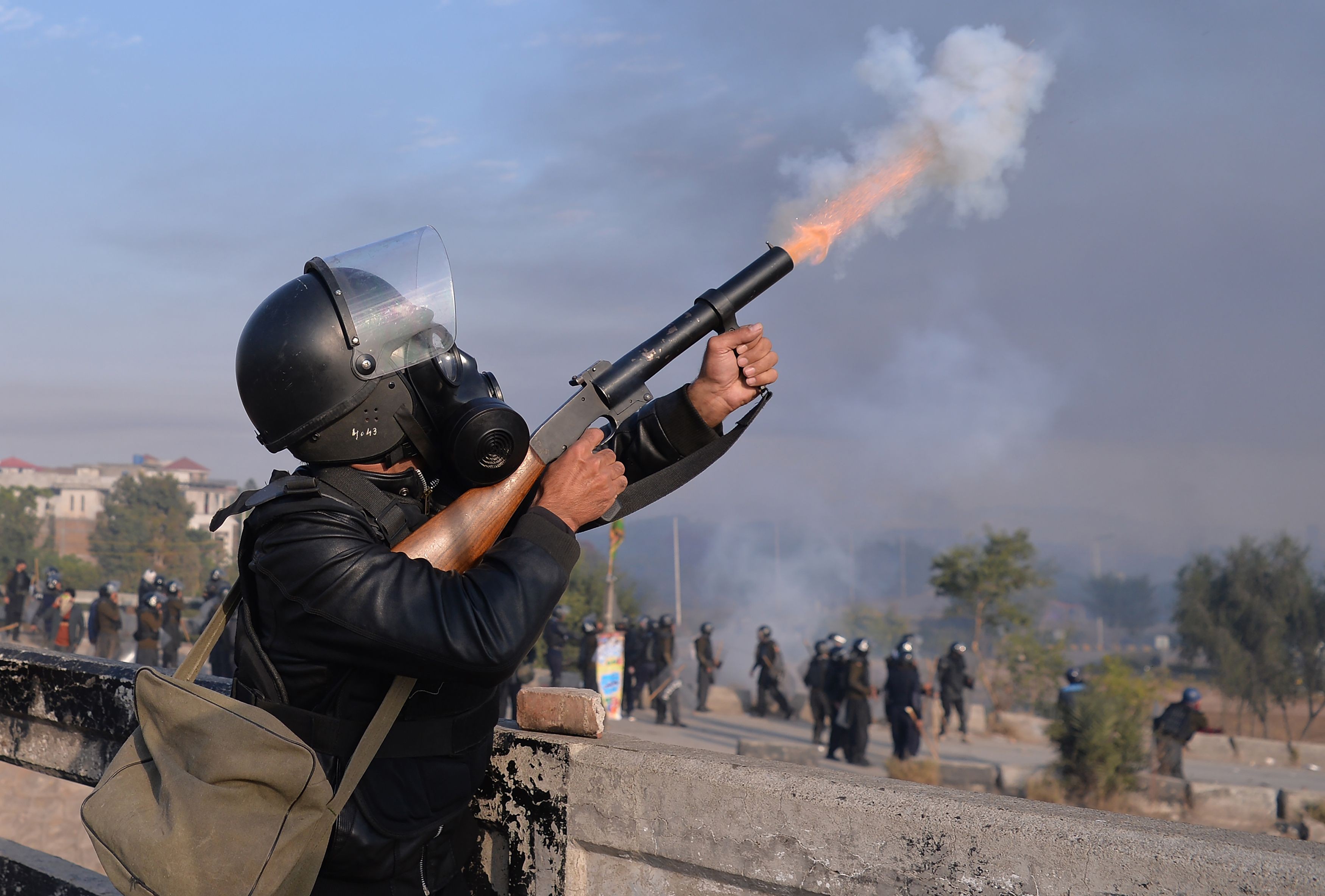 The recent agreement enforced upon the political government is nothing but a small reminder that Pakistan has turned into a hybrid-theocracy where sharia law is gradually being applied indirectly. What, perhaps, stands between this situation and a complete morphing into a sharia-governed state is the difference of opinion between the right wing leadership from varied sects. Despite being aligned with permanent institutions of the state, the Ahl-Hadith, Deobandi and now Barelvi leadership have competing perception of sharia and its implementation. Thus, no matter how much the liberal voices may echo the plight of Ahmadis or even Shias in the country, the conditions for these groups are not about to change.

Like a child who tries to find an excuse for its misbehaviour or mistake, alternative thinkers tend to hide behind Muhammad Ali Jinnah’s liberal image arguing that a theocratic state was not what he desired. However, the fact is that the modern day hybrid-theocratic country is Jinnah’s Pakistan. It reflects all the confusion, lack of clarity, lack of consensus in defining the ideological parameters of the state created in the name of a religious identity, and manipulation of the confusion by state institutions that Jinnah had.

Over the last seventy years, Pakistan has slowly and gradually been defined as a fortress of Islam and, hence, fundamental to the power of the Muslims everywhere -- in a way more significant than even Saudi Arabia.

The Sipah-e Sahaba Pakistan was formed during the early 1980s to fight on multiple fronts. Subsequently, other groups such as the LeJ and JeM were carved out of the SSP.

Nothing much has changed between 1953 and 2017. In 1953, Prime Minister Nazimudin was forced to back down and was sacked by the then Governor-General Ghulam Muhammad. This was in the wake of the 1953 anti-Ahmadi riots. The memoirs of Firoz Khan Noon affirm the relationship between the religious right and the establishment dating back to that time. The Ahmadi issue turned out to be a stick to beat Nazimudin with, who at that juncture had tried to apply the principle of majoritarianism in Pakistan’s politics that would have empowered the then East Pakistan. Later, the 1956 Constitution overturned the principle and brought in the principle of parity. However, it also gently brought in the Islamic formula with Chaudhry Muhammad Ali, the bureaucrat-prime minister (1955-56), playing a prominent role in the exercise. Ali, in any case, was close to Jamaat-e-Islami’s Maulana Maududi and contributed his hand in pushing Pakistan closer to the pre-modern Saudi Arabia.

It was in those early years -- between 1949-55 -- that the template for the state ideology and a corresponding structure was etched; everything else would later become secondary. The perception of the state bureaucracy, in which civil bureaucrats were at the helm of affairs, was geared towards greater not lesser Islam. Subsequently, all leaders played by the tune. Ayub Khan, despite being a liberal leader could not but deviate from a pre-determined path. Having initially removed the word Islamic from Pakistan’s title, he was forced to bring it back. In re-amending the 1962 Constitution, Ayub slipped even further by giving a formal role to the religious clergy by creating the Council for Islamic Ideology. Though it was created to play an advisory role, this institution proved influential, especially after 2008, in strengthening the power of the religious right.

Read also: The act of silence

Interestingly, despite having opposed the idea of Pakistan before independence, the Jamaat-e-Islami acquired a lot of influence in the post-independence Pakistan. This would not necessarily translate into electoral victory, which may not be deemed as the only method for measuring the influence of the right-wing, but its ability to influence core policies remains. Whether it was real appreciation or a political gimmick, Zulfikar Ali Bhutto appreciated Maulana Maududi’s politics. During a National Student Federation (NSF) convention in Karachi during the mid-1950s, Bhutto publicly snubbed his party member, Mairaj Muhammad Khan, for criticising Maududi. He shared this appreciation of Maududi and the JI with the military establishment.

Bhutto certainly had an appreciation for religion feeding into his populism which is a reason why he or his party members did not contest the pressure from the religious right that eventually resulted in the passing of the Second Amendment to the 1973 Constitution. It was this amendment that declared Ahmadis as non-Muslims, thereby turning the state in the direction of a hybrid-theocracy.

However, it was during the Zia reign in the 1980s that JI’s influence really grew. Other religious parties such as the two main factions of the JUI were also strengthened. The Deobandi support was critical in not only fighting the war in Afghanistan but also as a bulwark against the Shia influence in the region influenced by the 1979 Iran revolution. The Sipah-e Sahaba Pakistan (SSP) was formed during the early 1980s to fight on multiple fronts. Subsequently, other groups such as the Lashkare Jhangavi (LeJ) and Jaish-e Muhammad (JeM) were carved out of the SSP for varied purposes. The JeM, in particular, is critical not only in terms of its role in India and Kashmir but also for producing literature that carefully defines who the Muslims must oppose and fight. Thus, the suicide attacks against churches in 2013 and 2015 might not come as a surprise as the literature clearly enunciates the duty of Muslims to oppose all those that ‘de-populate’ mosques.

It was also during the 1980s that the Ahl-Hadith radical and militant groups were formed and given the comfort of a relationship with the state. Samina Yasmeen’s recent book Jihad and Dawah has an excellent account of how the Majlis-e-Dawat-ul-Irshad (MDI) was created in 1984/85 to fight the wars of the state. In fact, the JuD/LeT literature claims partnership with the military while fighting in Kargil. Despite constant juggling with names and roles, the LeT/JuD network has expanded its presence throughout the country as a militant/social/welfare-delivering partner of the state.

General Zia-ul Haq developed a patronage system linked with the conservative trader-merchant class on the one hand and exploited the various sectarian differences, on the other. As part of this strategy, he invested in people like Tahir-ul Qadri. Qadri was brought into the Majlis-e-Shura (1985) to give some direction to the otherwise disorganised Barelvi following in the country. Qadri would resurrect himself in 2014 with support from segments of the state to destabilise the political process which would, logically speaking, support him in implementing the counter-radicalism formula he has parroted around to the world.

At this juncture, Khadim Rizvi and his men who, with their sheer appetite for political blood and lack of sophistication, have proven to be a more important asset for whoever in the state machinery would like to use them have simply outsmarted Qadri. But Rizvi will also prove to be a more critical milestone in the future trajectory of Pakistan. Now, it does not matter anymore if sharia is formally applied or not. Between Khadim Rizvi and Orya Maqbool Jan, the state is theirs to claim.