A land at once slow and modern, New Zealand is a call to a more natural, holistic way of living -- barefoot, mindful yet carefree 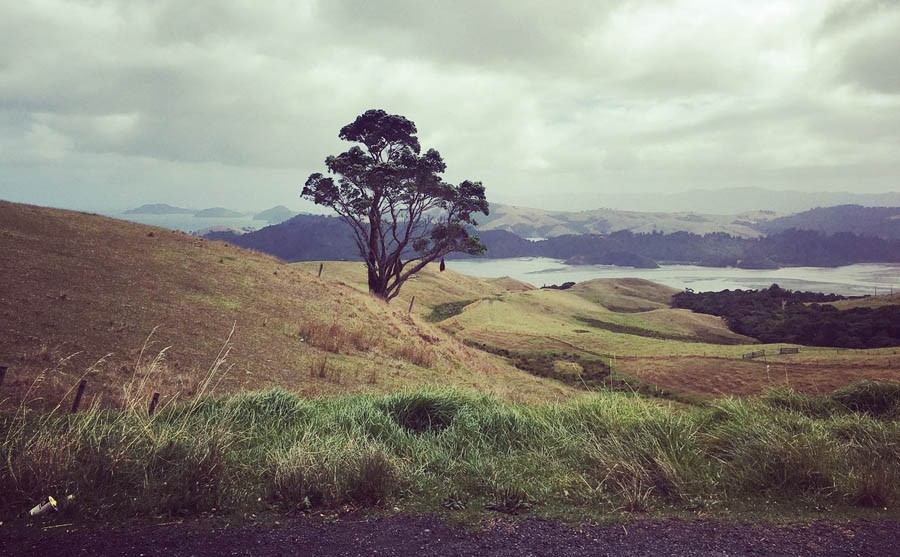 Land of the Long White Cloud, Middle Earth, the Last Fuel Stop before Antarctica -- these are just some of the phrases coined to describe this otherwordly place, voluntarily held back from the mutations of modernity that define progress in almost all other countries the world over. From the moment you shuffle through into the arrivals lounge at the airport (Auckland in my case), after what is easily a 24-hour journey from pretty much any other country across the globe, the ‘newness’ of what awaits hits you as you peel off your shoes (and your reservations) for inspection.

New Zealand’s flora and fauna are highly protected and any soil or dirt debris from another country is strictly prohibited, lending to fumigation checks on shoes, straw hats, hiking gear etc. if traces of well-travelled grime are detected. Luckily, my Sketchers, my luggage and my crud-free constitution made it through customs intact.

Arriving at the tail end of December last year, the most considerable challenge was realigning my internal clock and climate components, as summer was in full swing. The New Zealand sun is the big daddy of Pakistan’s puny little ray of light. It is hard, glaring and will give you a burn that bites within a minute or two of exposure. There is less ozone here, and the earth’s orbit takes the southern hemisphere much closer to the sun during the hot months than it would the northern hemisphere. That is why melanoma affects so many Kiwis and keeps sales of sunscreens shooting through the ozone.

While the mainstream western world may have its renaissance, its romance and its sprawling urban cityscapes, New Zealand is home to the fantasy of The Lord of the Rings and The Hobbit, a mythical greenland of rare beauty and escapist chimeras.

There is another reason the sun is particularly harsh here: the air is clean, pure and unblemished of strains of smog and pollutants.

Just before leaving Lahore last year, I barricaded my family and myself indoors while a thick blanket of smog had mounted the city so profusely that it had eclipsed the sun, the light, the colour of longevity. To find myself so far removed from the pockmarks of over-populated urban living that becomes a health hazard, the density of New Zealand’s cleansed climate and habitat was quite literally a breath of fresh air.

I am a child of the 80s, growing up not in Pakistan but in Ireland and Scotland -- a simpler time, unravaged by the dregs of polarisation. Coming to Aotearoa (Maori for New Zealand) in my late 30s felt like a rather late homecoming. Populated by some four and a half million people, it is blessedly still a country that accommodates a steely resolve to be silently simple, unflinchingly observing, yet perfectly happy to do things its own way.

I am still familiarising myself with the permitted luxury of roaming around barefoot, whether on the tarmac, in shopping malls, on grass, in restaurants and at the local corner shop -- yes, many folk here will walk around barefoot all day, a throwback to more carefree times. In the country’s largest urban centre, Auckland, this is becoming increasingly occasional but outside the city limits it is rare not to see a barefoot or two. I’m still learning to appreciate the feel of freshly mowed grass under my feet without my shoes in tow.

The indigenous Polynesian people here are the Maori (14 per cent of the total population), who provide a rich cultural tapestry of experience and heritage to this country. Their language is spoken everywhere; it rolls off the white Kiwis’ tongue like a first language, is read on signboards and street names, and is the seasoning of the English spoken here, peppered into every phrase, every greeting, every catchphrase.

The Maori Haka is the tribal war dance, fashioned and parcelled to the international community as an intimidating rite of passage performed by New Zealand’s biggest import, the All Blacks Rugby team. It is equal parts unnerving, riveting and infectious.

There’s a mellow, laid-back vibe to almost every aspect of life here, work included. There is competition, and there is a race to progress but it’s more like a leisurely stroll than a neck-pulling, nail-biting, fist-fangled marathon to the top. The tall poppy syndrome is classic textbook -- don’t show off, overplay your achievements or push your performance; you’re part of the sum of everyone else. It isn’t unheard of to cut and snip your resume for a job here because the competitive spirit is frowned upon as being unneighbourly. Since I’ve been here I haven’t bothered to peruse the latest Vogue, the Sunday pages or the regular lineup of Facebook Saturday night ‘life as we know it’ hashtags -- life isn’t about that anymore, and I am so thankful for it.

Life is about the green, the lush and the faraway. Nature is second nature here; any free moment you get is spent outdoors. It is a treat to share the 29,000km of coastline around Auckland alone with the people of this quaint metropolis, as they take out their sailboats, their ferry passes and their kayaks for some azure moments of reflection.

The entire country is a medley of farmlands, hills, valleys, lakes, rivers and sleepy villages scattered composedly around the legitimate citizens of this country -- sheep and cows; it is a common giggle here to acknowledge that there are some nine sheep for every human here.

Whilst colder climes in Europe and Iceland might experience everyone’s bucket list favourite -- the Northern Lights -- New Zealand has the Southern Lights, the same astral phenomenon but with more expanded colouration. While the mainstream western world may have its renaissance, its romance and its sprawling urban cityscapes, New Zealand is home to the fantasy of The Lord of the Rings and The Hobbit, a mythical greenland of rare beauty and escapist chimeras.

They say in New Zealand you are never more than 15 minutes away from something truly beautiful -- it may have taken me light years away from the world that I knew but it truly is a unique vestige from a better, less complicated, more humane time.