To the throne of Sulaiman

A climbing adventure to the legendary peak of the Sulaiman Mountains, partaking in fascinating local rituals on the way 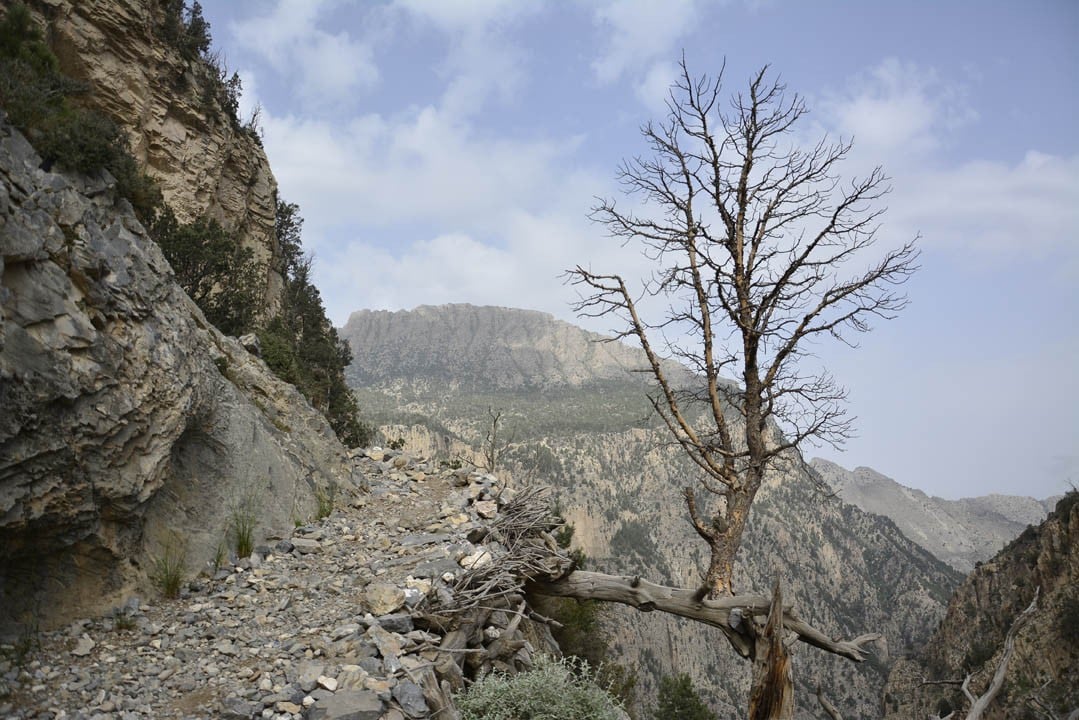 It was slightly less than a decade ago when I heard about Takht-e Sulaiman, a peak of the Sulaiman Mountains in FATA, the fantastic varieties of flora and fauna there and the fascinating folklore associated with it. But as fate would have it, my dream to be there only materialised this August.

I had learnt much from Captain MacMahon’s essay ‘Ascent of the Takht’ about Takht-e-Sulaiman. With twin ridges peaking at Obusta in the northwest (erroneously referred to as Kaisarghar in MacMahon’s essay) at 11,300 feet above sea level and Takht-e-Sulaiman in the southeast at 11,070 feet above sea level, the landscape of the area is awe-inspiring. But as they say "seeing is believing", so I had to be there to really appreciate the majesty of the view.

Our party of eight men was led into Sheen Ghabazh at 3890 feet altitude on a humid August evening in the Sherani tribal belt of the Frontier Region of Dera Ismail Khan. An intermittent display of flashes and lightning streaks lit the sky where the setting sun had cast its last rays just a few hours earlier. From here, we began the ascent of Takht-e Sulaiman the next morning at first light.

In the dark of the night, not a single sound was heard except for the occasional bark of a hound and the frequent ringing of cow bells, there was nothing to be heard in the mountain.

Having gone through the relics we headed for Takht and despite the scary crossing of Tapai, where one has to scramble ahead on all fours for over 150 feet on a 70 degree slope, the Takht was finally reached around mid-day.

The advent of dawn however brought the mountain to life. Wood Pigeons flurried about, Chukars flushed around and a Striped Hyena carcass lay astride the road; there were also tales of the non-extant Balochistan Black Bear and Indian Wolves.

We were climbing northward, heading for a gash in the crest of the craggy ridge that Takht is, at its northern end. This was a detour from the normal track up the Dera Ismail Khan facing side of the mountain owing to our inexperience in climbing adventures.

A half day of relentlessly pushing up the bleak paths on the mountainside brought us to Marrmand, 6800 feet above sea level which offered some splendid views. In the South we could see a pristine pine forest stretching for hundreds of vertical meters. Towards the west were glorious mountain peaks, and in the east, the towns of Drazinda and Draban.

At night, a hapless lamb was slaughtered and devoured with atrocious ferocity by our travel party. After a game of hide and seek with misty clouds that intermittently wet the lamb party, we dashed to a rocky hut nearby to get some sleep.

We resumed the climb to the Takht early the next morning. We also got a chance to get a view of Obusta peak as soon as we crested the gash we were headed for but any real chances of getting to the peak were sadly dimmed by our painfully slow rate of ascent, and by mid-day it was apparent that we would be spending a third night on the mountain before making it to the shrine. We spent the night at Maidan, which is the table land situated nearly 9000 feet above sea level and sandwiched between the Takht and Obusta peaks in the east and west respectively.

Across the gash we dragged on along the western skirts of the Takht ridge for no less than three hours, straggling along amongst other places in boulder-strewn ravines, between spectacular precipices hundreds of feet high, pine leaf littered outcrops and bare flat tableland stretching for hundreds of metres at once. The sweet smell of freshly chiselled barks of Chilgoza pine trees and the crackling of the pine leaf litter under our feet added more to the experience.

We reached Asti Muhammad’s summer hut on the Maidan late in the afternoon but despite being late, we were thankfully offered a lunch of a stew of some vegetable plucked smack off the mountainside, sour buttermilk and thin wheat bread. After two straight nights of forced feasting on lamb meat, this was a refreshing change and we thanked our host.

In the evening, we strolled along the fringes of the pine forest on the Maidan. From where we were, it appeared as if the mountain was stranded in the heavens: Obusta’s height was betrayed by its gentle slopes, Takht’s crest appeared invincible and the Maidan, where we stood, appeared to fall into an abyss, much like a crevasse in a glacier and as mysterious as one.

Soon evening clouds enveloped the ridges on both our east and west and a gentle breeze sounding like the sweetest of hymns flowed through the canopy of the pine forest.

The extravagant amount of smoke rising in the direction of our night quarters could mean just one thing; another lamb was on the menu. The result of this unending lamb fiesta was only realised in the middle of the night, when after some restless hours I had to rush out, squat in the cold open and puke while watching a partial moon slowly rise above the silhouette of the Takht ridge in the east.

I did manage to get some sleep after the puking episode but became the slowest climber in the morning, as I had lost the energy needed. Nevertheless, I kept dragging my feet as we now encountered the trickiest slopes.

This day was the most eventful. Our first encounter was with Haji Nashtar, a stupendously tall and stoutly built Blue Pine tree in a constricted nullah. A loud stint of greetings arose as every member paid respects to the tree upon reaching it. Graffiti on nearby rocks assured us that we were only reliving old traditions of this mountain by offering mindless salutations to this unmoving tree.

As if such weird traditions was not enough, we were shortly thereafter introduced to a gentle plain where stood propped up circular assortments of randomly shaped bark slabs and sticks. I was told that a person desirous of male progeny need only prop here as many sticks as the sons he desires. That their wish is granted, even our guide Gul Zada was not certain of.

The presence of such establishments at multiple sites on the mountain comes as no surprise. Takht-e Sulaiman, the shrine for which the peak is famous, itself is a product of timeless human reverence and desire. That the fable of Solomon being buried here is true does not have any concrete evidence. But the existence in these mountains of our pagan ancestors is a foregone certainty, and that Takht-e-Sulaiman had been the seat of their deities, is a definite possibility.

This mountain had probably been held sacred to these pre-existing pagans before the advent of Islam in the region. And so, it must have held its own features. Relics in the shape of Haji Nashtar could have been their "Tree of Life", while rituals such as planting wood slabs could have been pagan worship, or cleansing rituals before heading to the Takht, the seat of the gods. This, of course, is merely conjecture. But the possibility of its existence is nonetheless, very real.

Having gone through the relics we headed for Takht and despite the scary crossing of Tapai, where one has to scramble ahead on all fours for over 150 feet on a 70 degree slope, the Takht was finally reached around mid-day. It is merely a rocky platform large enough for two people to stand on together and that too some fifteen feet below the edge of a cliff which thereon plunges no less than three thousand vertical feet. Takht was frightening in the first instance. I could however not resist the urge to stand on it.

It was otherworldly, even for a person who has travelled extensively in mountains. On my way back home, I could only admire the ingenuity of man, for having found the strength to discover a monument in such a remote corner of a mountain as massive as Takht-e Sulaiman.

To the throne of Sulaiman