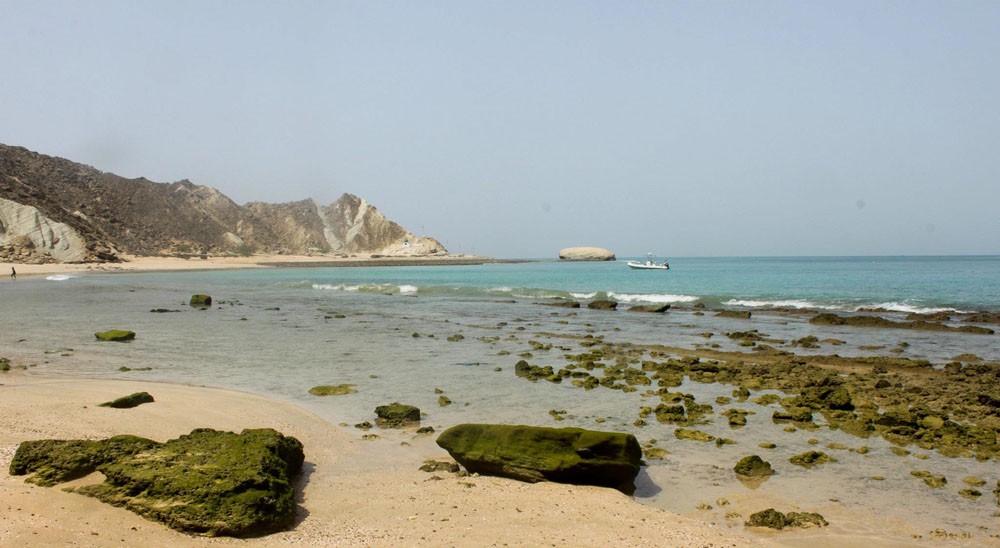 While the stunning beauty of Pakistan’s scenic northern mountains is pretty well known to the people of Pakistan and visitors, not many are aware of the hidden gems along its over 1,000 kilometre of coastline. There are pristine beaches, stunning lagoons, flanked by awe-inspiring mountains and islands with unique ecologies.

Lack of accessibility has been one reason for this relative ignorance, but the coastal highway has made a difference. The logistics are getting better. While one does not encounter the kind of touristy facilities like eating places or clean washrooms that can tempt more people out, that does not deter the more adventurous from undertaking the trek.

However, not many have ventured across the sea to Pakistan’s largest island Astola, or Haft Talaar (Island of the Seven Hills) as the locals call it. Located off the coast of Pasni, three hours away in a fishing boat, less than half that time in a speedboat, the island takes your breath away at the very first sight.

The inviting azure blue waters have made excited scuba divers jump off boats well before reaching the shore, and the clean beaches, the challenging cliffs and the rock formations make the effort of getting there quite worthwhile.

The small tracks leading to the top of the precipitous cliffs are not for the faint hearted. The sturdy are able to reap the reward of a panoramic view unlike any other in Pakistan. If the season is right, schools of dolphins swim along the way, and, yes, the sea snakes gives one the jitters but the sight of birds… oh so many beautiful birds just transports one to another realm!

And the Astola experience cannot be completed without a visit to the mazar and mandir there. If you have a bit of sense of history mixed with mystery, you may even try and find the grave of Soorya Badshah (Pir Pagara). Many believe that after executing him, the British made Astola his last resting place. In fact the other story is that Osama bin Laden’s disposal was modelled on the same line as this freedom fighter.

The inviting azure blue waters have made excited scuba divers jump off boats well before reaching the shore, and the clean beaches, the challenging cliffs and the rock formations make the effort of getting there quite worthwhile.

Astola is a favourite fishing ground for the local fishermen from not just around Pasni and Ormara but fishermen from as far off as Karachi come for the catch of lobsters and crabs, which fetch enough to cover the expense of almost a 20 day round trip or more. Also, once there, some culinary experiments can be carried out on fish, red and grey crabs and lobsters.

Now is your appetite of the place whetted enough? Please don’t go planning a visit there -- because the access to the island is likely to get more difficult.

Finally the efforts of environmentalists over the past many years have come to fruition: Astola has been declared as Pakistan’s First Marine Protected Area.

Just about 5,000 hectares, or 6.5 kilometres across, this is the island where there are growing colonies of corals, which in turn spawns a variety of marine life, documented by WWF and IUCN. It has some grasses and shrubs endemic to it, as well as a species of a viper snake. It is the nesting ground of the endangered Green and Hawksbill Turtle.

Because of its importance as a unique habitat, it was included in the list of Ramsar sites in Pakistan in May 2001. This gave it a special status. But that was just about it. No special moves were made to protect and preserve the rich biodiversity of the island.

One reason was the fact that not only Pakistanis get quite territorial, the organisations, institutions and government departments also fight a turf war. It either results in multiplicity of claims over domain or gaping holes through which needed measures fall through. There was always a nebulous question mark hanging over whether Pakistan Navy would call the shots or the Maritime Security Agency or the environmental INGOs or the Federal or Balochistan governments, especially after the passage of the 18th Amendment, devolving the subject of Environment to the provinces.

Despite the fact that Pakistan is a signatory to the Convention on BioDiversity (CBD), and Target 11 of Aichi Biodiversity Targets agreed by all parties to the CBD in 2010 laid out that each country must declare 10 per cent of its coastal and marine area as protected, not much headway could be made.

In 2015, the Ministry of Climate Change had constituted a working group that thrashed out the matter, looking at the possibility of declaring not just Astola but the very fragile and threatened Churna Island off the coast of Karachi, and Miani Hor on the Balochistan coast.

About this time, Shahid Sayeed Khan of Indus Earth Trust, an organisation that is a member of IUCN, submitted a motion (No. 55) at the IUCN World Conservation Congress held in Hawaii in 2016. This was the only motion presented by Pakistan and was carried with overwhelming support.

He had garnered the support of former Senator Javed Jabbar, former Minister of State for Environment, Malik Amin Aslam, and the newly-appointed Secretary of the Ministry of Climate Change (MoCC), Abu Akif.

This set in motion a flurry of activity on parallel and then converging tracks. The Mangroves for the Future initiative of IUCN became the convener of the stakeholders. The gelling of the stakeholders was the most encouraging part of the entire exercise, which resulted in the Pakistan Navy facilitating a rapid assessment visit to document the current state of the island, while at the government level, MoCC busied itself in settling the jurisdiction issues and preparing the relevant summary, along with support from Chief Secretary Balochistan Aurangzeb Haque, Secretary Forests and Wildlife, Conservator Ali Imran.

While this may mean restricted access for people who want to feast their eyes on the natural beauty, or for the fishermen who right now use it to supplement their livelihood, this would be a measure similar to the protected forests on land. The government and the concerned environmental stakeholders will now have to work together to develop a comprehensive management plan that can protect the biodiversity, as well as put in place eco-tourism protocols, and alternative livelihood options for fishermen so that the marine life stock in the waters of Astola can regenerate.

Pakistan has taken its first step towards not only meeting its CBD and Aichi Targets, but will also be moving closer to the Sustainable Development Goal 14 that calls for conservation and sustainable use of the oceans, seas and marine resources.

There are many other sites that deserve a similar designation along the coast, especially in view of the wanton disregard for the fragility of the ecosystem by industries as well as tourists. We need to conserve these sites for the future generations. Declaration of the MPA is just the first step. Large-scale awareness raising campaigns about the damage humans are doing to these areas needs to be undertaken.

Astola, for now, is on the radar. Let us bring Churna, one of the most threatened by the hordes of unmindful scuba divers, and the builders of an LNG terminal, in the limelight too.

As we have seen, when push comes to shove, things do get done! 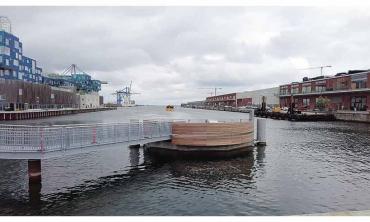