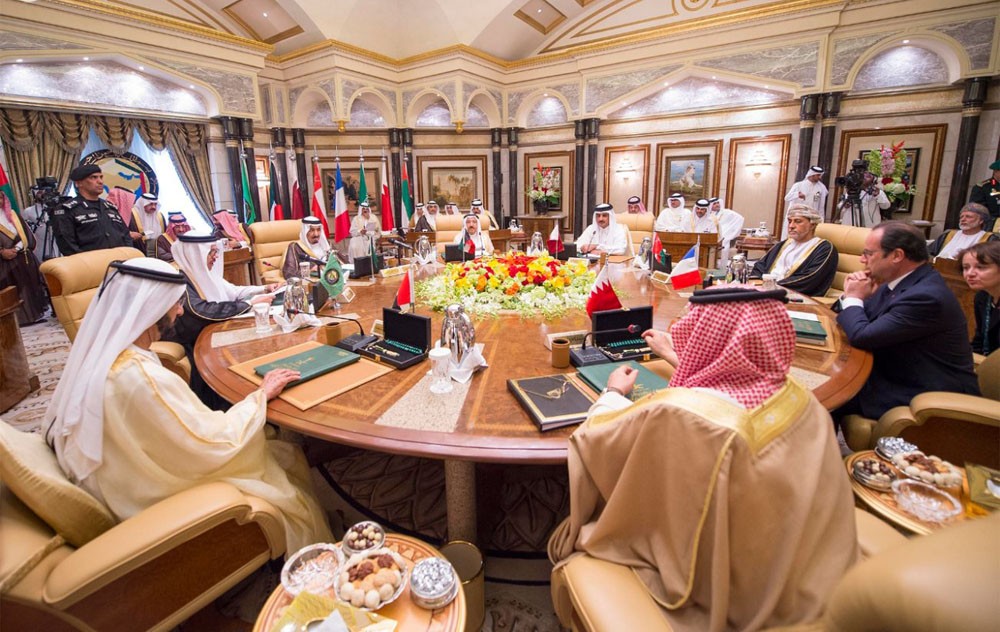 If the Gulf Cooperation Council (GCC) were a WhatsApp group the status would read: Qatar (feeling weird), Saudi Arabia, Bahrain and the UAE (left the group), Kuwait (typing), and Oman (last seen 2010). This is a joke doing the circles in the Gulf that highlights the fact that the GCC as an organisation will not be able to survive the current conflict in the Middle East, nor will the OIC remain unscathed.

In fact, if the tension escalates towards some form of violence it would engulf not just the entire Middle East but South Asia as well and may become precursor to yet another world war.

Even without war, the ongoing political conflict is making the citizens throughout the Gulf region so nervous and preoccupied with the threat of war that in the words of a member of a Sharjah royal family, "I feel if I wrote an article calling for legalising prostitution, gay rights, atheism, marijuana, civil marriages, gambling, press freedom, releasing political prisoners, constitutional democracy, and the abolition of capital punishment no one would bat an eye."

A conflict that becomes difficult to predict is always dangerous. In this case, its direction is hard to fathom, partly because the goals of Saudi Arabia and its allies are not really transparent. Even the outside world finds it difficult to believe that the issue pertains primarily to Qatar’s links with the Muslim Brotherhood, Hamas, and Hezbollah. There is no country in the Middle East or the Gulf region that can claim innocence of having links with religious-militant groups in the region or other regions.

While Doha has links with the aforementioned groups and has even hosted others like the Taliban, Riyadh had a share in the ongoing conflict in Yemen in which it contributed through financing a Salafi hub in the heart of a Zaidi stronghold in Northern Yemen at Dammaj after 1979. This was initially in the form of financing a madrassa that turned into a Salafi-Wahabi bastion and, hence, an issue of conflict with the Zaidis.

This particular clash ran parallel to the rift between the Zaidis, who are Shias but closer in many ways to Sunnis, and the political government in Yemen that is now a partner with Saudi Arabia. But it is worth pointing out that not all Zaidis are Houthis, a name derived from a leader of the rebels, nor are all Houthis Zaidi.

Despite the fact that Iran has supported Doha through supplying it with food and an air route, Tehran is not likely to jump into the conflict, at least not until it gets attacked.

The Saudis were concerned about the conflict in Yemen but not excessively worried until the Houthis-Zaidis occupied Aden in March 2015. The real concern was that the rebels could become powerful enough to throttle traffic through the Bab-al-Mandeb, the strait that connects the Red Sea with the Gulf of Aden.

Riyadh blames Doha for supporting Tehran and Shia militias/militant groups that may include supplying weapons despite the fact that getting weapons in Yemen is no issue as the country is a transit route for illegal arms for decades and used by all kinds of suppliers and states. It has definitely been a source of weapons into Africa.

Yet the Yemen war is an excuse for other political concerns, such as Saudi Arabia wanting to reformat American patronage in the Middle East. In many ways, this is a conflict between various American proxies like Saudi Arabia, Bahrain, and the UAE that were sidelined by the former American President Barack Obama.

In the words of an Arab source, "Obama screwed the Saudis." Although Obama didn’t overplay the Saudis’ role as a major source of violent extremism around the world, he abandoned them to re-develop links with Iran. Furthermore, the ‘screwing-up’ was also financial that happened during the process of devaluing some of the financial institutions that were used by the Saudis. This happened in the backdrop of continued decline of oil prices that affected the UAE too.

In any case, Dubai had lost a lot of money earlier because of its real estate bubble bursting. Thus, while Riyadh bled financially, prospects for Tehran became bright due to its access to resources blocked due to earlier American sanctions. For instance, many from the airline industry had predicted that Iran Air would emerge as a huge challenge to the Gulf airlines because of the orders it could afford to place for new aircraft. Qatar got a favourable treatment because it was sympathetic to the shift.

With a US military base in Qatar, Doha received even greater support from American thinktanks that were on the same page with Obama regarding the change of policy in the Middle East.

Donald Trump seems to have provided these states a much-desired breathing space without which they feared getting irrelevant in the Middle East. But the regional sanctions against Qatar are not only meant to force it to sever its ties with Iran but also to extract economic opportunities in the form of gas contracts, possibly Doha investing in financially broke projects like ARAMCO, and the UAE’s wish for the US to shift its base from Qatar.

It almost smells like a game that Saddam Hussain had once played vis-à-vis Kuwait, asking it to pay Baghdad’s debt for fighting its long war with Iran. Even at that time, all parties involved were close American allies. However, the one difference is Saudi Arabia’s questionable capacity to fight a war with Qatar that still has an American base.

Notwithstanding investment in its navy and air force, its ground forces that suffer from disciplinary issues may not be a total guarantee of security for the royal family that either looks at Pakistan or Egypt. While Islamabad has good relations with both Riyadh and Doha and has declined to become an active party, Egypt may be an option because Cairo is upset over Qatar’s links with the Muslim Brotherhood, and is enticed by Saudi money. Apparently, Riyadh is using its financial lure to force African states of the Middle East to take the former’s side in this conflict.

Riyadh’s plan seems to be to besiege Doha diplomatically, especially in the Islamic world. However, the conflict could escalate into a military engagement depending on signals from Trump, who has a deep dislike for Muslims and is certainly the inspiration behind the ongoing tension which has started to look like kabuki, a form of Japanese dance.

A war would cripple the Islamic world as Saudi Arabia and its Gulf allies would fight with the help of Egypt and Pakistan against a Qatari-Turkish military contingent. Turkey is displeased with the UAE for its alleged financing of the failed military rebellion in 2016. It has already dispatched 3000 troops for Qatar’s defense.

Despite the fact that Iran has supported Doha through supplying it with food and air route, it is not likely to jump into the conflict, at least not until it gets attacked. The Iranian government is not even provoking Trump who is the man to watch for the drop scene to this bizarre theatre. What can be said with certainty is that whether it is prolonged siege or indirect war through proxies or direct conflict using militaries, the cost to the Middle East will be phenomenal.