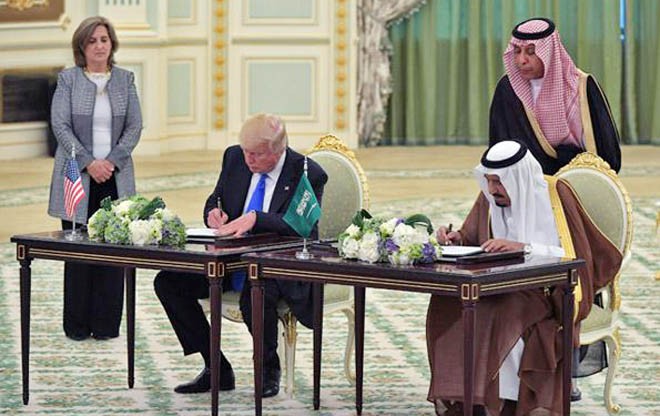 As the world cautiously watches 41 Sunni Muslim states form a military coalition to fight terrorism, it seems Pakistan’s decades-old dream to become a critical stakeholder in the Middle East has finally come true.

The decision of the retired army chief to head the military coalition, the dynamics of which still have to be worked out, represents Pakistan military’s expanding influence and a struggle to play a leadership role in the Muslim world.

While many in the US have expressed reservation about a military grouping which will further solidify the sectarian divide in the Muslim world, it is incorrect to imagine that there was ever an illusion among the military and political leadership of Pakistan on this alignment being strictly among Sunni states. While the constructed narrative in Pakistan was that General Raheel Sharif would use this coalition as an opportunity to bring Iran and Saudi Arabia together, this wishful thinking was put to rest during the US-Arab-Islamic Summit held in Riyadh last weekend, where Saudi King Salman and American President Donald Trump expanded at length on Iran being a threat to the Middle East.

This is indeed a solid Sunni group that offers no compromises. Not that there isn’t any disagreement in the grouping when it comes to pointing guns at Iran, Hamas and Hezbollah; the Qatari Emir Sheikh Tamim bin Hamad al-Thani, for instance, praised Iran during the passing out ceremony of the military national guards for which he came under criticism. There are other countries in the region, like Lebanon, which do not support the idea of demonising Hezbollah -- the militant group that pushed Israel out of Lebanon, and is set on the course of political compromise with other players in the country. Christian groups and parties in Lebanon also support the group.

However, these disagreements will be set aside either due to Saudi or American pressure.

The implications of the coalition are stark for Pakistan, which has a sizeable Shia population. Some unthinking television anchors had, in fact, argued that by sending a retired general to head the military coalition, Pakistan could avoid stepping into the strategic puddle. All such assessments were devoid of an appreciation of Islamabad’s strategic calculus.

While the constructed narrative in Pakistan was that General Raheel Sharif would use this coalition as an opportunity to bring Iran and Saudi Arabia together, this wishful thinking was put to rest during the US-Arab-Islamic Summit.

There are two aspects worth mentioning here. First, it is necessary to comprehend Pakistan’s historical ambition to establish itself as a prominent player in the Muslim world, especially the Middle East. Back in early 1950s, then Foreign Minister of Pakistan, Sir Zafarullah Khan, had done a lot of running around for his country to be given a key role in the Middle Eastern defence. This ultimately translated into the Baghdad Pact -- to counter India on one hand and establish a more significant status in the Muslim world. Saudi Arabia and the Gulf states were more keen to partner with Pakistan than Egypt. It was during the 1970s that Zulfiqar Ali Bhutto reached out to Saudi Arabia and Libya more than to Iran.

Hence, the Middle Eastern link has a history.

Second, successive governments in Pakistan have resisted Iran’s role as a dominant player. This is despite the fact that Tehran’s assistance was used during the 1960s and 1970s to stave off Indian diplomatic pressure. Iran was even considered as Pakistan’s ‘strategic depth’ in case of a full-blown conflict with India.

Along with this, there was a discomfort regarding several suggestions by the Shah of Iran to build a coalition or even a confederation comprising Iran, Pakistan and Afghanistan. Relations with Iran started to turn sour under Bhutto who wanted to create a niche for himself and his country, rather than come under Iran’s umbrella. Even Ayub Khan had ignored the Shah and hence Iran when he mentioned Jordanian assistance during the 1965 war.

The role of various religious groups, like Jamaat-e-Islami and Jamiaat Ulema-e-Islam, in building linkages between Pakistan and the Sunni Muslim world cannot be overlooked. They were able to influence the country’s leadership with their ideological bias. Also, the role of Pakistan’s educated middle and upper-middle classes in constructing Saudi Arabia and numerous Gulf states was quite significant. One of the earlier heads of the Saudi Arabian Monetary Agency (SAMA), Anwar Ali, a Pakistani, was very close to Saudi King Faisal.

Such linkages worked both ways, and built a two-way conversation between Pakistan and the Arab Gulf states.

As the Pak-Saudi military linkage further bolstered due to cooperation during the anti-Soviet war in Afghanistan in the 1980s, relations with Iran suffered as both Islamabad and Tehran challenged each other on their share of influence in Kabul.

The fact that Iran did not budge from its position in Afghanistan, despite being assisted on the nuclear front, caused some bitterness against Tehran as a less reliable partner in Rawalpindi. Then, there is always this suspicion of Iran financing the Shias in Pakistan.

Iran’s partnership with India has made Pakistan even more anxious, as Lt. General (retd) Amjad Shoaib pointed out in a recent television interview. Though he is right in stating that states make their own strategic choices, many in Pakistan fail to understand how Pakistan could benefit by creating a hostile environment in its neighbourhood. Unless, we assume, Pakistan’s realism is laced in a feudal mindset that cannot make long-term calculations.

While making ambitious assessments, all states must cautiously review their capacity and factor in threats and weaknesses.

The imagined Arab NATO is a recipe for enhancing challenges in the entire Middle East, including Pakistan. In the coming years, the alignment will inadvertently focus on further dividing the Muslim world, and perhaps, bringing greater job opportunities in our military sector.

The question is whether it’s worth the risk?