A virtual tour of Thailand 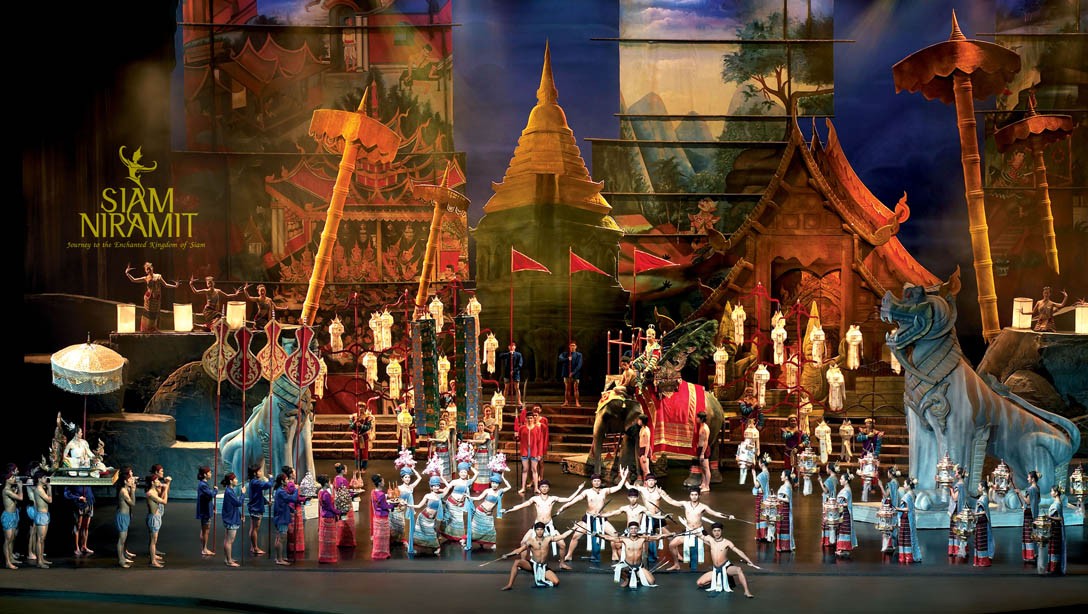 Recently I had the privilege to attend Bangkok’s Siam Niramit at Thailand Cultural Centre in Bangkok. It is a must-watch show in Thailand with over 150 performers and more than 500 colourful costumes, and one of the largest stage productions of the world.

Quite similar to Pakistan, Thailand is divided into four regions. The cultural centre has a cultural village setup, where you can experience the different rural lifestyles of the regions of Thailand -- scenes of locals preparing Kao Mao, a Thai dessert on the street while someone else weaving silk like it is done in northeast of the country. As you move around the village, you get a view of the daily lives of different tribes and their unique traditions.

But this, along with traditional Thai music performances just outside the auditorium, where the main show is held, is just a glimpse of Thai culture to keep the guests entertained, engaged and prepped up for the big show.

The auditorium at Siam Niramit has a capacity of 2,000 people. The show is performed every day, though not always to packed audiences. You may not understand their language or religion, but performances like these help acquaint foreigners with Thai culture.

The show is a virtual tour of sorts -- it takes you to the North, the South Sea, the Northeast and the Central Plains. Divided into three acts, the show opens with the release of ceremonial lanterns at the Ancient Kingdom of Lanna as a mark of support to the kingdom. In this act, the South Seas highlight the blend of Buddhist and Muslim cultures and how the Chinese merchants entered into Thailand to barter goods. Moving to the Northeast, the spotlight shines on the heritage of their Khmer Civilisation while the Central Plains was about Ayuthaya, once the capital of Thailand before it was hit by the attacks from Burma. Audiences are shown the simple life of the region where people cultivate rice to earn livelihood.

The second act is about the concept of heaven and hell. Similar to our culture, they believe that good or bad deeds in the world result in merit or suffering in the afterlife. Both heaven and hell were beautifully shown on the humongous stage with complete light and sound effects: Hell emotes crimson fury while heaven emanates a blue-green serenity.

You may not understand their language, but performances like these help acquaint foreigners with Thai culture.

Act three has a couple of joyous festivals like Loi Krathong in which they released candles on a bed of flowers into the river to ward away bad luck and welcome good fortune into their lives. The best part about the show is that it is interactive in nature. Like in the act involving Loi Krathong, and a comic musical act, people from the audience were invited to go on stage and perform with the actors.

The show is awe-inspiring. They have a river for Loi Krathong, a huge demon of hell along with a pit of fire, angels flying in the air in heaven, elephants in the battle sequences and the ship through which the Chinese entered Thailand, all on stage!

This is how huge their stage was. In the blink of an eye, they lift up and slide distinctly different sets on the stage.

As impressive it is to see the various cultures inside Thailand bring their best on stage, you find yourself questioning the possibility of having something like this in Pakistan. You imagine what it would be like having Sindh, Punjab, KP and Balochistan on stage with their respective history, culture and ethos artistically incorporated and displayed through entertainment. Not only would this help us understand our roots better but acquaint foreigners with Pakistan’s culture using the language of art -- something everyone understands.

Until then, however, next time you visit Thailand, take a break from the shopping, and do take some time to see the show at Siam Niramit show. You will not regret it.

A virtual tour of Thailand 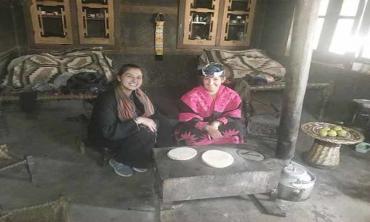 Documenting the food map of Pakistan