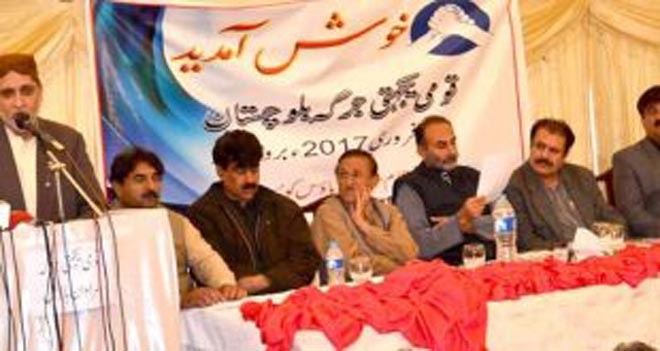 Politics relating to the sixth population census is heating up. Initially only the Baloch nationalist parties opposed it, alleging that the presence of Afghan refugees in Balochistan will alter the demographic balance against Baloch. They hold the census will give birth to a series of problems.

On February 18, a gathering of tribal and political elders, Qaumi Yakjehti Jirga, was held to discuss the census. Not only Baloch and Pashtun but also Hazaras and settler communities participated in the jirga. They discussed the census for hours, and unequivocally decided to demand from the federal government that foreigners be not made a part of the forthcoming census.

This jirga is of paramount importance, because, for the first time, the leadership of communities living in Balochistan has come together to block the inclusion of foreigners in the population census. This show of solidarity has certainly inflamed the census debate in Balochistan.

Now, if refugees are counted too, the census may become controversial for all the wrong reasons.

Mahmood Khan Achakzai, leader of the Pahstunkhwa Milli Awami Party (PkMAP), is strongly campaigning for a timely census, without any change in the head count process. Likewise, Abdul Majeed Khan Achakzai, a member of Balochistan Assembly and cousin of Mehmood Khan Achakzai, while criticising the Pashtun participants of jirga, said, "All Pashtun leaders who participated in the [census] jirga have actually damaged the national interest of Pashtuns in Balochistan."

PkMAP is the only party opposing the jirga.

Maulana Muhammad Khan Sherani, Chairman Council of Islamic Ideology and a Pashtun leader of Balochistan, attended the census jirga. In a press statement a couple of days after the jirga, he stated, "Foreigners should not be counted in the census in anyway and that’s a fair and genuine demand".

For the first time, the leadership of communities living in Balochistan has come together to block the inclusion of foreigners in the population census.

Even the Awami National Party (ANP), a self-proclaimed second largest Pashtun nationalist party in the province, does not oppose the demands of the tribal jirga. At most it would like to debate the issue at an all parties conference than a jirga.

Almost everyone in Balochistan is concerned about the consequences of the census, except, perhaps, Chief Minister of Balochistan, Nawab Sanaullah Khan Zehri. A source told this scribe on condition of anonymity that the CM believes that the Baloch are in majority in Balochistan, and will remain so even after the census.

Anwaar ul Haq Kakar, spokesman of the Balochistan government, also brushed aside the claims of delaying the census. He says that census will be held in Balochistan at the given date, and no demand to extend it can be entertained. "It’s obvious that the foreigners will not be included in the census and therefore making demands to exclude them from the census are absurd."

Journalist Shahzada Zulfiqar says the federal government cannot ignore the demands of the jirga because it has "delivered a strong message that census is not acceptable in the present circumstances."

The last census, held way back in 1998, was also controversial because PkMAP boycotted it. Now the party is in the government and a leading proponent of the census. Ironically, Sardar Akhtar Mengal was the chief minister of Balochistan in 1998, and presently his party is a leading opponent of this forthcoming census.

The federal government must take considerations of the grand census jirga seriously. They are not unreasonable demands. It’s a fact that Afghan refugees exist in Balochistan in a large number who can disrupt the demographics in Balochistan. Although there is no mechanism to tell how large are they in number.

The federal government cannot afford to make the long-awaited sixth population census controversial in Balochistan. The simple possible solution is to delay the census in Balochistan for a few months, and meanwhile a refugee census be conducted to ascertain their exact number and location. Once this data has been compiled, a proper census can be conducted in Balochistan which will not only be free from controversy but will be acceptable to all stakeholders.